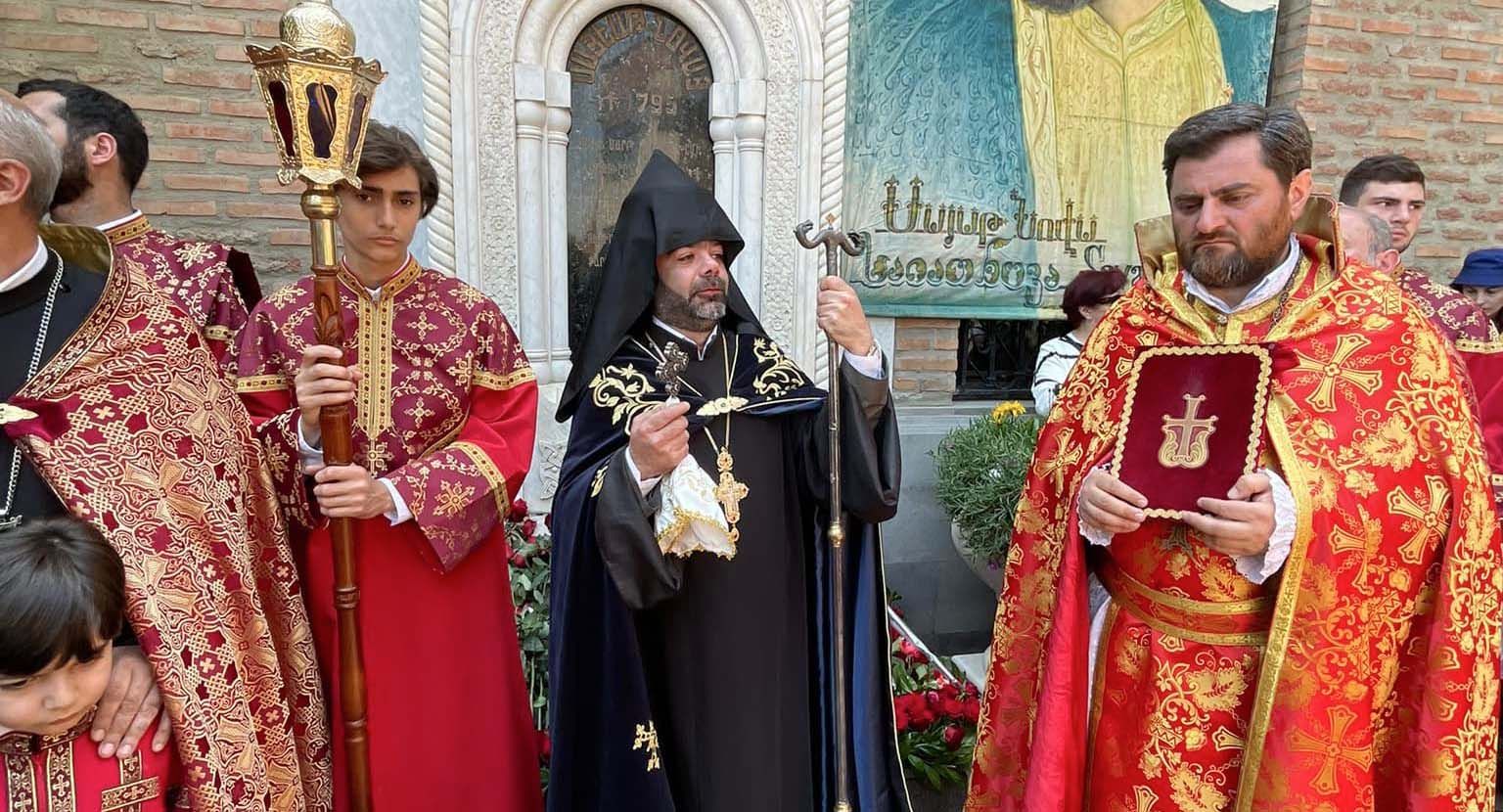 After a two-year break caused by the pandemic, on the last Sunday of May, the music and songs of unique singer and poet Sayat-Nova spread in Meydan district of Tbilisi, creating a festive mood among the multinational and multi-religious population of the Georgian capital.

The traditional Vardaton (The Feast of Roses) dedicated to Sayat-Nova, maintaining its strong place in the city chronicles, this year was celebrated on May 29, 2022, on the last Sunday of May, preserving the centuries-old traditions, charm and beauty, honoring the love, friendship, and philosophical taghs (tagh - Armenian written poem and song) of immortal ashough Sayat-Nova and the praise of roses.

The festival, established for more than 300 years with a beautiful tradition of honoring the heartfelt, thoughtful and always modern Sayat-Nova's art, gathered admirers of folk songs and Sayat-Nova’s art in multinational Tbilisi, who came to the Cathedral of Saint George to lay red roses at the tomb of Sayat-Nova, the great Armenian ashough and the singer of peoples' friendship, conveying to the generations his greatness, the uniqueness of his songs, his ashough art’s immortality. 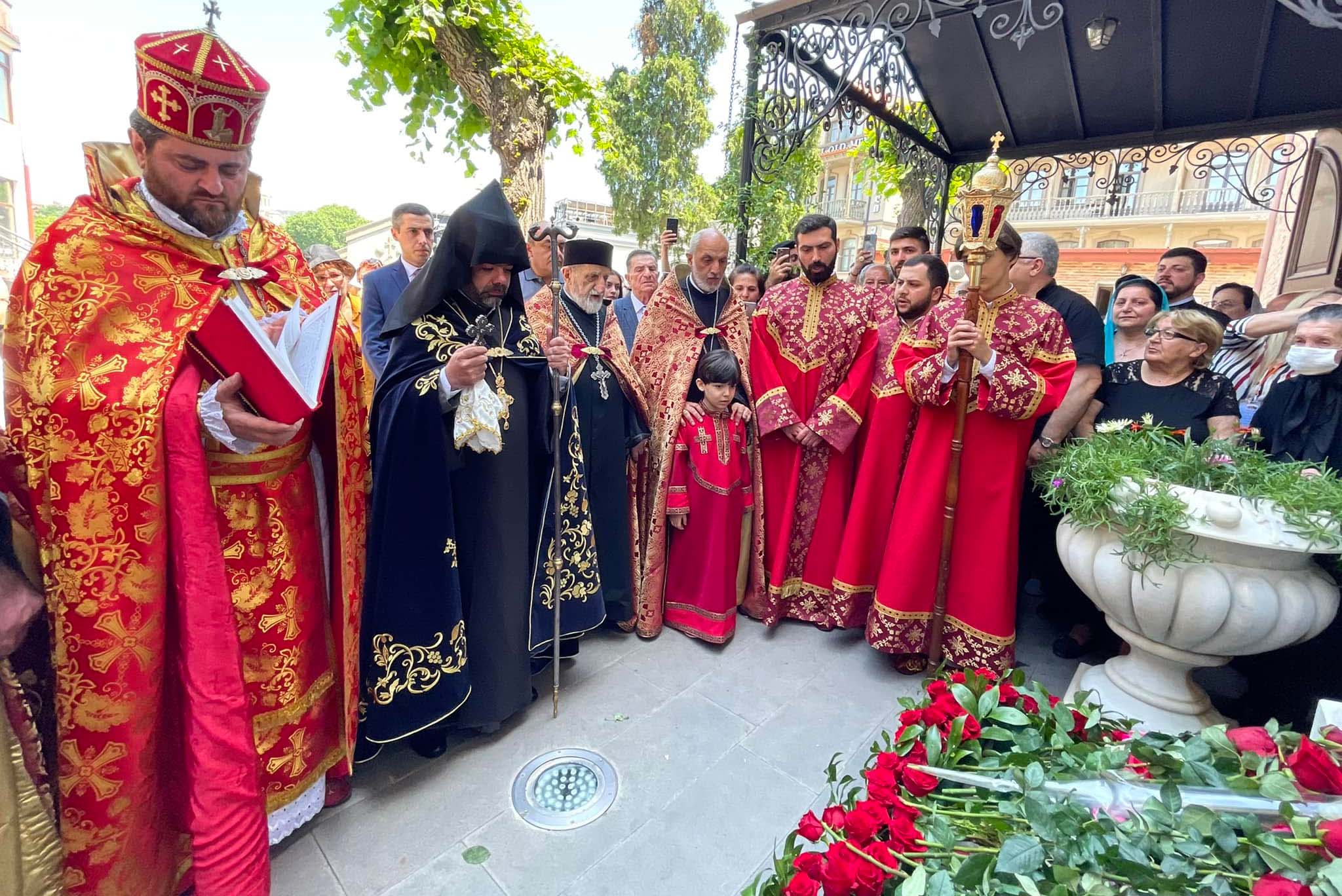 With the blessings of the Primate of the Armenian Diocese in Georgia, Rev. Father Archimandrite Kirakos Davtyan and at the initiative of “House of Hovhannes Tumanyan” Center for Science and Culture, Vardaton (The Feast of Roses) dedicated to Sayat-Nova, launched from 18 Amaghleba Street, from the former apartment of the All Armenian poet Hovhannes Tumanyan. Representatives of different nationalities gathered here from Ninotsminda, Akhalkalaki, Batumi, Ozurget, Mirzoyevka and Karmir villages of Marneuli, the delegation of the Writers' Union of Armenia, different groups from Ijevan, RA, accompanied by their leaders and spiritual servants, diplomats of the RA Embassy in Georgia, staff members of Petros Adamyan Tbilisi State Armenian Drama Theatre  and “Vrastan” (“Georgia”) newsletter, officials and students of the centers of the Armenian Diocese in Georgia, as well as representatives of the Armenian community of Tbilisi marched with red roses to the Cathedral of Saint George, reminding the people of Tbilisi about Sayat-Nova, the singer of friendship of peoples who was born in this city.

The participants of the march laid flowers at the symbolic monument of Sayat-Nova in Meydan district and took part in Sunday Divine Liturgy celebrated by Rev. Father Virap Ghazaryan under the presidency of the Primate of the Armenian Diocese in Georgia, Rev. Father Archimandrite Kirakos Davtyan in the Cathedral of Saint George.

At the conclusion of the Divine Liturgy, near Sayat-Nova’s grave in the church courtyard, Requiem Service was offered under the presidency of the Primate of the Armenian Diocese in Georgia, Rev. Father Archimandrite Kirakos Davtyan and with the participation of the clergy. The Diocesan Primate spoke about the immortality of Sayat-Nova's art, the unforgettable memory of the unique Singer.

Those present decorated the tomb of the immortal Sayat-Nova with roses and flowers, their love and smiles. Afterwards, in Meydan district, in Gorgasali Square, the traditional Vardaton started spreading the ashough song, words and music becoming an expression of love towards the poet and musician Sayat-Nova and the immortality of his art. 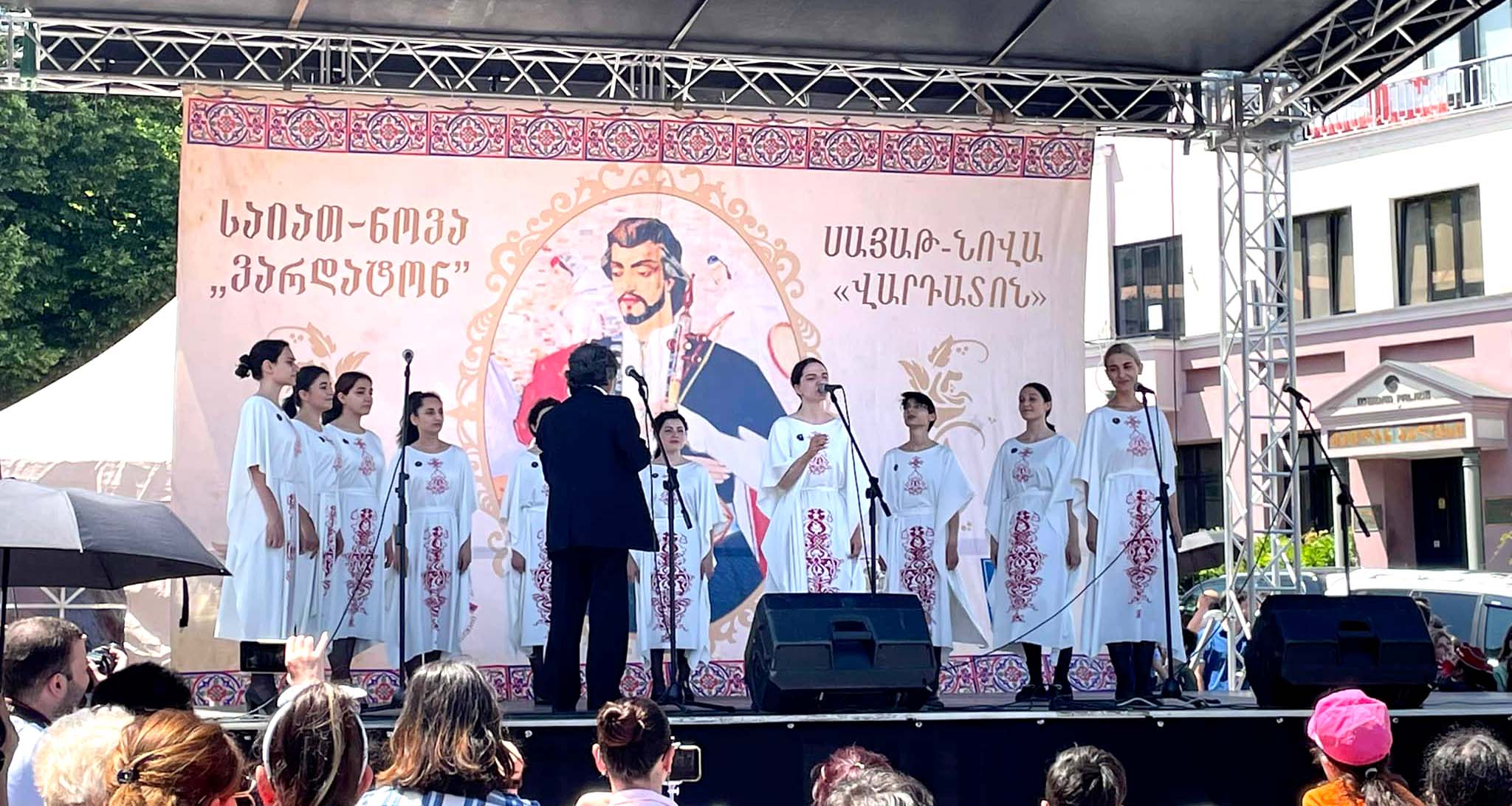