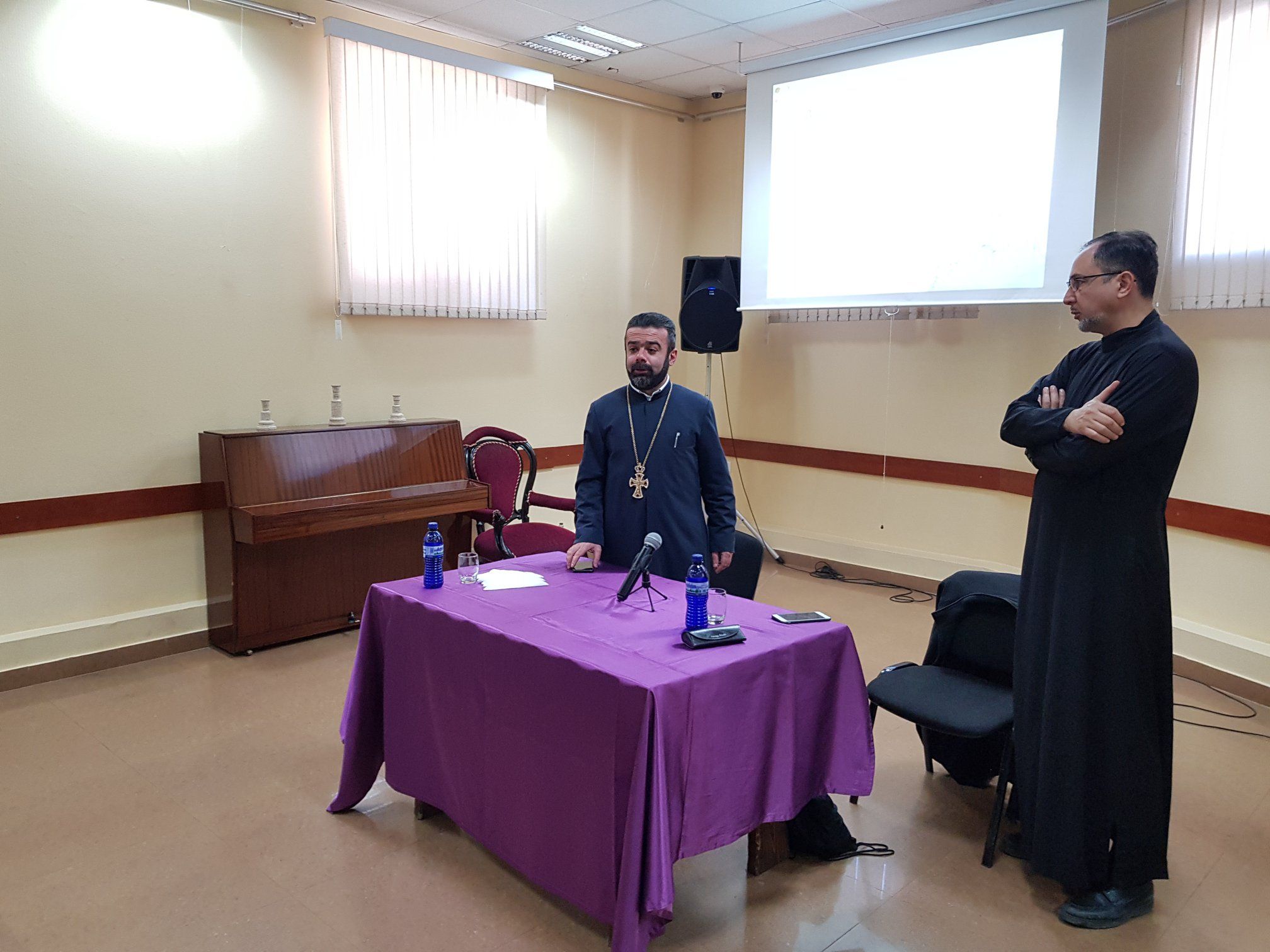 On November 10, 2019, discussion of Antoine de Saint-Exupery's "The Little Prince" novella took place at the "Hayartun" Center of the Armenian Diocese in Georgia. The event was held within the framework of the "Interreligious communication and critical thinking" project of the Patriarchate of the Georgian Orthodox Church.

Young people gathered around the Diocesan youth department, university students, Sunday school students were in attendance, as well as participants of the project were hosted.

The event was honored with the presence of the Vicar of the Armenian Diocese in Georgia, Rev. Father Archimandrite Kirakos Davtyan, accompanied by the director of the Department of Youth Rev. Father Tatev Marukyan.

Giorgi Tserodze, author of the project, presented the purpose of his idea's fulfillment, which aims to activate communication among the young people of different religions and nations through discussions on the values and ideas which are acceptable for all the religions. For that purpose, the author chose "The Little Prince", Antoine de Saint-Exupery's famous novella as the topic of the first discussion.

The participants shared their opinions. The youngsters spoke about the characters' understating of creation of the world, their ideas about the kindness, love, loyalty, differentiated the "discussion" and "criticism". The new perception of the novella at young ages was definitely emphasized.

The event was summed up by the Vicar of the Armenian Diocese, who highlighted the significance of meetings and discussions of representatives of various religions, mentioned that during such meetings human values that are acceptable for different nations and religions should be discussed.

The author of the project Giorgi Tserodze said that such meetings will promote the development of youth communication and collaboration.