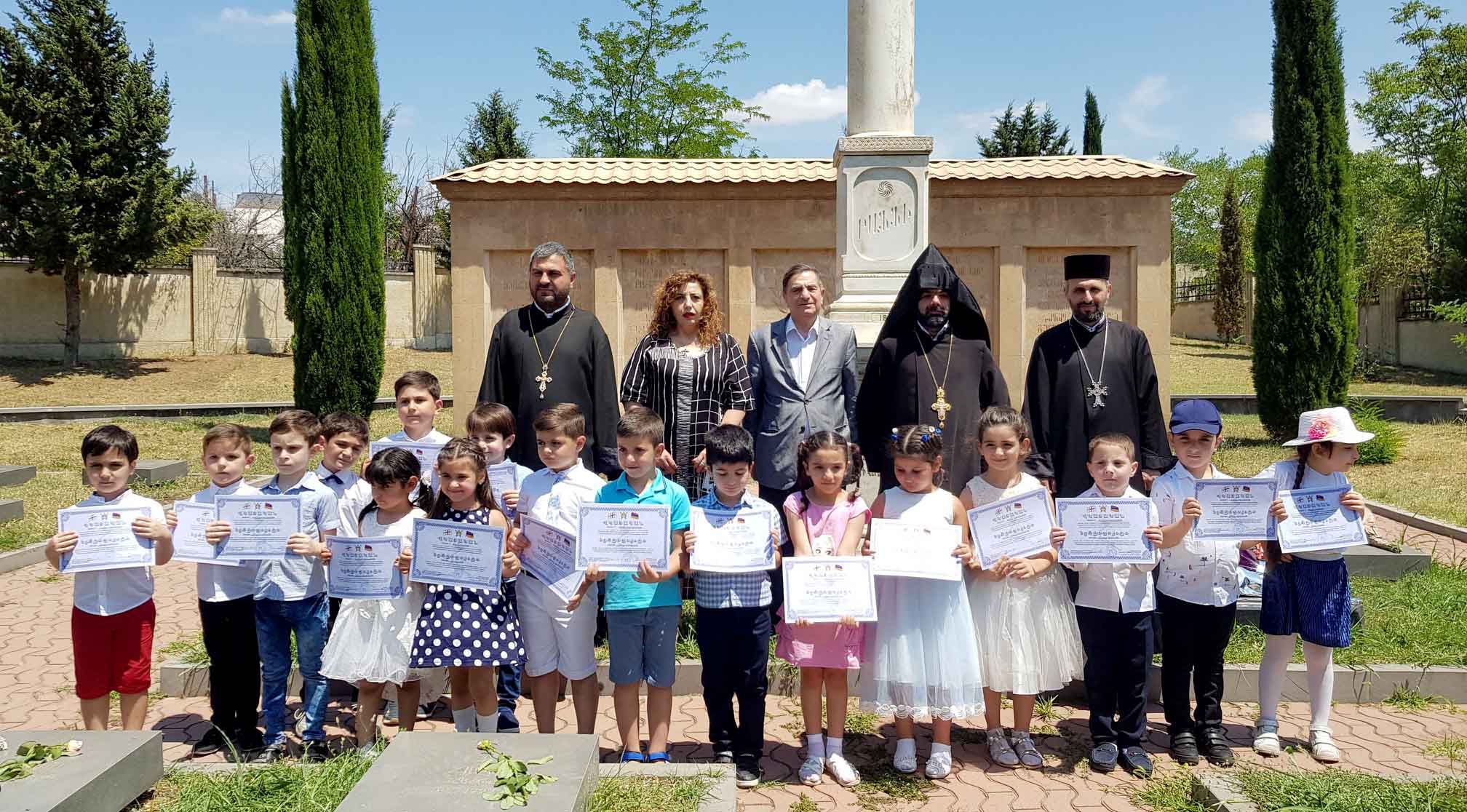 On July 2, 2020, the Feast of the Holy Translator Archimandrites Sahak Partev and Mesrob Mashtots and their pupils was celebrated in Tbilisi with a traditional visit to the Pantheon of the Armenian Writers and Public Figures ''Khojivank''. Despite the scorching summer day, the cemetery of great Armenian celebrities was crowded.

Students, their parents and teachers of ''Saint Moses of Khoren'' Preschool, ''Saint Gregory of Narek'' Saturday school, and ''Saint Elias the Prophet'' Sunday school gathered there with beautiful bouquets. The attendees decorated the tombstones of the great Armenian celebrities with flowers.

Under the presidency of the Vicar of the Armenian Diocese in Georgia, Rev. Father Archimandrite Kirakos Davtyan, a Requiem Service was offered for the peace of the souls of great sons of the Armenian people.

At the conclusion of the Service, Rev. Father preached about the mystery of the day, and named the Day of the Holy Translators a feast of national identity, science, education and faith of the Armenian people; congratulated on the occasion of the Feast and encouraged to live being proud of the Armenian writings and Armenian identity. 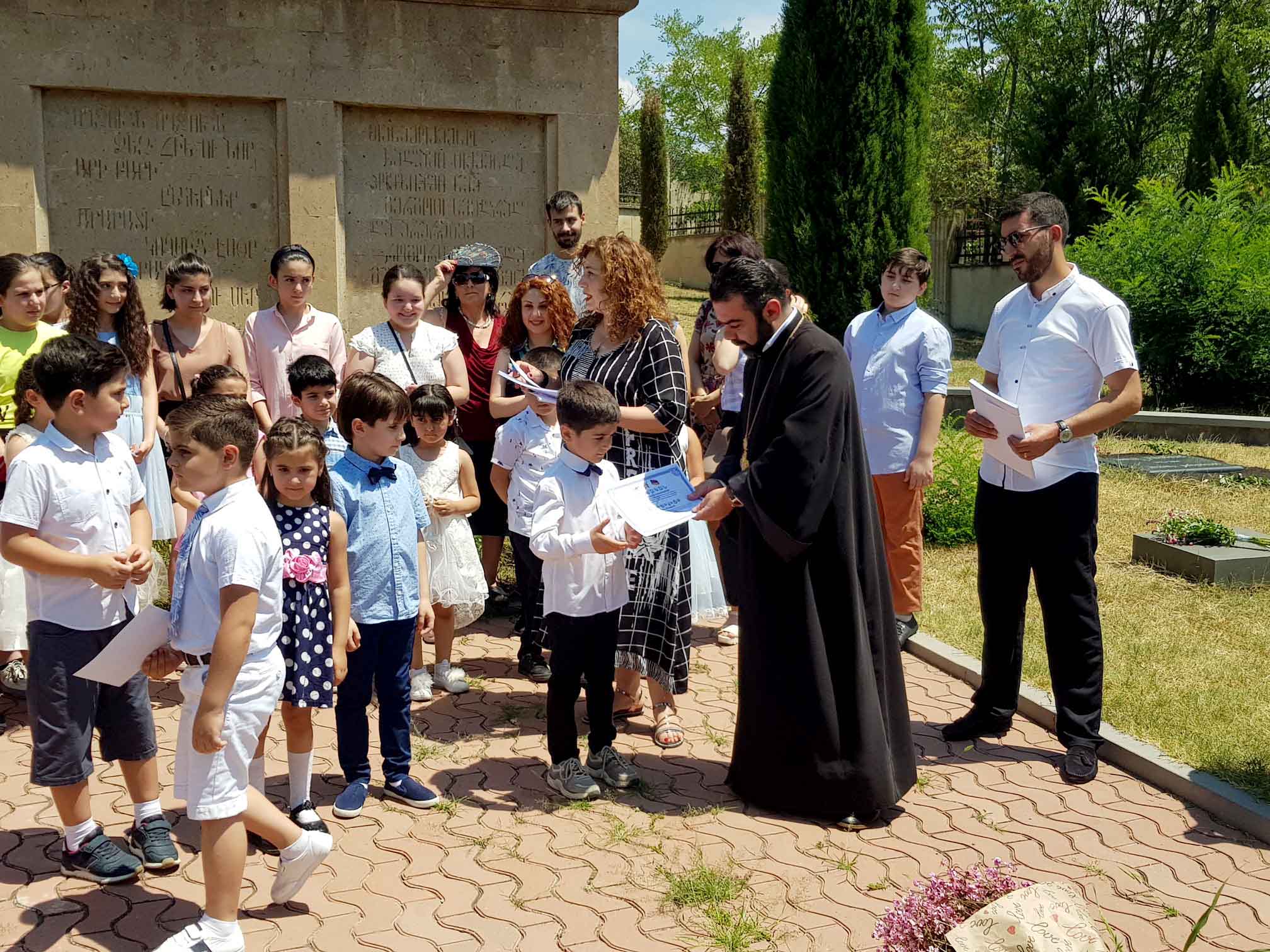 The Diocesan Vicar connected the mystery of the day with the activities implemented by Diocesan Educational Department. As a result, numerous Armenians have an opportunity to learn Armenian language, the history of the nation and the church. He highly appreciated the work done by Director of Educational Department Eugenia Markosyan, honored teachers Roza Zohrabyan, Tamara Gaboyan, Revik Karapetyan, as well as preschool teachers Metaksya Ghazaryan and Lia Khitarishvili and others in order to teach native language, inspire love, devotion and patriotism to the students. He congratulated the students of the preschool on praying in Armenian and continuing their education in the Armenian school.

Artistic director of the Petros Adamyan Tbilisi State Armenian Drama Theatre Armen Bayanduryan and editor of ''Vrastan'' (''Georgia'') newsletter Van Bayburdyan made speeches and conveyed their congratulations at the open-air event. Appreciating the aim of the traditional event, they urged the parents to give their children education in their native language, which is also an expression of thinking in native language, being proud of the nation's history and culture, living with devotion to their nation, as well as patriotism, loyalty to the Christian faith and the Armenian Church.

Eugenia Markosyan, Director of Diocesan Department of Education, presented the changed format (because of the pandemic) of the activities carried out by the educational department. She mentioned that during the current year, 15 of the 23 graduates of ''Saint Moses of Khoren'' preschool will continue their education in Armenian schools, which she called a targeted victory of the preschool. She noted that Armenian language schools have held their classes online. 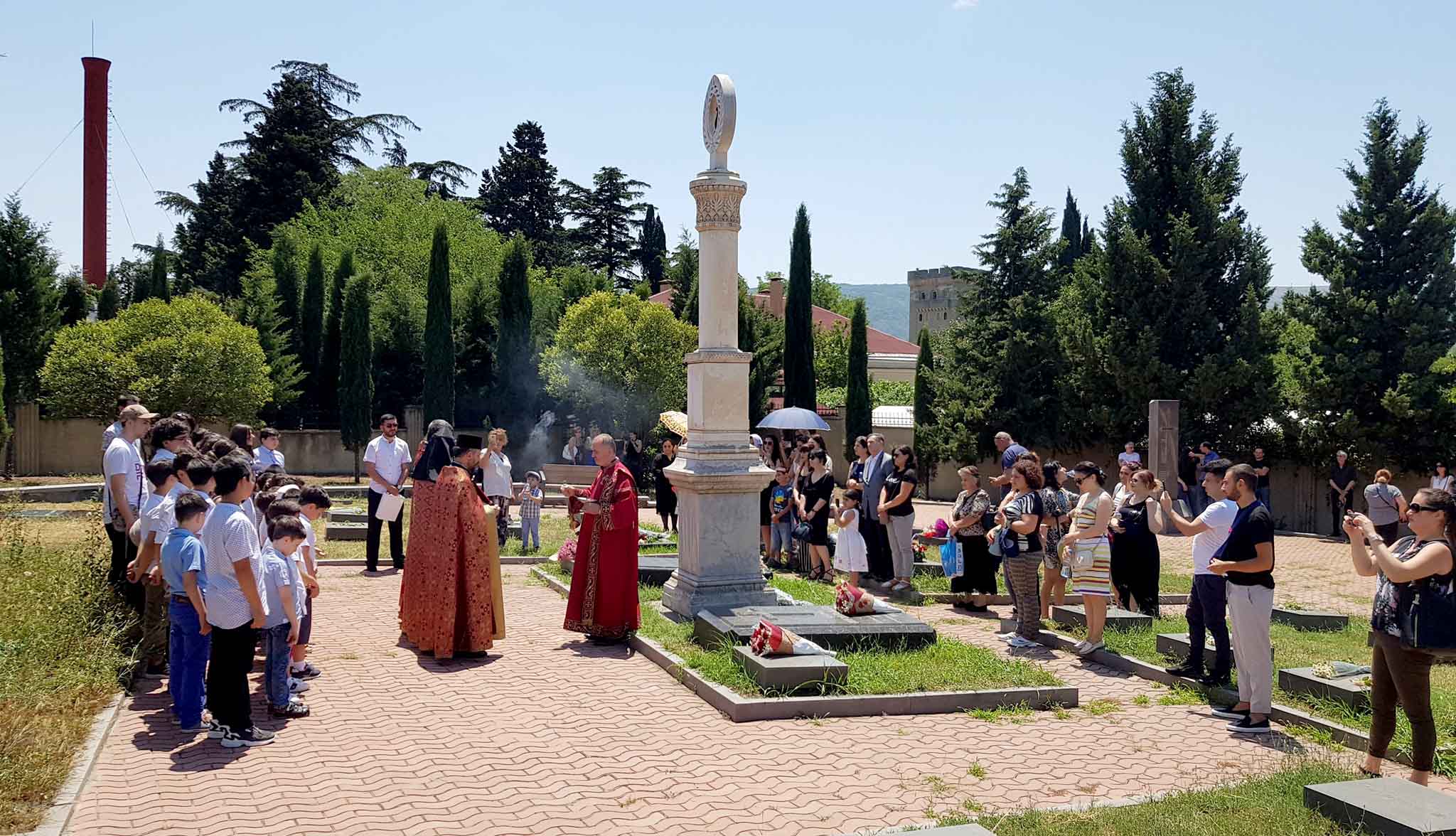 At the end of the event, students of ''Saint Moses of Khoren'' preschool and one-day schools, who had actively participated in online classes, received graduation certificates and letters of thanks from the Vicar of the Armenian Diocese in Georgia, Rev. Father Archimandrite Kirakos Davtyan. The event was concluded with beautiful recitation of preschool and one-day schools students prepared on the occasion of the Feast.