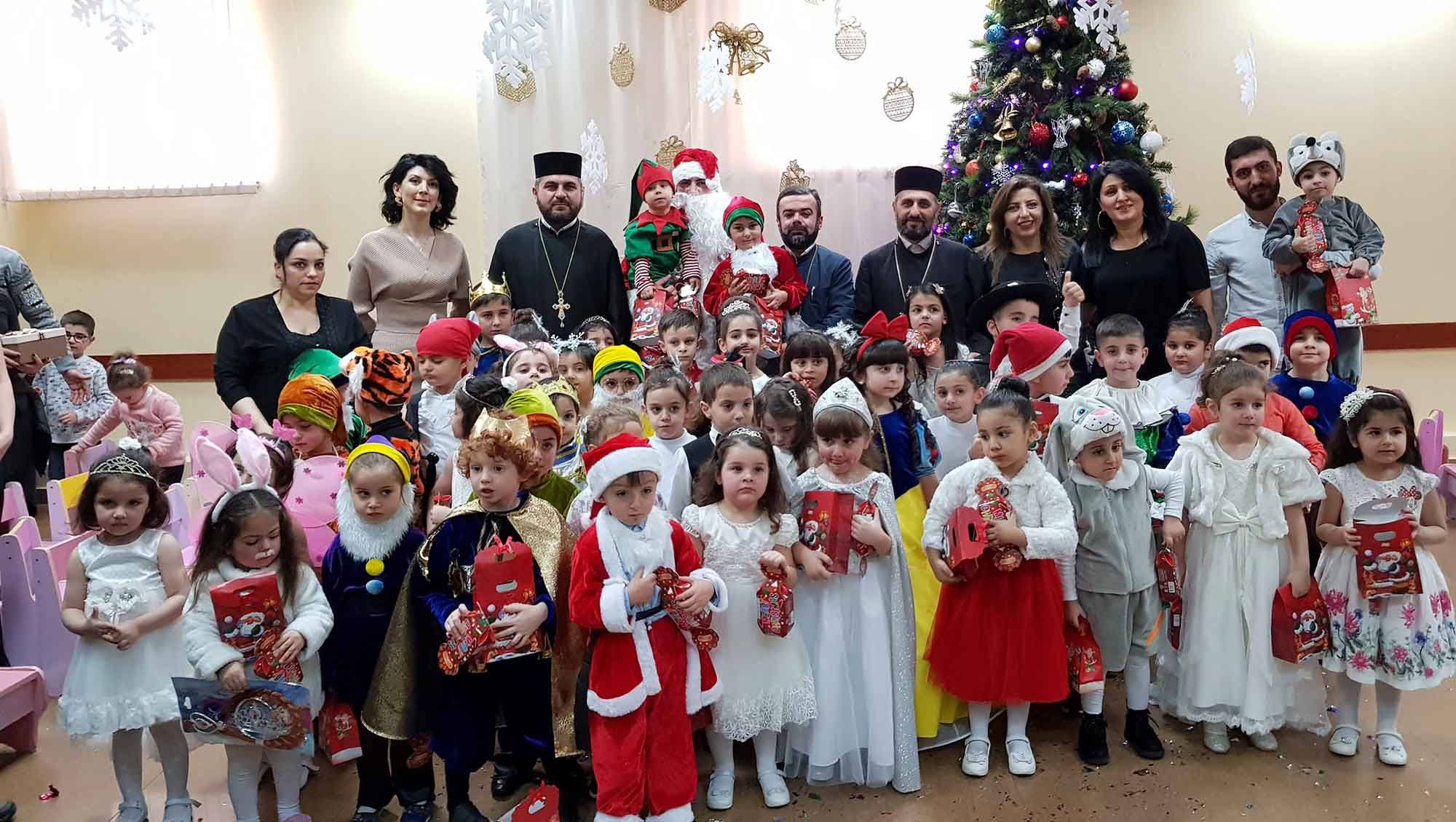 On December 26, 2019, the Christmas Party organized by ''Saint Moses of Khoren'' (''Surb Movses Khorenatsi'') Preschool took place in Calouste Gulbenkian Hall of ''Hayartun'' Center of the Armenian Diocese in Georgia.

The hall was decorated and had truly festive New Year appearance thanks to efforts of preschool teachers and with the support of students' parents. The Christmas tree with beautiful decorations was proudly standing in the hall. The beautiful and lovely children were in the center. They were wearing wonderful clothes; some of them had forest inhabitants look, or angels, and others seemed heroes of fairy tales. The preschool students were well aware that the New Year is also snowflakes, Snow Maiden and Santa Clause with his gifts. 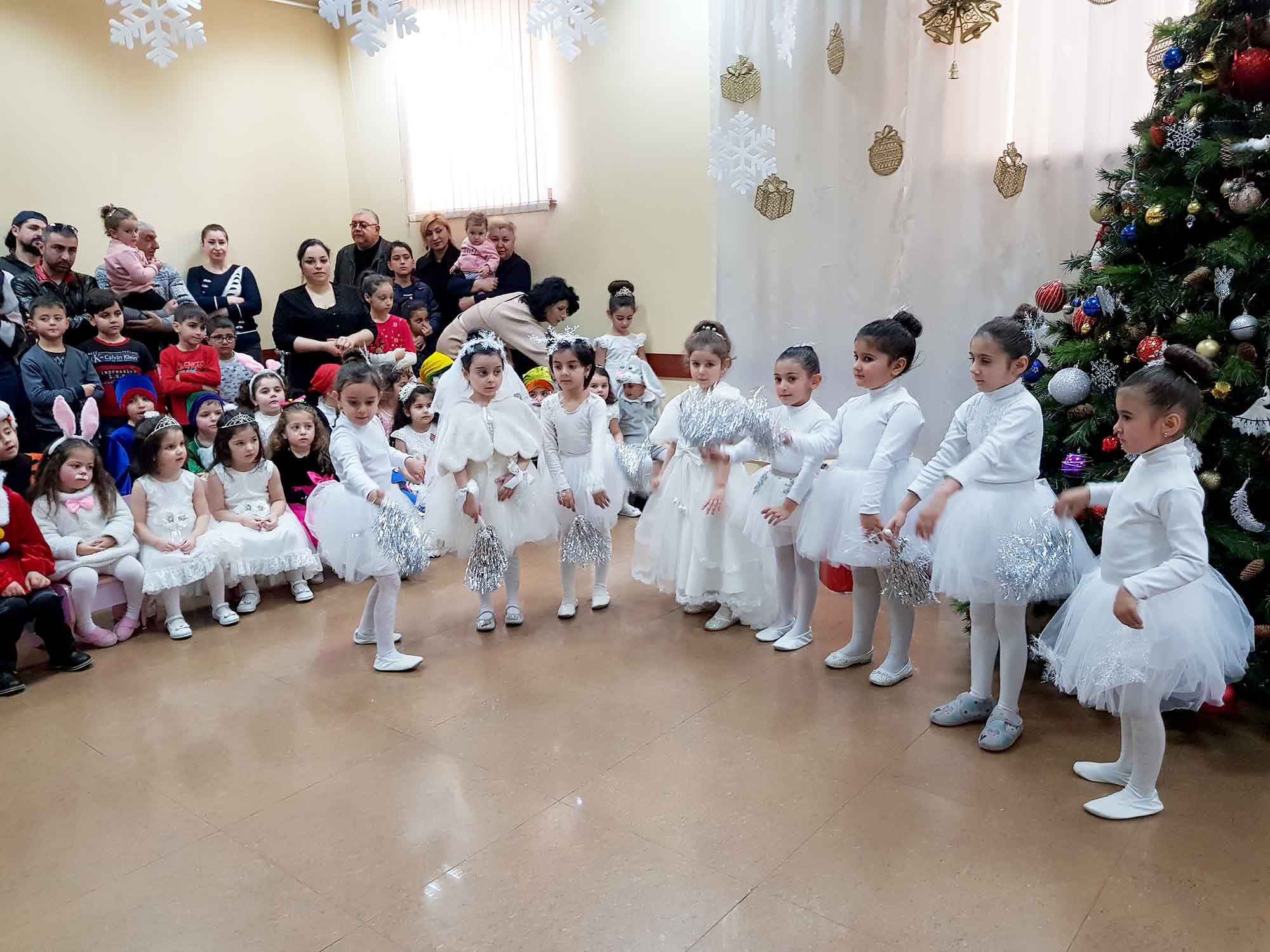 The Vicar of the Armenian Diocese in Georgia, Rev. Father Archimandrite Kirakos Davtyan, Diocesan officials and clergymen were the honorable guests of the party. 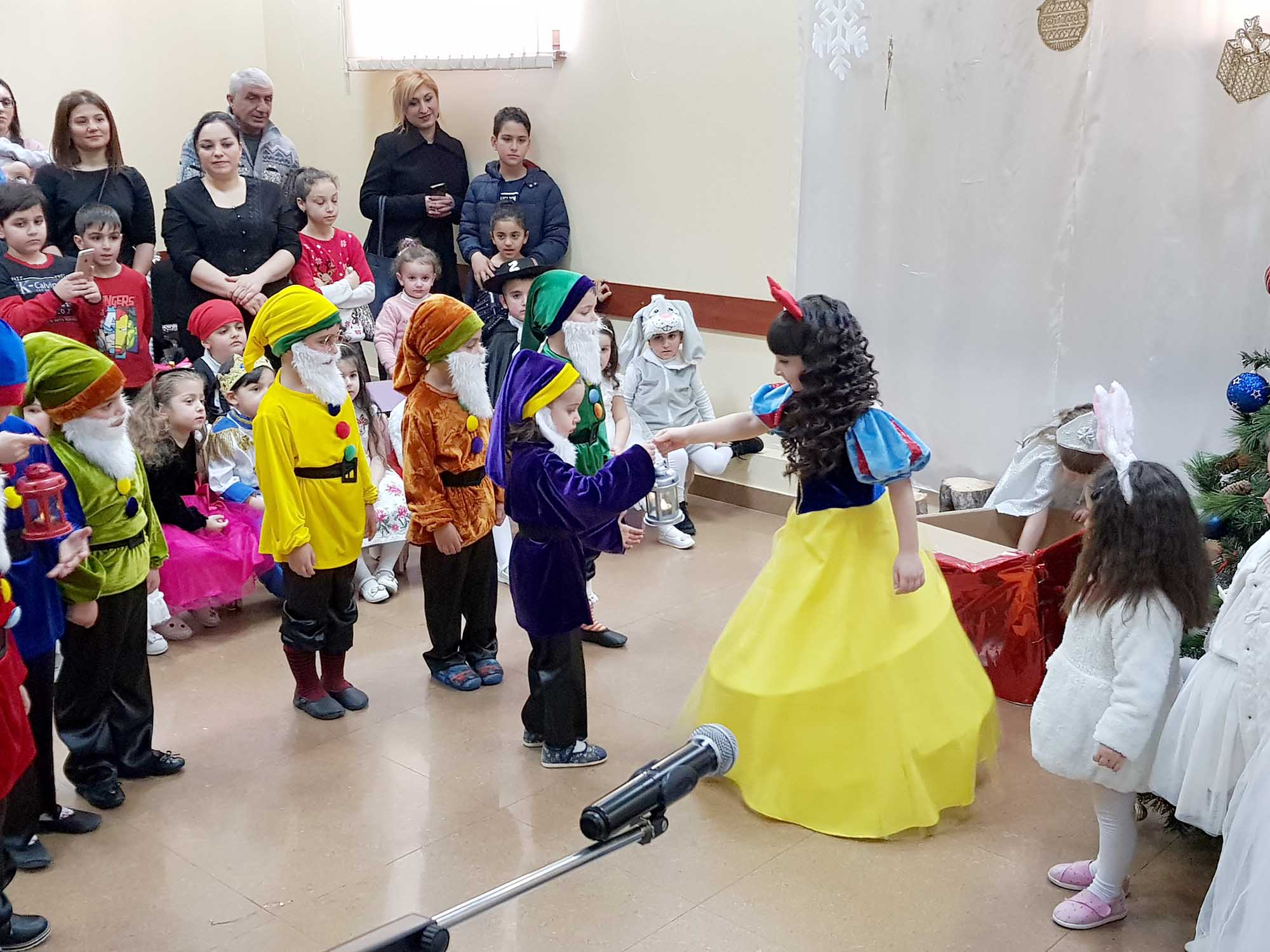 After the opening remarks and congratulations on Christmas by Eugenia Markosyan, Director of the Department of Education (Armenian Diocese in Georgia), the excited children were waiting for New Year and Santa Claus who would definitely come, but only after their good performances. The children had prepared their performances very well and they wanted the parents, grandmother and grandfathers, guests, and most importantly, Santa Claus, to like it. The children recited, sang and danced presenting all the things dedicated to the New Year they were taught by their respective teachers.

Traditionally, the festive mood, created by preschool students, was joined by Santa Claus who praised them for their beautiful performances. 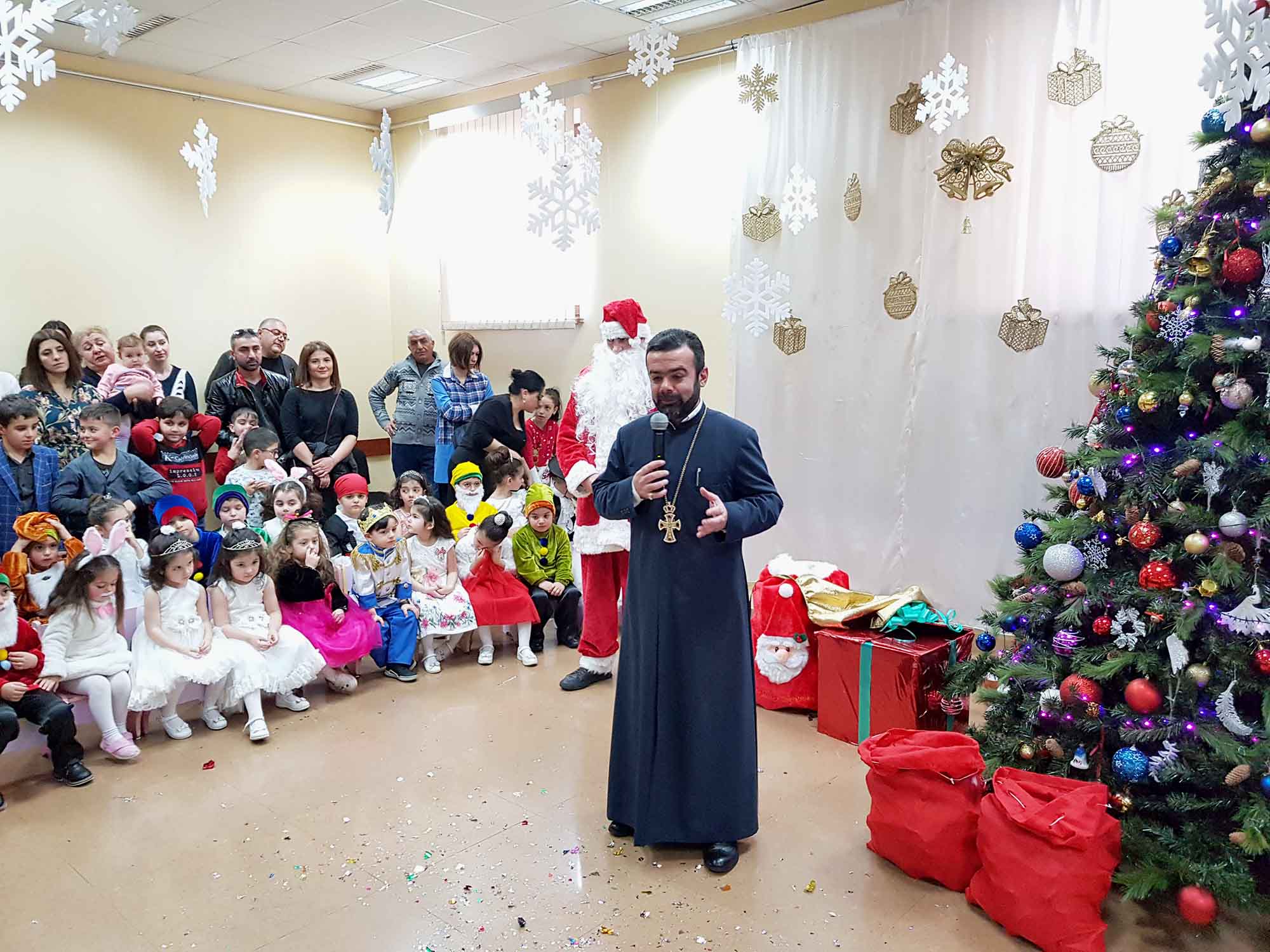 At the conclusion of the event, Vicar of the Armenian Diocese in Georgia, Rev. Father Archimandrite Kirakos Davtyan offered his blessings to the attendees. Highly appreciating activities of the preschool, which always creates a happy, joyful mood for the guests with its beautiful events, he also valued this interesting party dedicated to the New Year. Rev. Father also praised the parents who bring their children to this center which mission is preserving Armenian values. He appreciated their confidence that here their children will receive Armenian upbringing and preschool education, grow up with prayer, feelings of goodness and faith. Rev. Father gave an appreciation letter to the preschool active parent Gyulasaryan for the support to the preschool activity. 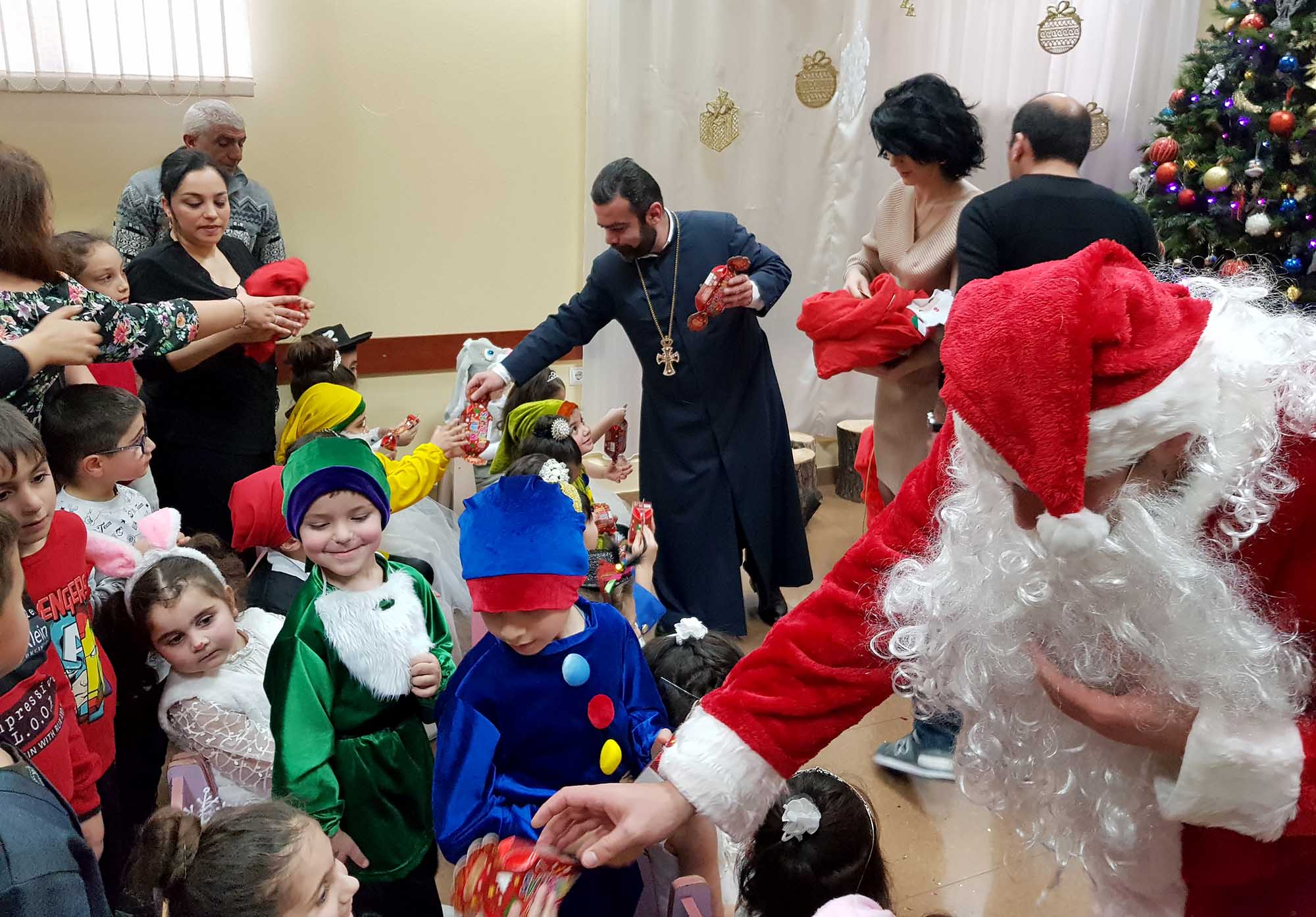