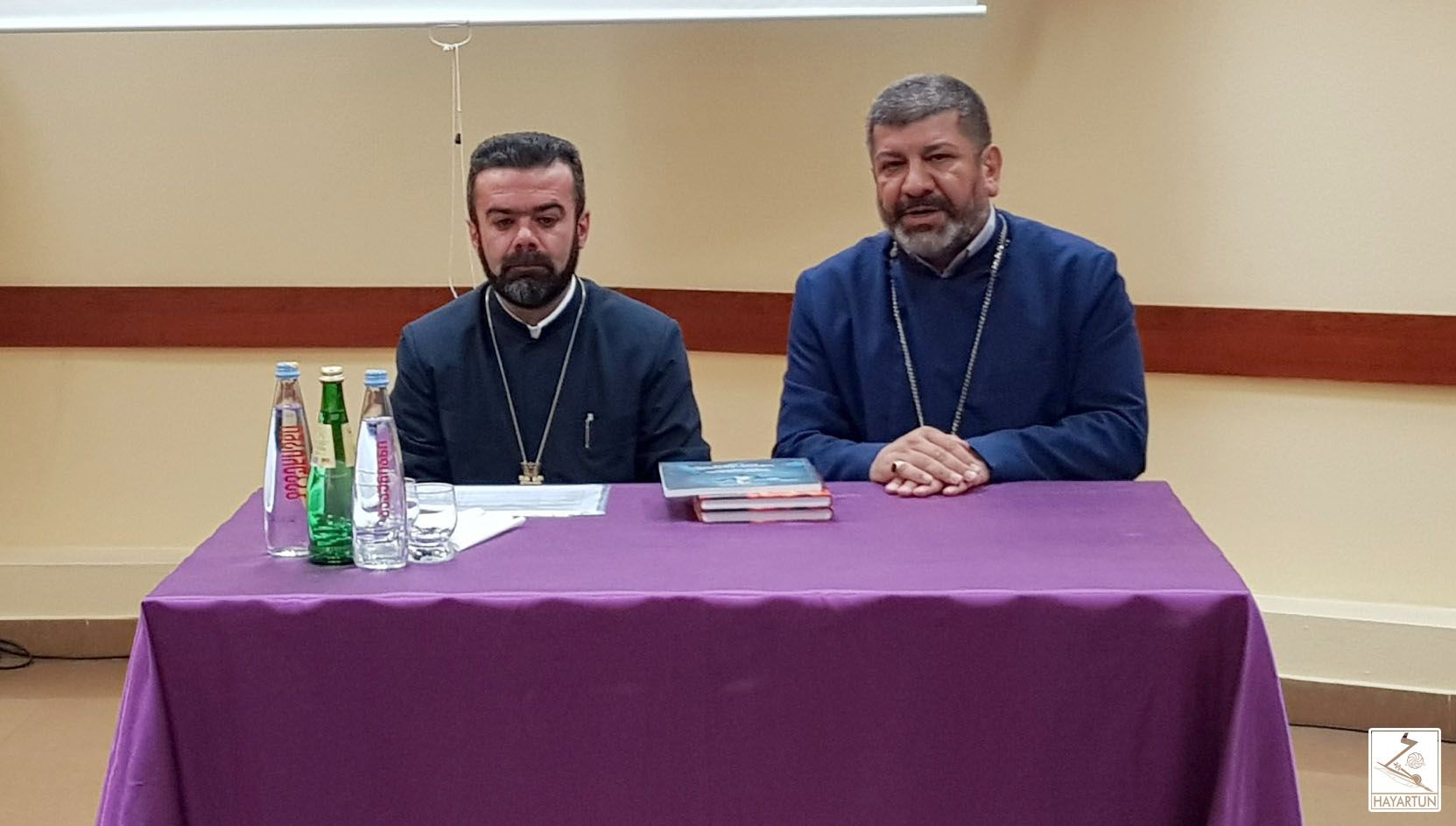 On July 9, 2019, the newly appointed Vicar Rev. Father Kirakos Davtyan had the first meeting with the clergy and the Diocesan officials in the "Hayartun" Educational, Cultural and Youth Center. In attendance were His Grace Bishop Vazgen Mirzakhanyan, the Prelate of Samtskhe-Javakheti and Tsalka's General Prelacy Rev. Father Maghakia Amiryan, the Pastor of the Karmir (Red) and Aghkyorpi villages in the Marneuli region Rev. Father Zaven Yazichyan and others.

After the Lord's Prayer, the former Primate of the Armenian Diocese in Georgia, His Grace Bishop Vazgen Mirzakhanyan introduced the newly appointed Vicar to the attendees, wished him success in his service and informed about the system of the Diocese’s activity, as well as the prospect of appointment to serve local spiritual servants.

Rev. Father Kirakos thanked the former Primate for transferring of such a well established and already steadfast diocese and expressed hope that with the blessing of Almighty God and together with the Diocesan clergy and officials they would be able to ensure the progress of the Armenian Diocese in Georgia which has a historical rich past. 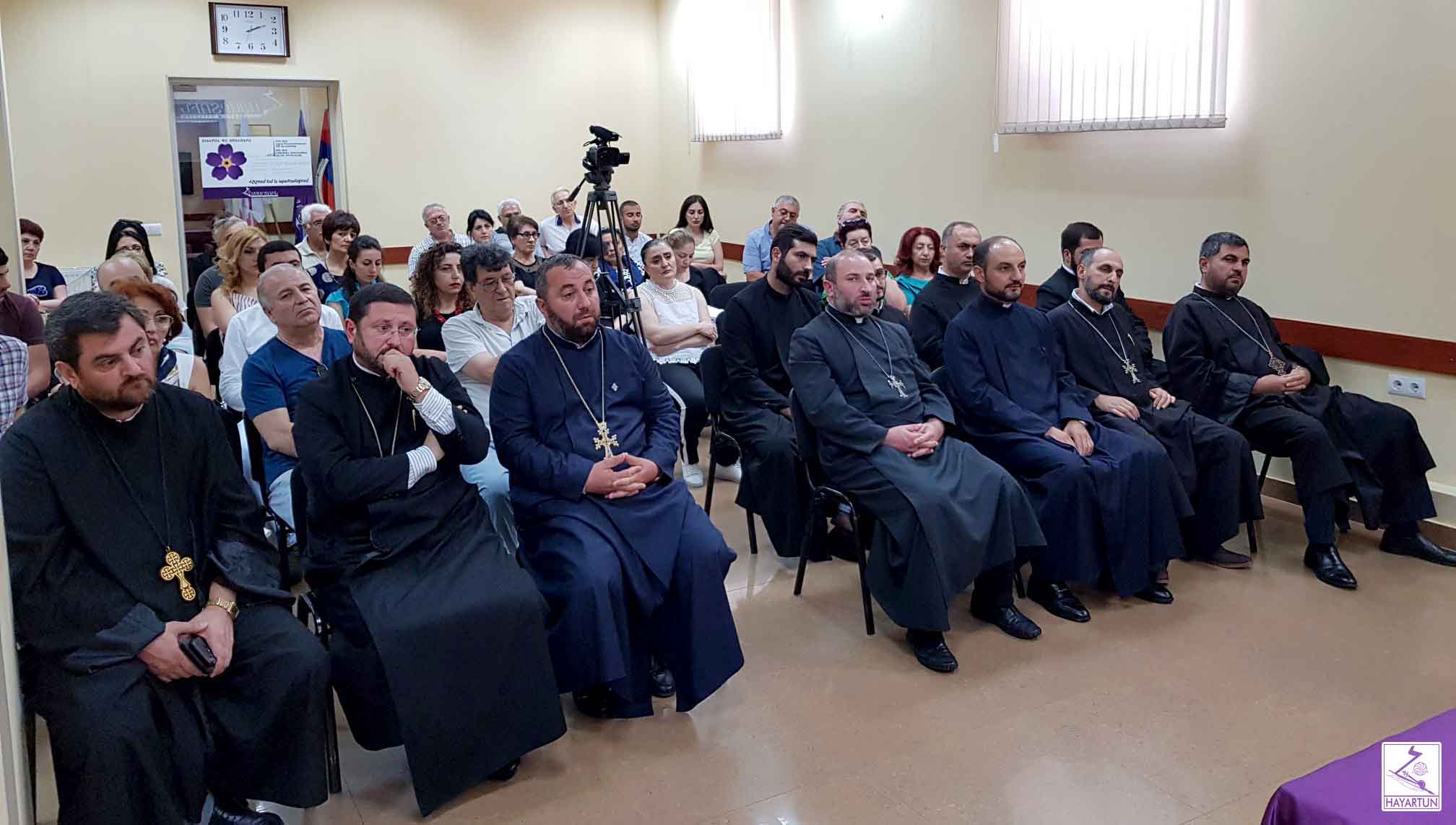 Afterwards, the Diocesan officials presented the aims, functions and introduced the staff of the departments they lead.

At the conclusion, the head of the Press and Media Department, Susanna Khachatryan conveyed to the former Primate of the Armenian Diocese in Georgia, His Grace Bishop Vazgen Mirzakhanyan a video about the Diocesan life and activity during his service, "Hovhannes Tumanyan – 150" jubilee medal and a letter of appreciation from the Diocesan officials.

It should be added that on Sunday, the Vicar of the Armenian Diocese in Georgia, Rev. Father Kirakos Davtyan will celebrate his first Divine Liturgy in the Cathedral of Saint George.