New Year celebration at the “Saint Moses of Khoren” preschool 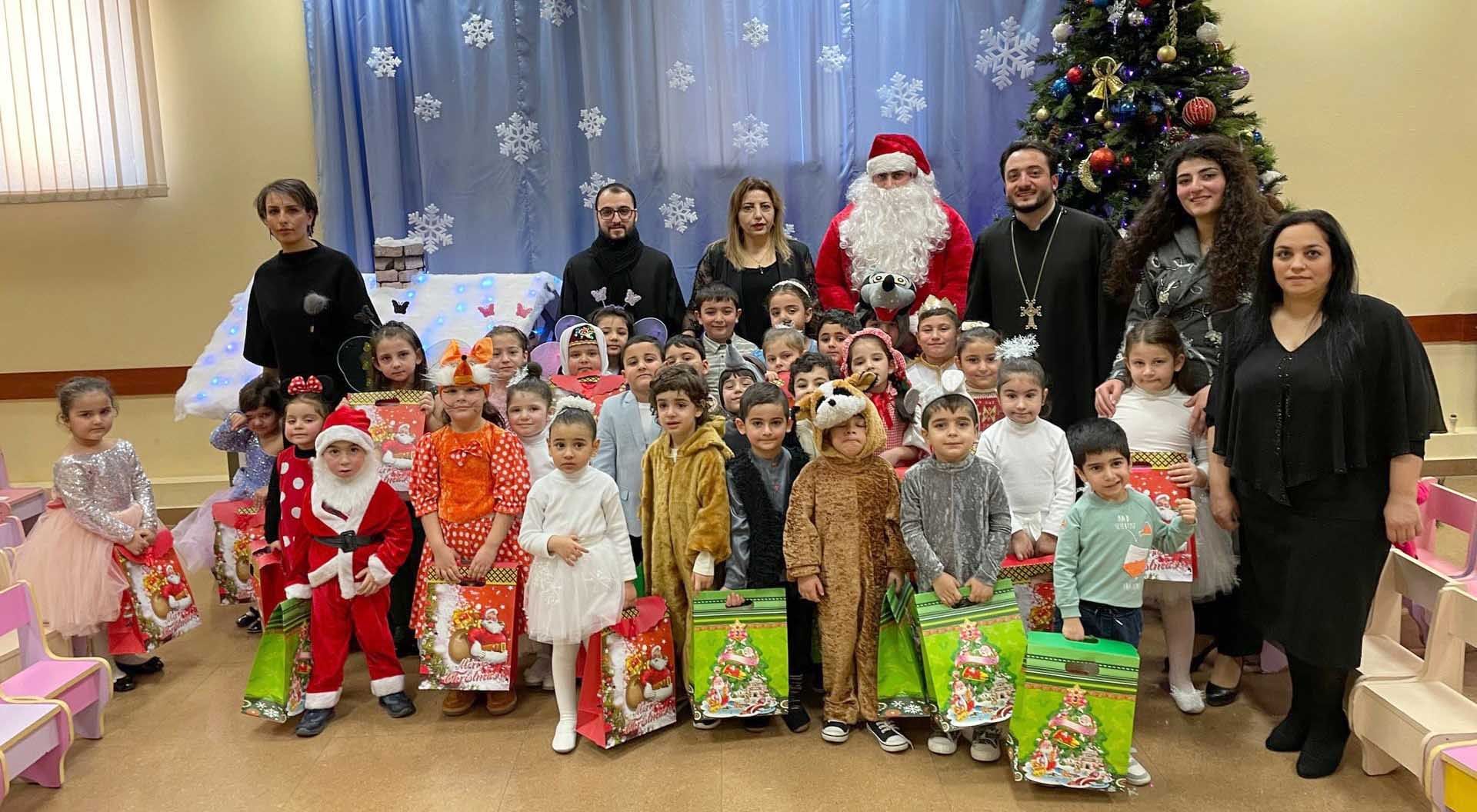 On December 24, 2021, the New Year celebration of the “Saint Moses of Khoren” (“Surb Movses Khorenatsi”) preschool took place at the Calouste Gulbenkian Hall of the “Hayartun” Center of the Armenian Diocese in Georgia. The hall, decorated with the efforts and imagination of the preschool teachers, had really winter appearance. Children were dressed up in the costumes of different forest dwellers representing different animals, dressed in beautiful and luxurious clothes.

Not only children’s parents and grandparents, but also the spiritual fathers, officials of “Hayartun” Center, and other Diocesan staff members took seats in the hall.

The celebration began with the Lord’s Prayer and the opening remarks and welcome speech by Eugenia Markosyan, the head of the “Hayartun” Center. The preschool students presented episodes from different fairy tales as they imagined. 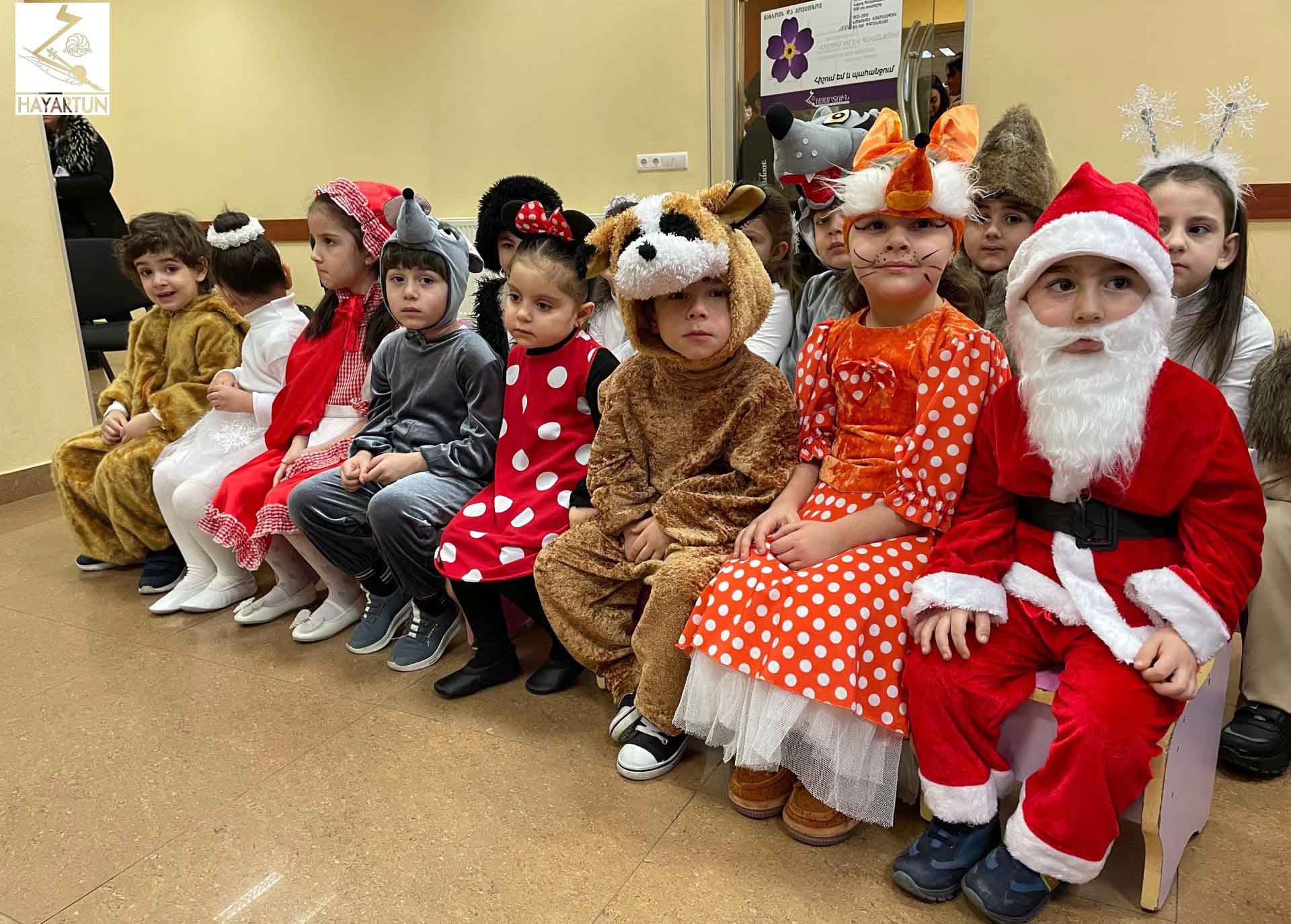 And the Armenian speech, joyful song and dance, recitation by children followed one another. They were waiting for Santa Claus, who would come with gifts and announce the beginning of the new 2022 year. Finally, Santa Claus came, expressed his satisfaction with the celebration, encouraged the children, saying that after their meeting a year ago, they grew up and became more clever, studied well, and so, he did not come empty-handed, but brought many gifts, which will be beautiful surprises for them.

At the conclusion of the celebration, Rev. Father Kirakos Simonyan expressed his appreciation. The latter conveyed the congratulations on the upcoming New Year and Christmas and blessings of the Primate of the Armenian Diocese in Georgia, Rev. Father Archimandrite Kirakos Davtyan. Rev. Father Kirakos highly appreciated the celebration with the participation of children, praised the preschool teachers for their devoted work, urged those present to be around the Armenian Church, to participate in all ceremonies, and to bring their children to the “Hayartun'' Center. Rev. Father Kirakos congratulated the attendees on the upcoming New Year and Christmas holidays. 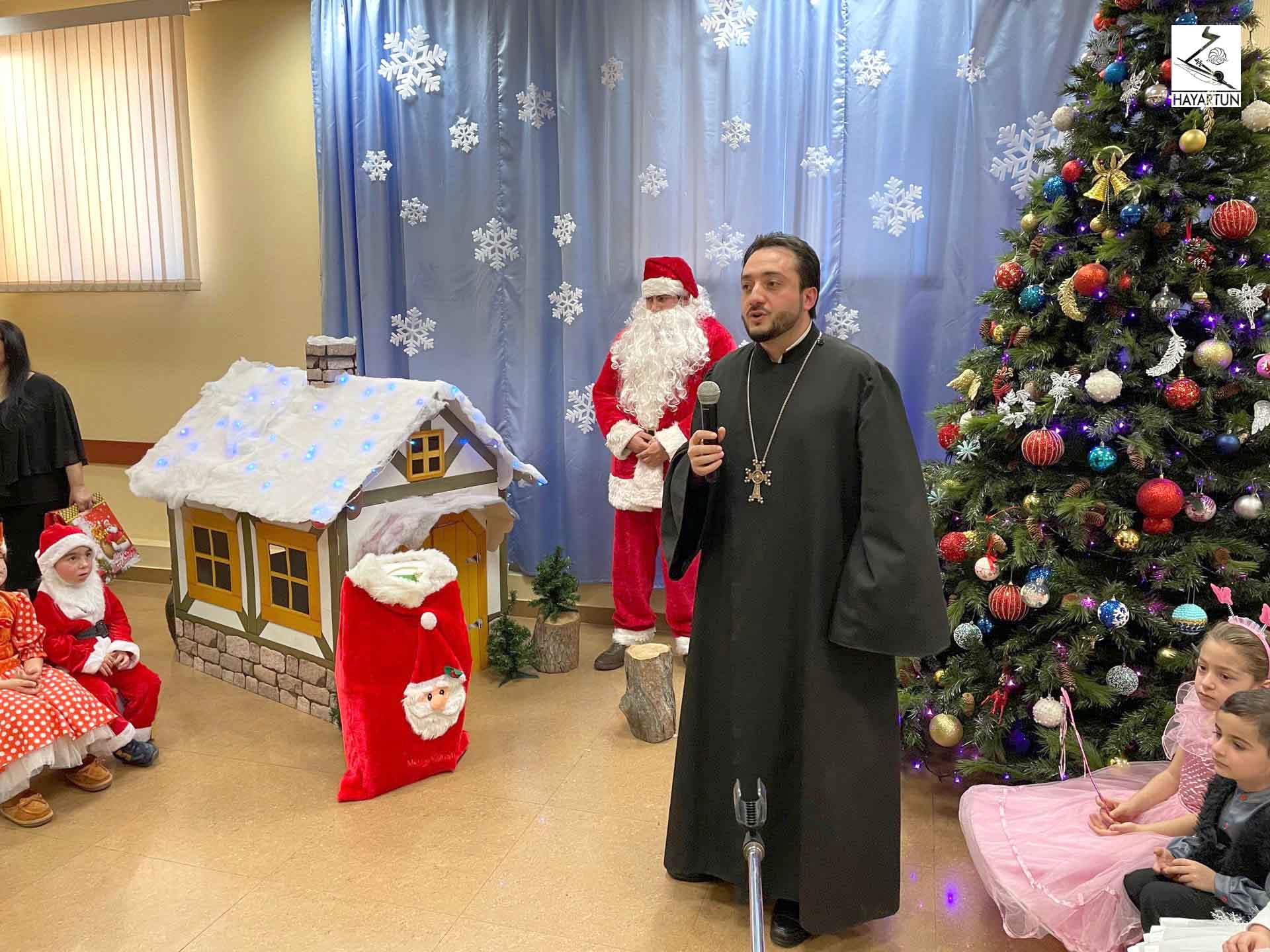 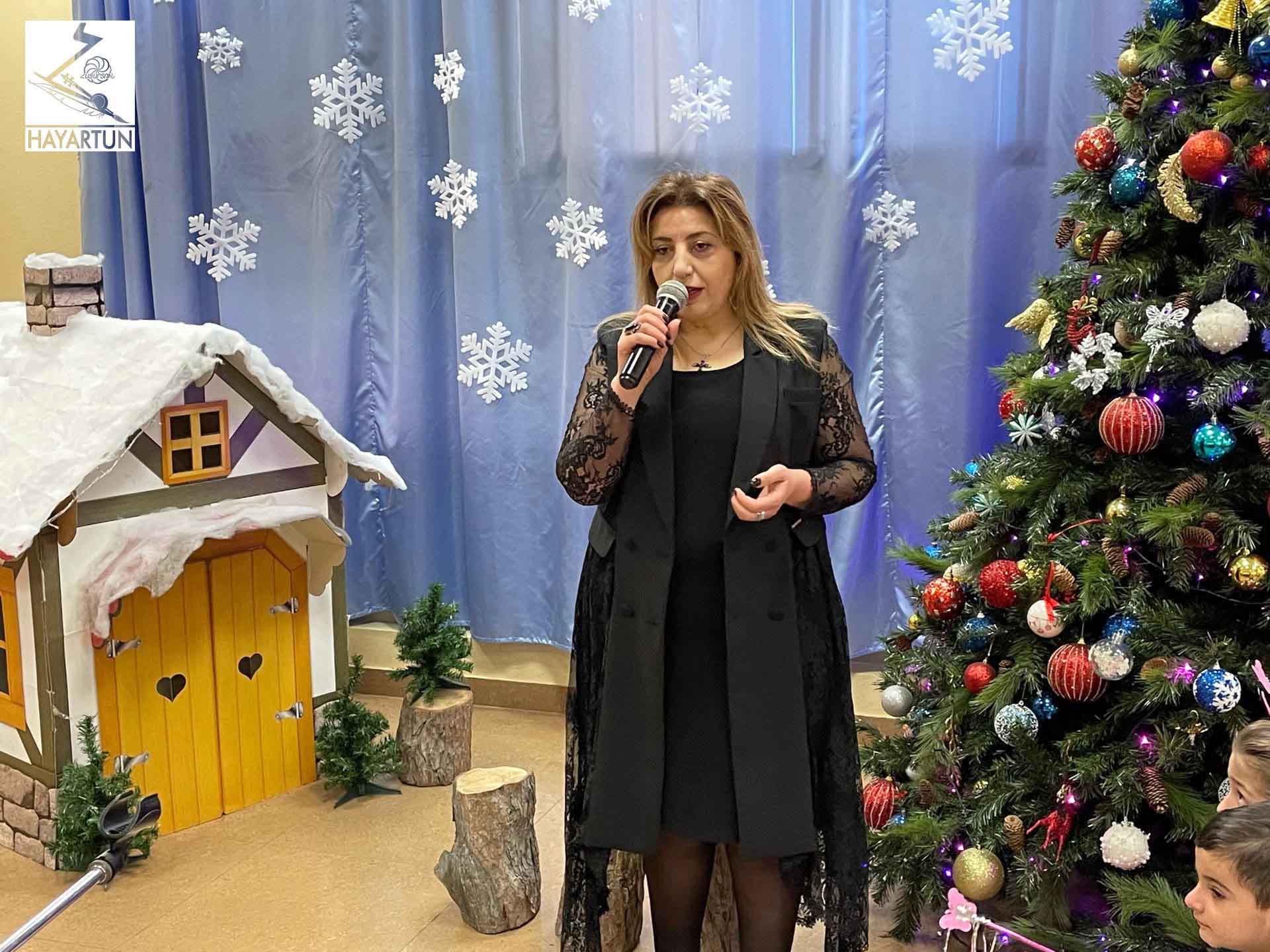