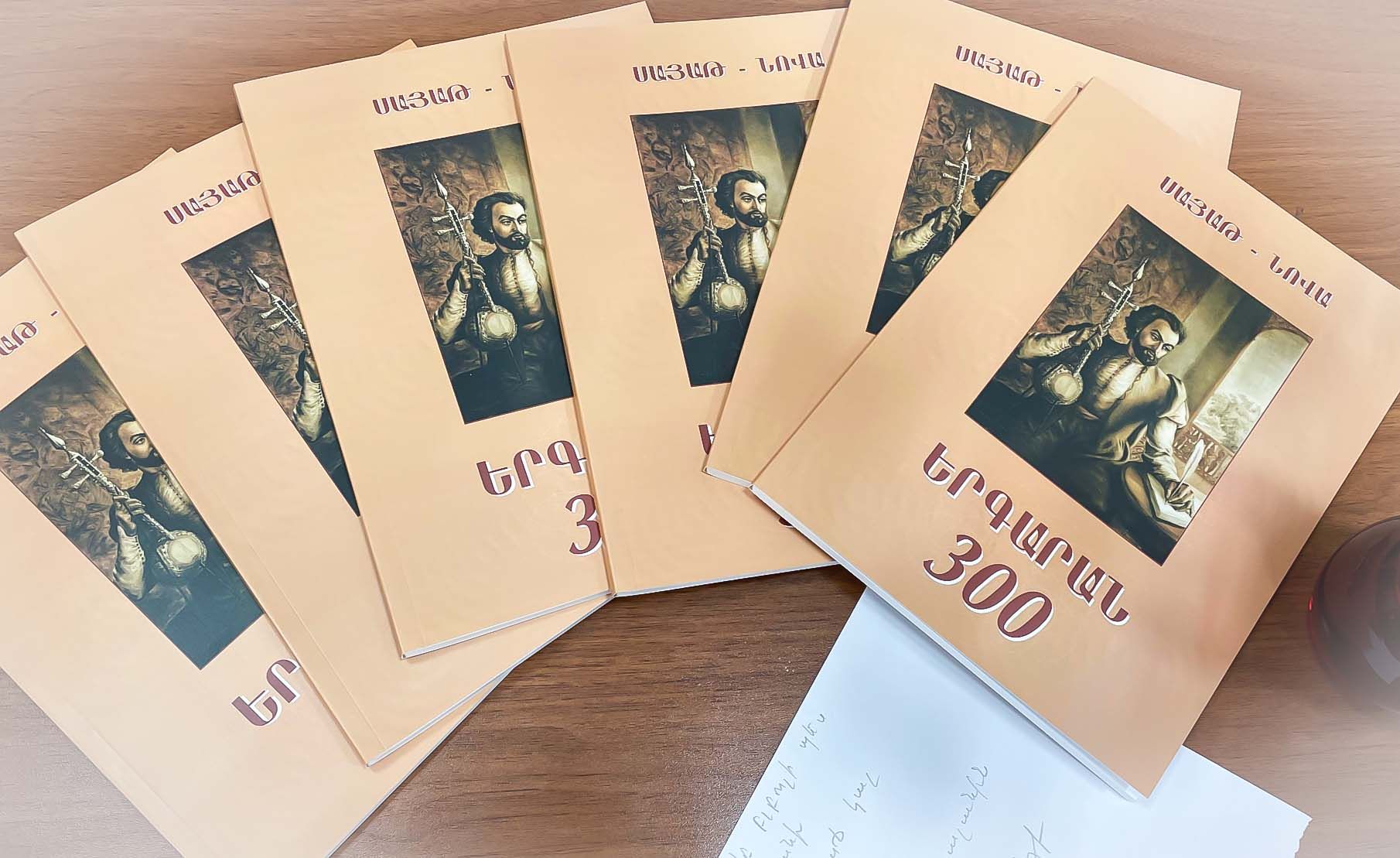 On May 28, 2022, the traditional “Vardaton” (The Feast of Roses) dedicated to Sayat-Nova launched in Tbilisi with the presentation of “Book of Songs” dedicated to the 300th anniversary of the immortal ashugh (poet-musician and bard) in the “Hayartun” Center of the Armenian Diocese in Georgia.

Singer and pedagogue, associate professor of Yerevan State Conservatory Mushegh Harutyunyan was in attendance. Hearing the call of his soul, the latter composed Sayat-Nova’s “Book of Songs” which he presented to the public. The “Book of Songs” which has transliterations, which includes 28 taghs (tagh - genre of Armenian written poem and song) by Sayat-Nova, including 2 taghs in Georgian.

“Hayi kanch” (Call of Armenian) Armenian gousan and folk ensemble of Yerevan which was established under the leadership of singer and pedagogue Mushegh Harutyunyan and with the participation of students from Yerevan State Conservatory after Komitas and Yerevan State Musical College after Romanos Melikyan also participated in the presentation of “Book of Songs”. 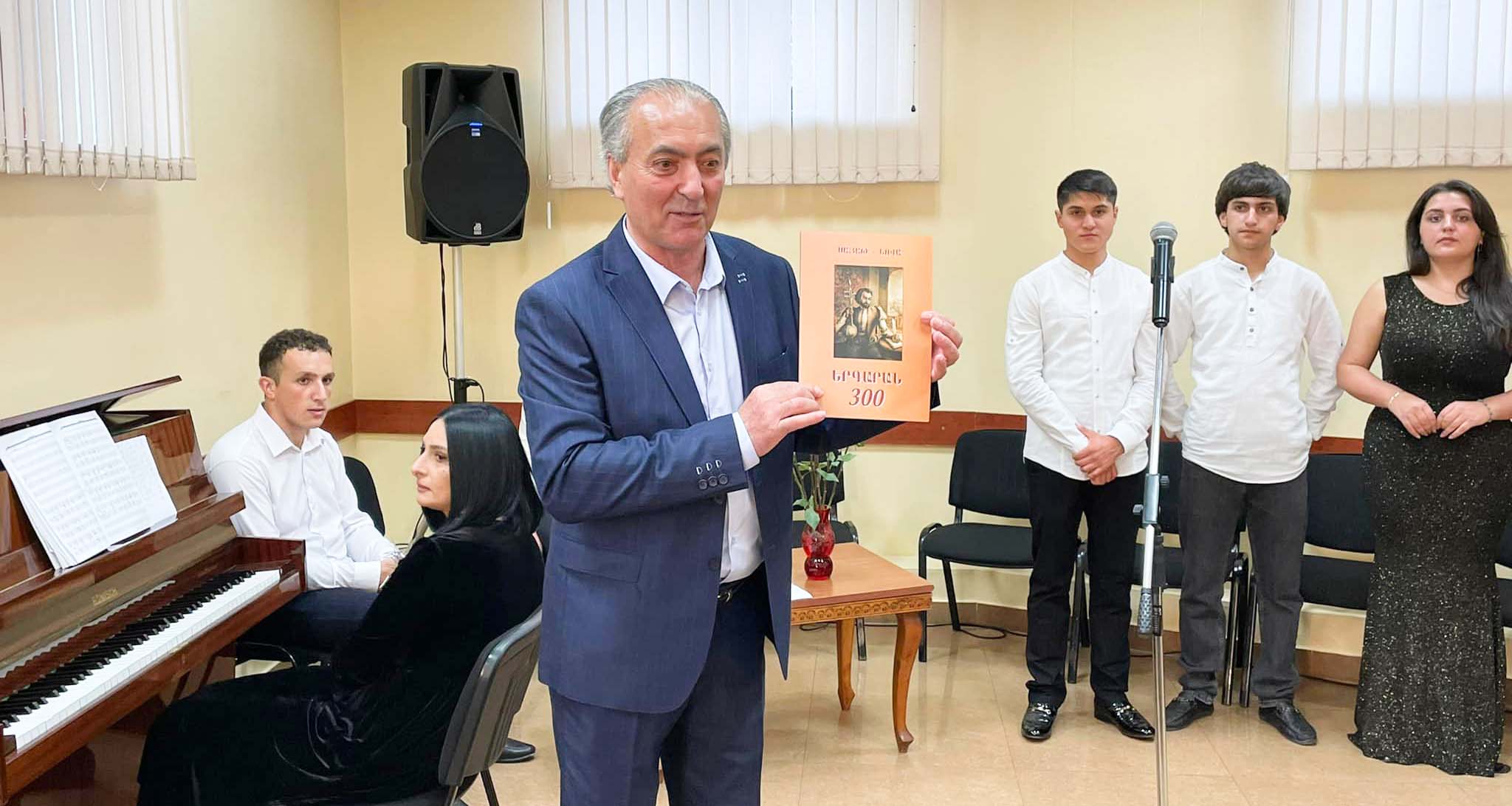 After the welcoming speech and gratitude expressed towards the head of the ensemble by Eugenia Markosyan, the head of the “Hayartun” Center of the Armenian Diocese in Georgia, immortal Sayat-Nova’s taghs, which never lose their modernity, spread in the Calouste Gulbenkian hall performed by talented soloists, accompanied by folk instruments and piano.

At the conclusion of the pleasant and heartfelt concert, the organizer, associate professor Mushegh Harutyunyan thanked the Yerevan regional administration of Armenian Relief Society and “Mayad Tour” travel company for their support to “Book of Songs” publication and the visit to Tbilisi. 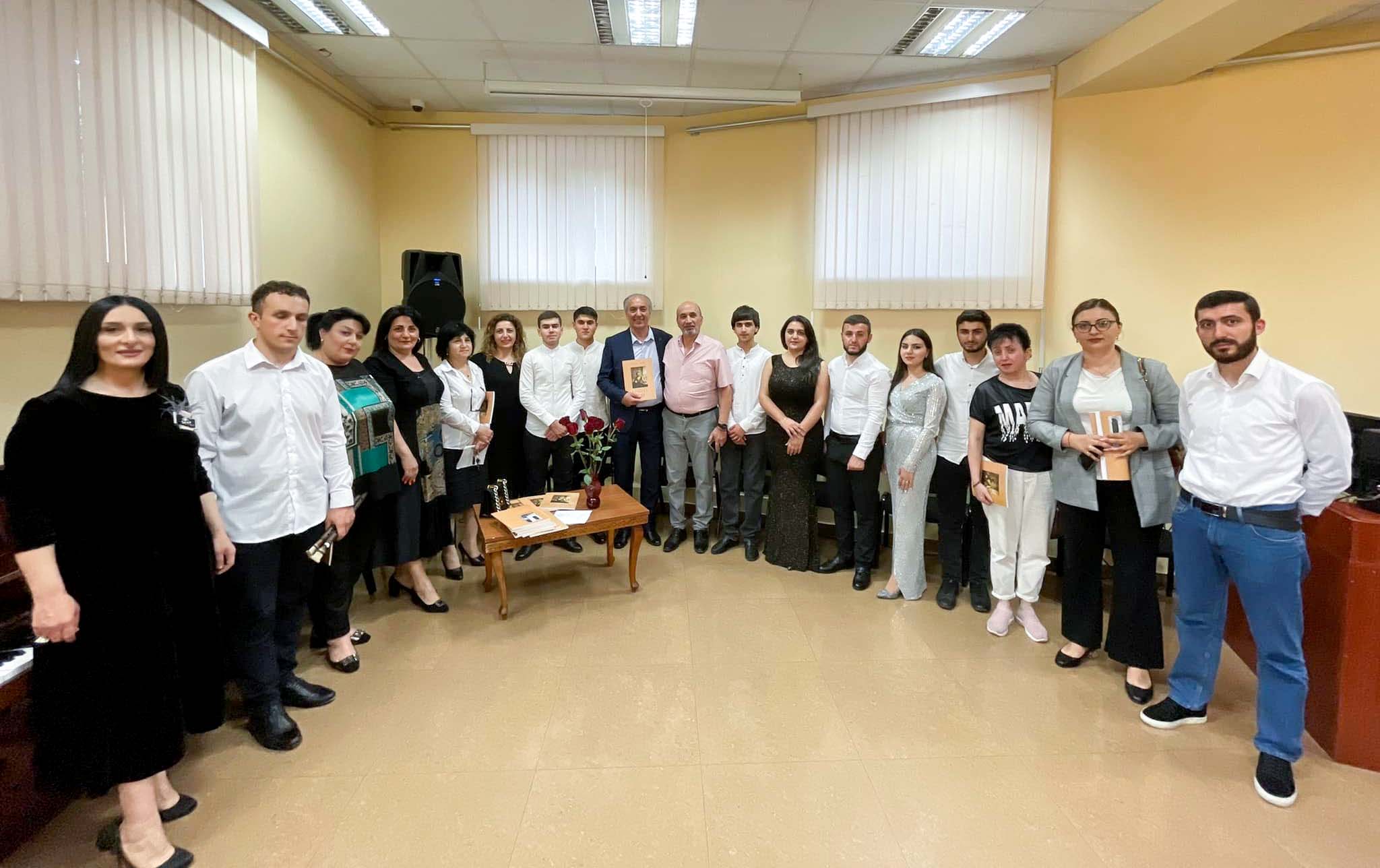 At the end of the concert, Rev. Father Kirakos Simonyan conveyed fatherly blessings offered by the Primate of the Armenian Diocese in Georgia, Rev. Father Kirakos Archimandrite Davtyan, wished Mushegh Harutyunyan and the ensemble led by him to maintain purity of Armenian folk and gousan songs, to deepen the collaboration between the cultural centers of the two capitals and develop them further.

As a memory from the beautiful day, the attendees received Sayat-Nova’s “Book of Songs” Mushegh Harutynyan’s signature.