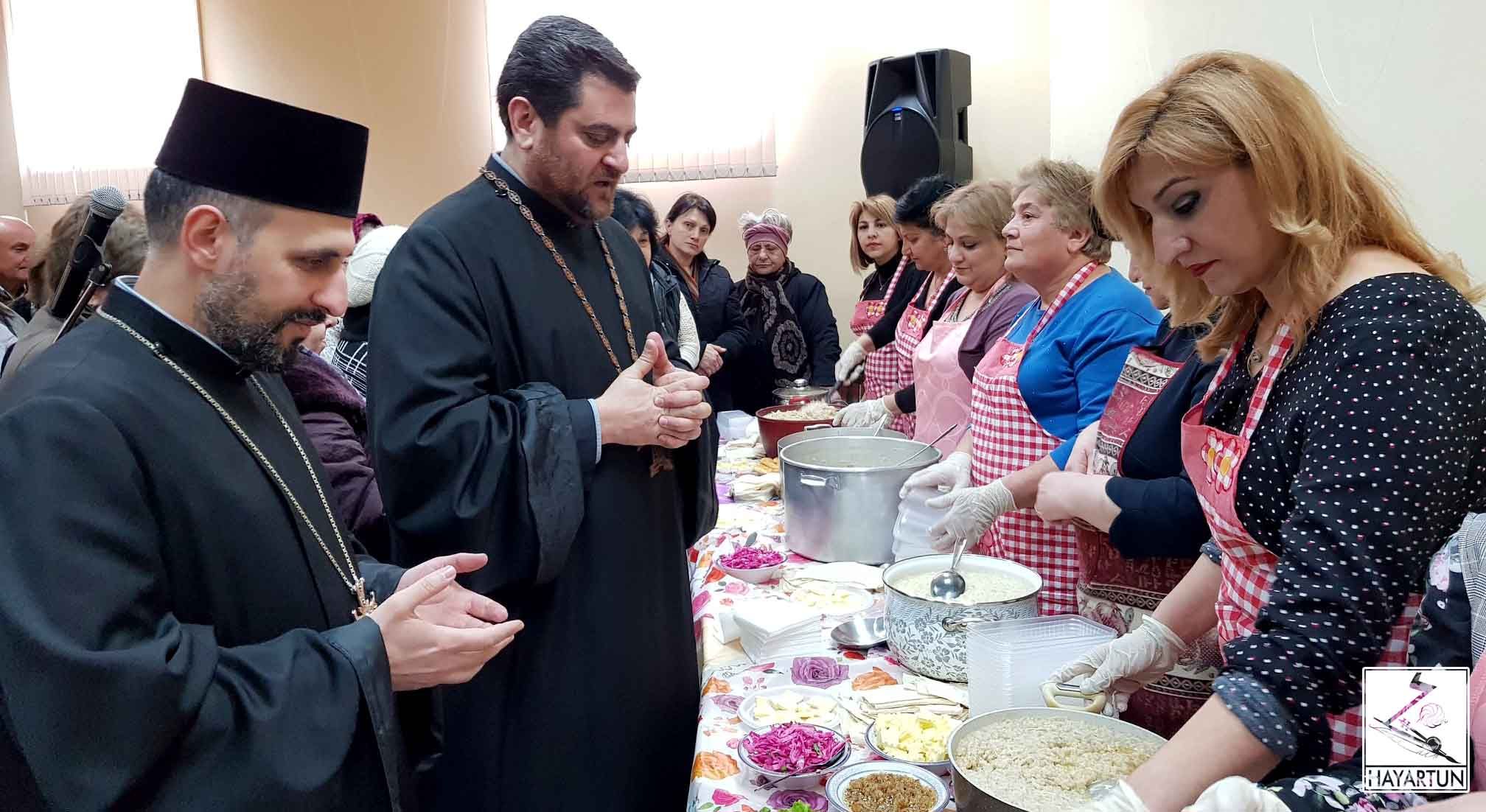 On February 23rd, 2020, the Eve of Great Lent (Great Barekendan) was celebrated in the Armenian Diocese in Georgia with a Divine Liturgy celebrated by Rev. Father Tetev Marukyan in St. Etchmiadzin church in Tbilisi. The ''Harisa – 2020'' festival was dedicated to the festive day. The festival was organized by ''Shushanik'' Union of Armenian Women in Georgia, clergy of St. Etchmiadzin church and ''Hayartun'' Center.

This festival, which has become a tradition in the Armenian community of Tbilisi, is expanding year by year, turning into a folk celebration in which Armenian women presents a national dish masterly cooked with the warmth of their hearts. Diplomat of RA Embassy in Georgia Artak Grabski, Head of the Ethnic Minorities Council under the Tbilisi Sakrebulo Rita Khidirbegashvili, clergymen, community representatives and members of Armenian community in Georgia attended the event. 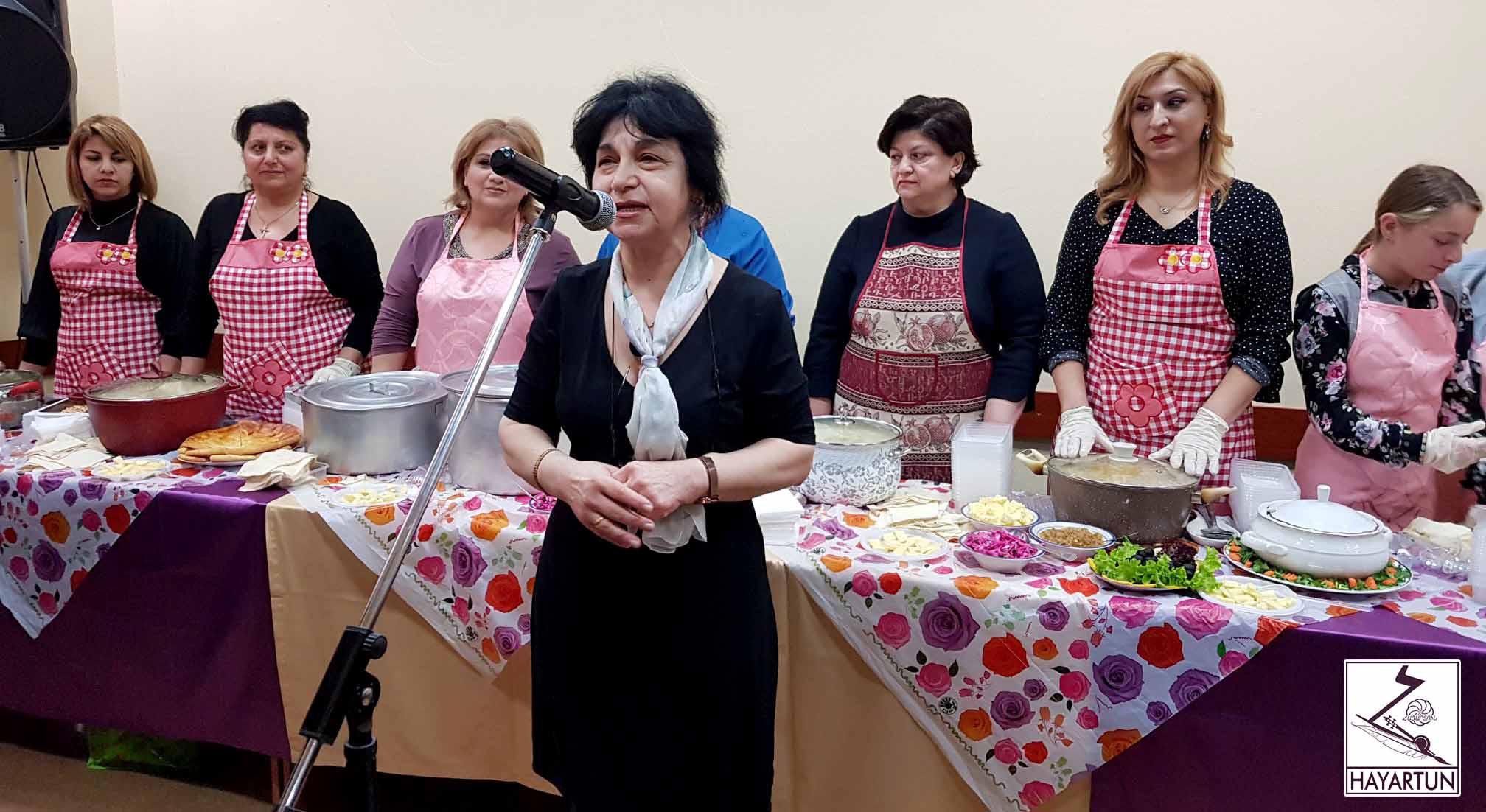 The pots with tasty harisa brought by numerous members of ''Shushanik'' Union, Diocesan Department of Youth, as well as volunteers and students of St. ''Moses of Khoren'' Preschool, one-day schools, ''St. Nerses the Gracious'' Choir, ''House of Hovhannes Tumanyan'' Center were at the tables in Calouste Gulbenkian hall of ''Hayartun'' Center.

Susanna Khachatryan, Chairwoman of ''Shushanik'' Union of Armenian Women in Georgia gave opening remarks. She attached importance to the aim of the event: together with the feast of Great Barekendan which is being celebrated on eve of the Great Lent to preserve and convey to generations this national dish, folk traditions and customs. She expressed her special gratitude to the clergy of St. Etchmiadzin church, Rev. Father Virap Ghazaryan and his friends who supported and sponsored the implementation of the Harisa festival.

Rev. Father Virap Ghazaryan conveyed the blessings and good wishes of Vicar of the Armenian Diocese in Georgia, Rev. Father Archimandrite Kirakos Davtyan, congratulated the attendees on the occasion of the Great Barekendan feast and wished the faithful to welcome and pass the Great Lent period with strong will and unshakable faith and celebrate the Feast of Resurrection of Our Lord Jesus Christ. 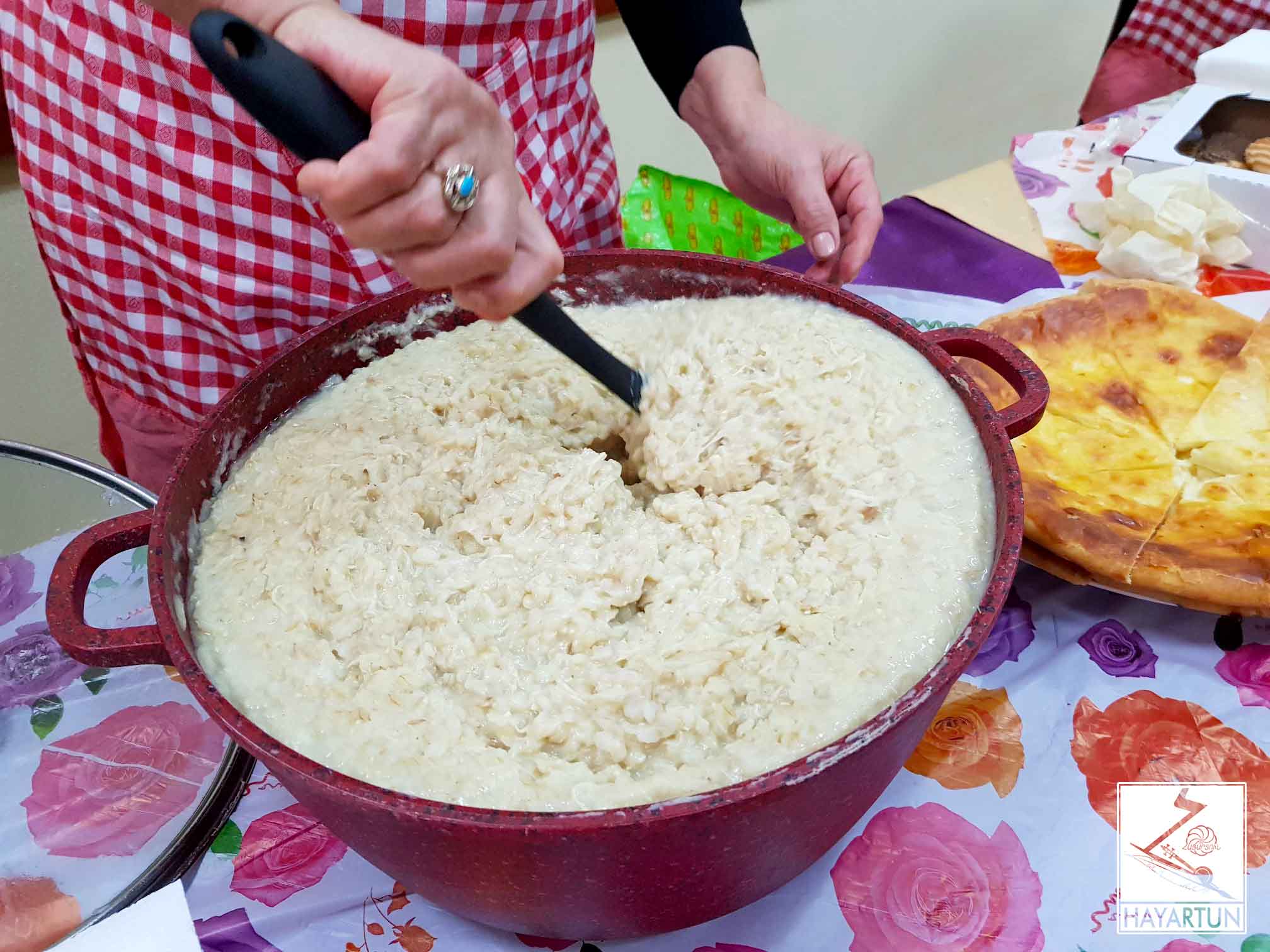 Afterwards, the tables were blessed by spiritual fathers and the attendees started to taste the harisa accompanied by joyful songs and music. The happy mood created by the Feast of Great Barekendan and tasty harisa was prevailed all around.

This beautiful festival is being celebrated by the Armenian community of Tbilisi since 2012 and expanding year by year it has become a popular folk tradition. Harisa is an Armenian national dish and the harisa cooking is a long but very interesting process. According to tradition, the harisa cooking is related to the name of Gregory the Illuminator. To feed the poor and needy, he was asking villagers to give a lot of meat and grain and commanding his pupils to whisk the meat in pots saying ''Hareq sa'' (Whisk it), and here's the name of the dish – Harisa. 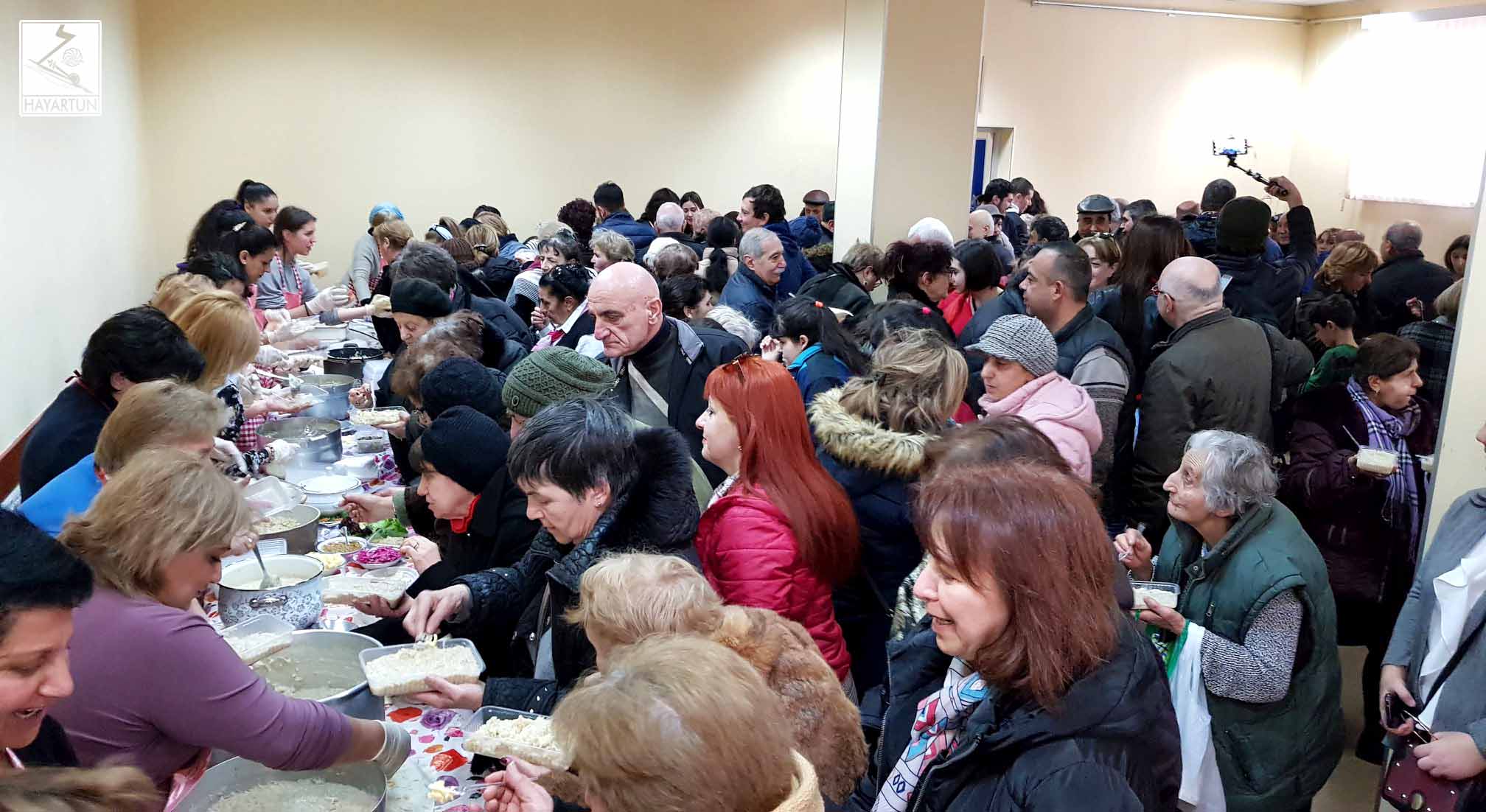