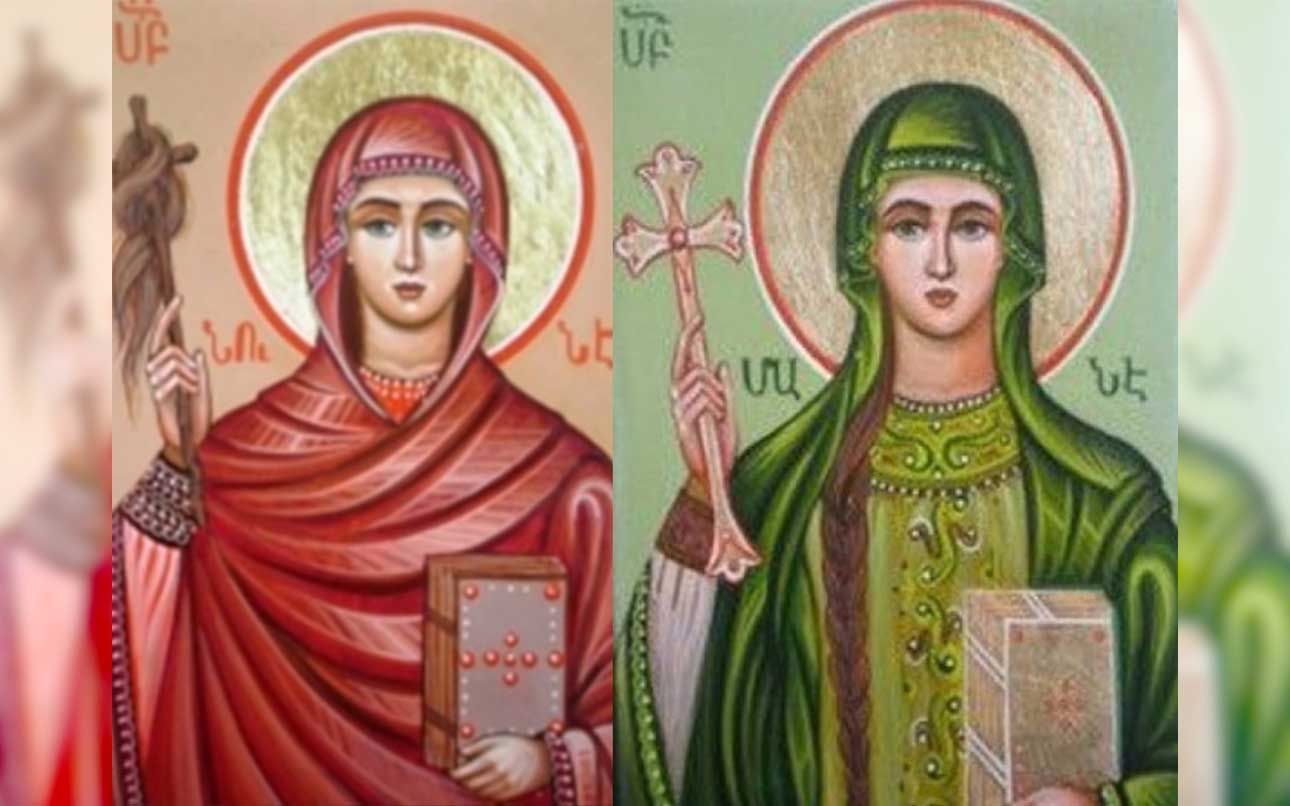 St. Nooneh and St. Mane were two of the companions of St. Hripsime, who being persecuted by the King Dioklethianos, had left Rome and reached to Armenia. However, the nuns were not destined to die together with their companions.

Reaching Armenia together with her companions St. Mane left them and went to the Mountian Sepouh, in Ekeghyats region, where remaining isolated in a cave, lived an ascetic life. St. Mane lived an “angel’s life”, strengthened by means of prayers and divine consolation, and later the cave was called by her name “Mane’s cave”. Hagiographer presents interesting information concerning the last days of life of St. Maneh. During that same period St. Gregory the Illuminator also wished to leave the society and to live his last days in seclusion. With that goal he went to the Mountain Daraghanyats and chose as a place for living the same cave in which Mane was living an ascetic life. Approaching the cave, he heard the voice of the nun asking to return to the cave three days later. Respecting the wish of the nun, St Gregory returned to the cave three days later and finding the nun dead, buried her body in the cave in 323.

The nun St. Nooneh (in the Georgian sources Nino) escaping the persecutions of the Armenian King Tiridates, left for Georgia, the capital city of Metskhita. There she continued to live a prayerful life and preached the Gospel, as the result of which the entire nation was converted to Christianity. Becoming famous for the miracles she worked and for her philanthropic activity, Nooneh was taken to the royal palace, where she healed the sick queen. Refusing of all precious gifts, Nooneh continued preaching the Gospel. The Georgian King Mihran, immediately feeling the might of the unknown to him God, was converted to Christianity. The Gospel was preached also to the state officials of the country. As the result of all these events, upon the advice of Nooneh a delegation was sent to the Armenian Pontiff St. Gregory the Illuminator and the Armenian King Tiridates asking to send clergy for performing baptism and realizing spiritual service. Thus, St. Nooneh became the apostle of Georgia.