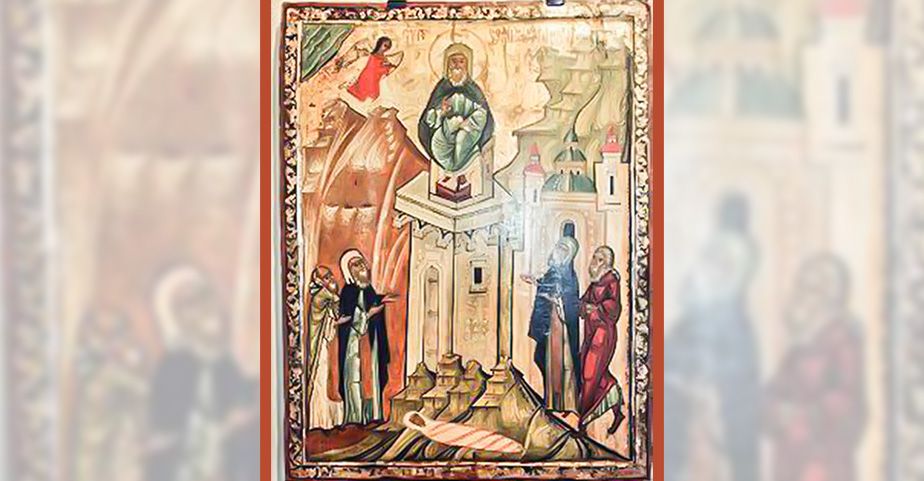 St. Mamas was born in the town Gangra, of the Province of Paplagonia, in a poor Christian family. During persecutions against Christians his parents are imprisoned and exiled to Caesaria. While giving birth to her son, his mother passes away. A pious Christian woman adopts Mamas and brings him up. Already at the age of 15 he is imprisoned and subjected to severe torments for being a devout Christian and brave preacher. Overcoming the hardships he lives an isolated life on the Mountain Argos. St. Mamas devotes all his life to serving the poor, but is betrayed and handed over to the judge. After severe torments St. Mamas is killed by means of trident in 273 A. D.
St. Piliktimon (Philomenos), known in Greek and Latin sources also by the name Filomenos, was a grain trader. For being Christian he is imprisoned during the period of persecutions by the King Avrelios. He is subjected to torments and is finally martyred in 274 A. D.

St. Simeon the Stylite was born in 390 A. D. in Caesaria. He has been a shepherd. One day he goes to the church and, not understanding the meaning of the Gospel passage read that day, asks about it an old man standing beside him. The old man explains him the meaning of the Gospel passage saying that the passage is about abstinence, that is, it is by means of ascetic way of life, deprivations and fasting that the people should deserve the heavenly kingdom. Thinking over the old man’s words Simeon leaves for the Hata Province, of Syria, where he is isolated in a monastery for three years, after which he asks God to grant him the grace to preach and heal. Seeing that the visitors and the sick cause too much trouble to him, Simeon digs a deep dungeon, from where only his head was seen while preaching, and later he climbs up a high column. He lives without a shelter, only standing or kneeling during the day, and only taking Holy Communion as food once a week. For many years he stays on the column and preaches and heals many sick people by means of prayers.