Commemoration of 318 Pontiffs participating in the Ecumenical Council of Nicaea 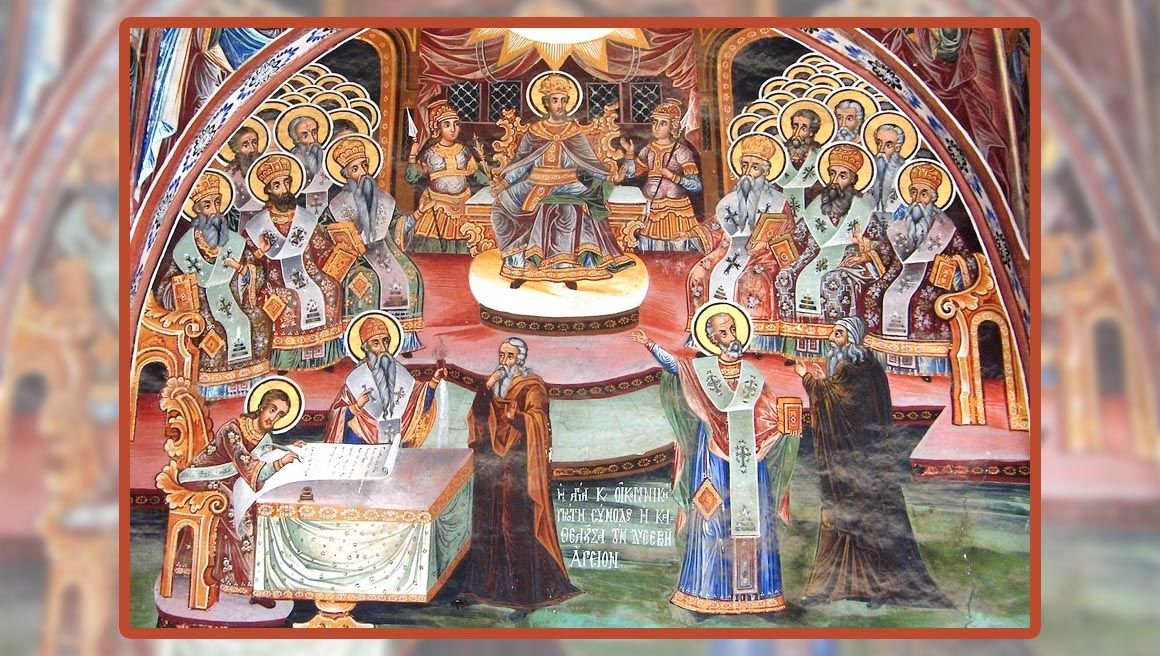 This council is the First Ecumenical Council in the history of the Church, which was convened upon the order of the King Costandianos the Great in the town Nicaea near Constantinople, in 327 A. D. 318 prominent pontiffs representing the Universal Church participated in the Council. The reason for convening the council was priest Arios of Alexandria, who preached that Christ was not without beginning, that he was created upon the Will of God before times and centuries, in order the creation of God to be realized by means of Christ. The only one not having birth, the only one eternal and without beginning is God the father. Son has been created not from the essence of the Father, but from nothing. There was a time when the Son did not exist. Although the Son has received all the virtues of the Father and is adopted, he is not pure as the Father is, he is changeable, as all human beings.

Because of such viewpoints of Arios the Divinity of Christ was denied and the entire Christian doctrine was endangered. Archbishop Alexander of Alexandria opposed to Arianism. In his sermons he stressed that God is eternal, and Son is eternal, Father and Son are of the same time. Father does not precede the Son even for a moment, Father has always existed and Son has always existed. The false teaching of Arios is condemned during the first Ecumenical Council and it is declared to be heresy.

Aristakes, son of St. Gregory the Illuminator, also participates in the first Ecumenical Council. The doctrinal formulation adopted by the Council, which is known as Nicene Creed, is brought to Armenia by Aristakes and is presented to St. Gregory the Illuminator.  The latter added to it the following passage: “As for us, we shall glorify him who was before the ages, worshipping the Holy Trinity and the one Godhead, the Father and the Son and the Holy Spirit, now and always and unto ages of ages. Amen.”.