Commemoration of St. Hripsime and her Companions 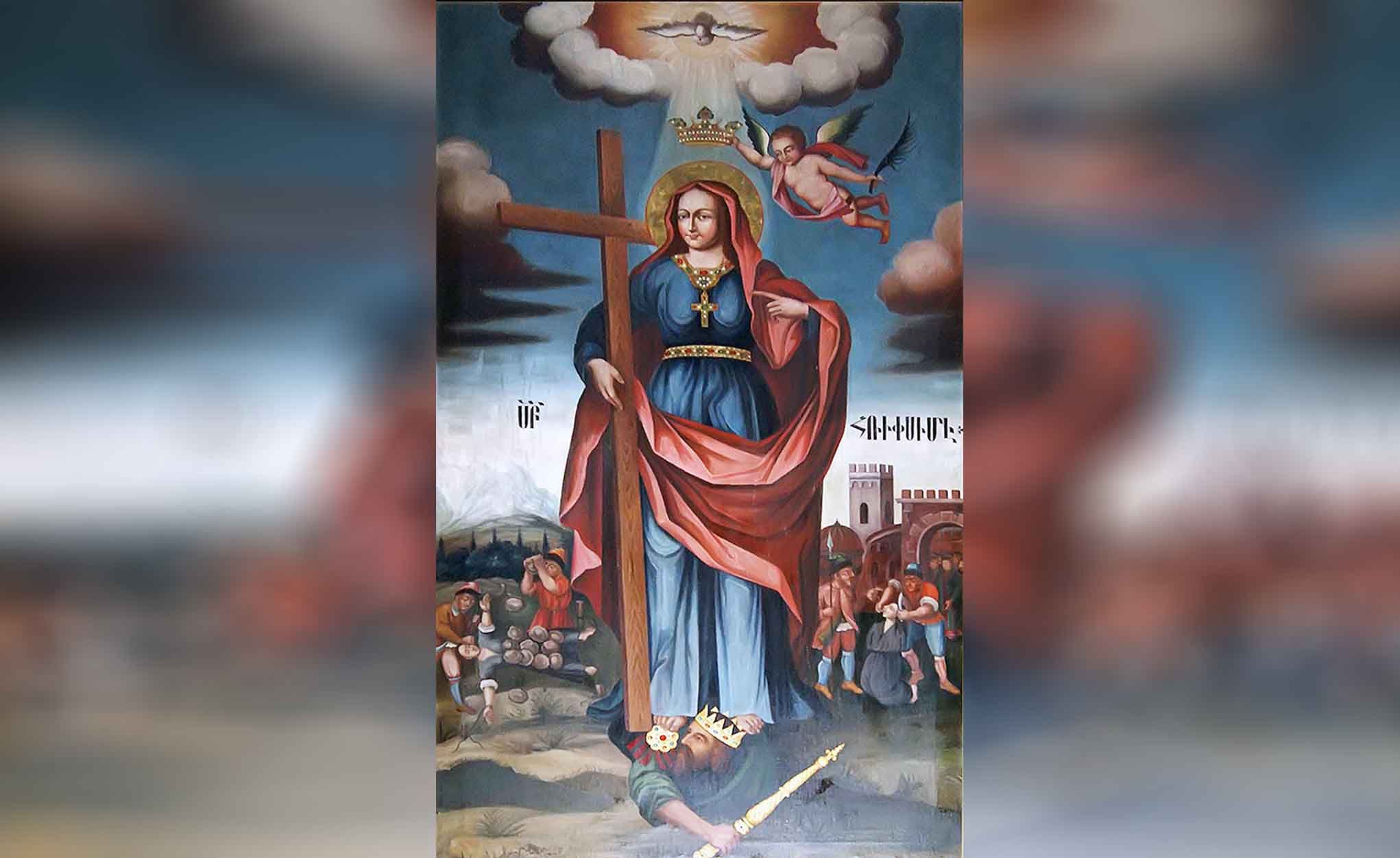 Noble Hripsime was one of the 37 Christian nuns who together with the Abyss Gayane lived during the period of the reign of the Roman King Diocletianus (284-305 years) in the Monastery of St. Paul located in the mountains of Rome.

Pretty Hripsime captivated the King by her dazzling beauty, who wished to get married to her. Disobeying the king, the pious nuns, led by their Abyss Gayane, ran away from Alexandria. According to the tradition, Holy Godmother appeared to them and told them to leave for the Araratian country - Armenia. So, the nuns went to Vagharshapat. On their way, passing by the Mountain of Varague, Hripsime buried in the earth a relic from the wooden Holy Cross, which she always had on her neck. The relic was found by a miracle in the 7th century and since then the Feast of the Holy Cross of Varague started to be celebrated in the Calendar of the Armenian Apostolic Church along with the other feasts dedicated to the Holy Cross.

The Armenian King Tiridates, becoming aware of the nun’s story, himself wished to get married to Hripsime. Hripsime was brought to the palace, and Gayane was also brought to the palace to convince Hripsime to obey the King. But even in that way the King did not manage to get married to Hripsime and becoming angry, ordered to kill all the nuns. Nine days later St. Gregory the Illuminator found the relics of the nuns and burying the relics, built martyriums in those sites, where in the future the Monasteries of St. Hripsime, St. Gayane and St. Shoghakat were erected.

Nuns’ mardyrdom is a turning point in the history of the Armenian nation. After their martyrdom St. Gregory the Illuminator was brought out of the pit after more than 13 years’ imprisonment to spread the light of Christ in Armenia.

In the Armenian Apostolic Church on the days of the feasts dedicated to the memory of St. Hripsime and her companions a Divine Liturgy is celebrated in all Armenian Churches. On the eve of the feast ceremonies are held, which start after the evening service, and Church hymns and songs, dedicated to the nuns, are sang.