Establishment of the church: The village of Mets Aragyal is located 8 km north-east of Ninotsminda. Surb Khach church in the village was established in the 1930s. The name of the church is mentioned in the bulletin of Georgia and Imeretian Dioceses of the Armenian Apostolic Church (1839-1840). Harutyun Ter-Hovhannisyan and Arakel Danielyan are mentioned as tbirs (clerk) [1]. During those years, the number of the church parishioners was 149 [2]. In the 1860s, the church was mentioned as a wooden building [3], and in the 1880s it was mentioned as a structure built of stone with wooden roof, as were the Diocesan churches in a number of villages [4]. At the beginning of the 20th century, the annual income of the church was 41 rubles and 34 kopeks in silver [5]. 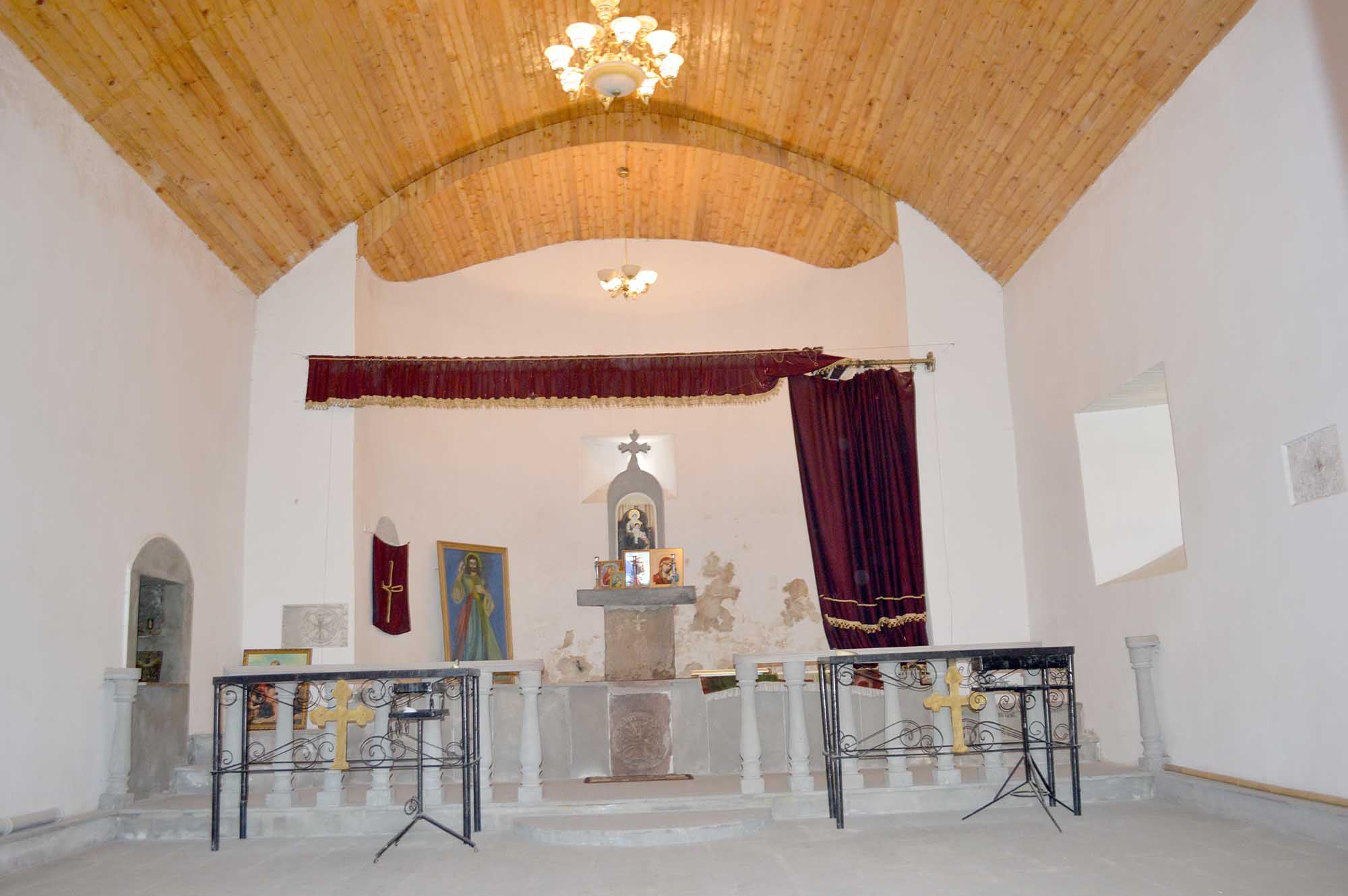 Architecture: Surb Khach church is built of stone, it stands on 3 columns and has a wooden roof. It is built of tuf (a type of stone), except for the northern wall, which is built of hewn stone. The church is a two-domed, majestic building. The external dimensions are 13,61 x 9,15 m. There are traces of repairs on the southern front [7].

School: In accordance with the school bulletin (1869) of Georgian and Imeretian dioceses, the 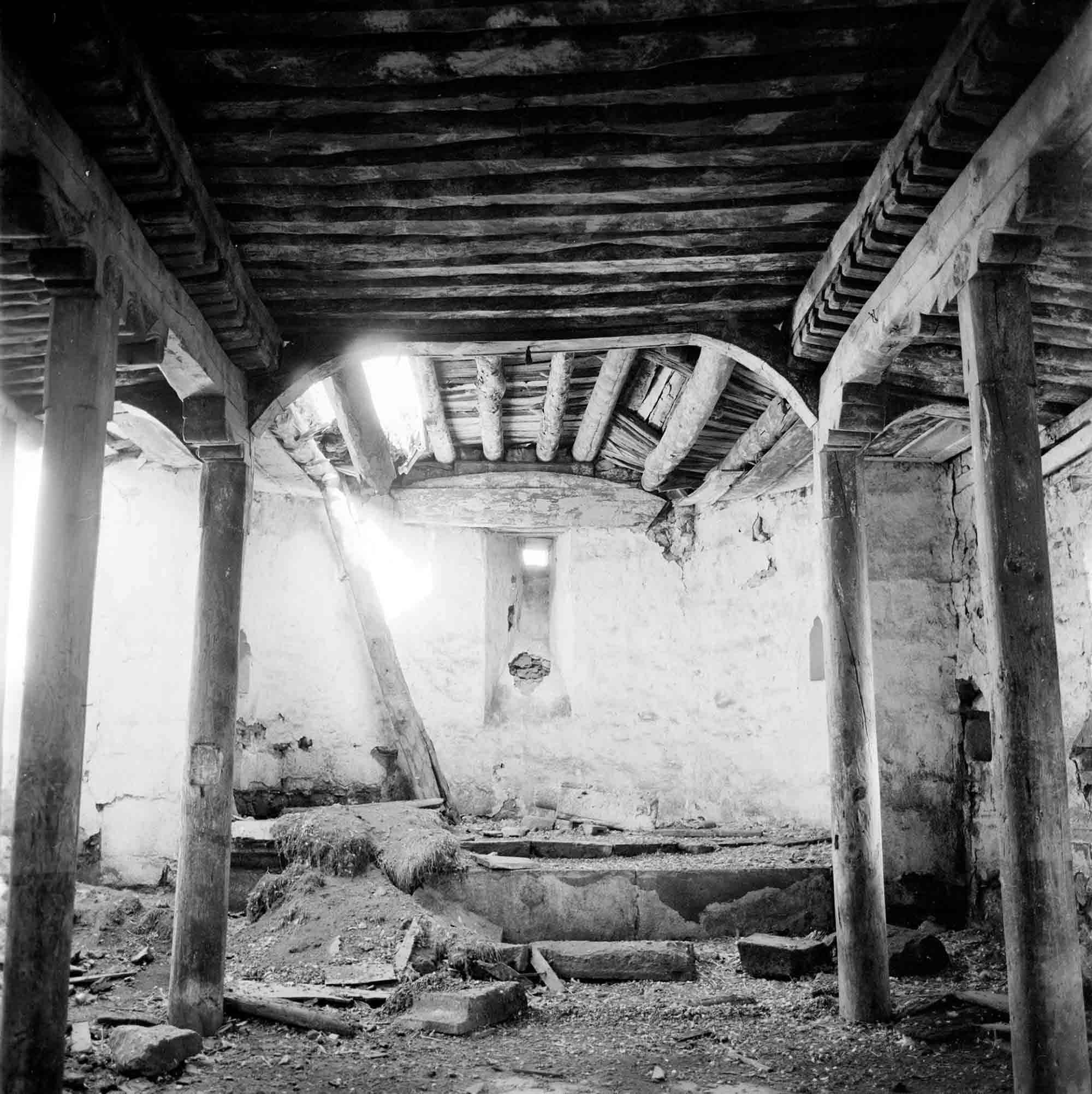 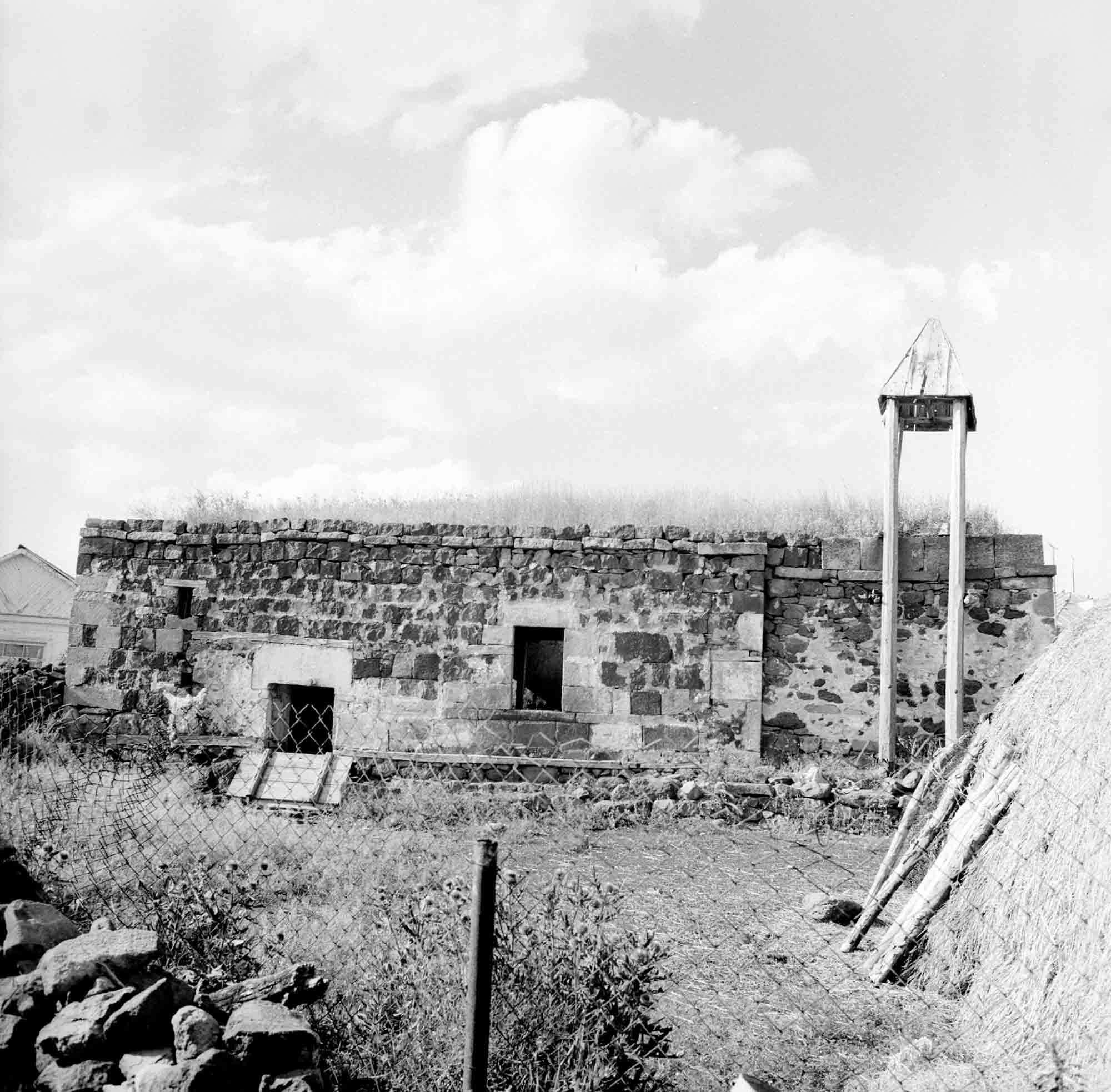 sculptor Gevorg Mnatsakanyan.  The Opening of the Door (Drnbatsek) Service was offered by the Primate of the Armenian Diocese in Georgia, His Grace Bishop Vazgen Mirzakhanyan in the newly renovated church. The next day, October 13, under the presidency of the Diocesan Primate and with the participation of the Prelate of Samtskhe-Javakheti and Tsalka's General Prelacy Rev. Father Archimandrite Babgen Salbiyan and clergymen, the reconsecration ceremony of the ancient Surb Khach church took place. Rev. Father Armash Poghosyan, the Pastor of Saint Sarkis church in Ninotsminda celebrated Divine Liturgy in Surb Khach church [12].

[12] http://armenianchurch.ge/hy/lurer?start=435. Press Department of the Armenian Diocese in Georgia .