Church Foundation: The village of Khando is one of the most populated villages in the Akhalkalaki region of Samtskhe-Javakheti. Surb Khach Church of the village was built in the 50s of the 19th century. The construction works of the church started in 1856.[1]

Before that, in the village there was a church by the name of Surb Astvatsatsin (10th-11th centuries)[2], which was renovated by the population and is still standing.

In the records of the Armenian Apostolic Church of Georgia and the Imeretian Diocese of 1839-1840 there is a mention on the churches by the name of Surb Astvatsatsin and Surb Khach .[3]Since 1857, only Surb Khach church has been mentioned as a parish church of the village.[4] As of 1866, the church was wooden,[5] and in 1885 it was stony.[6] The cemetery is extended on the southern side of the church.[7]

Architecture: The church is built of mixed types of tuff and belongs to the hall type. The total dimensions are 11.63x17.69m. During the construction lime was used as a binding material . The western wall is plastered with cement. The entrance is on the southern side. There is a slab with Armenian inscription at the top of the entrance. The church is roofed with tinplate. The bell tower is built on the western part of the latter. The Altar is located on the eastern side of the building.[8] 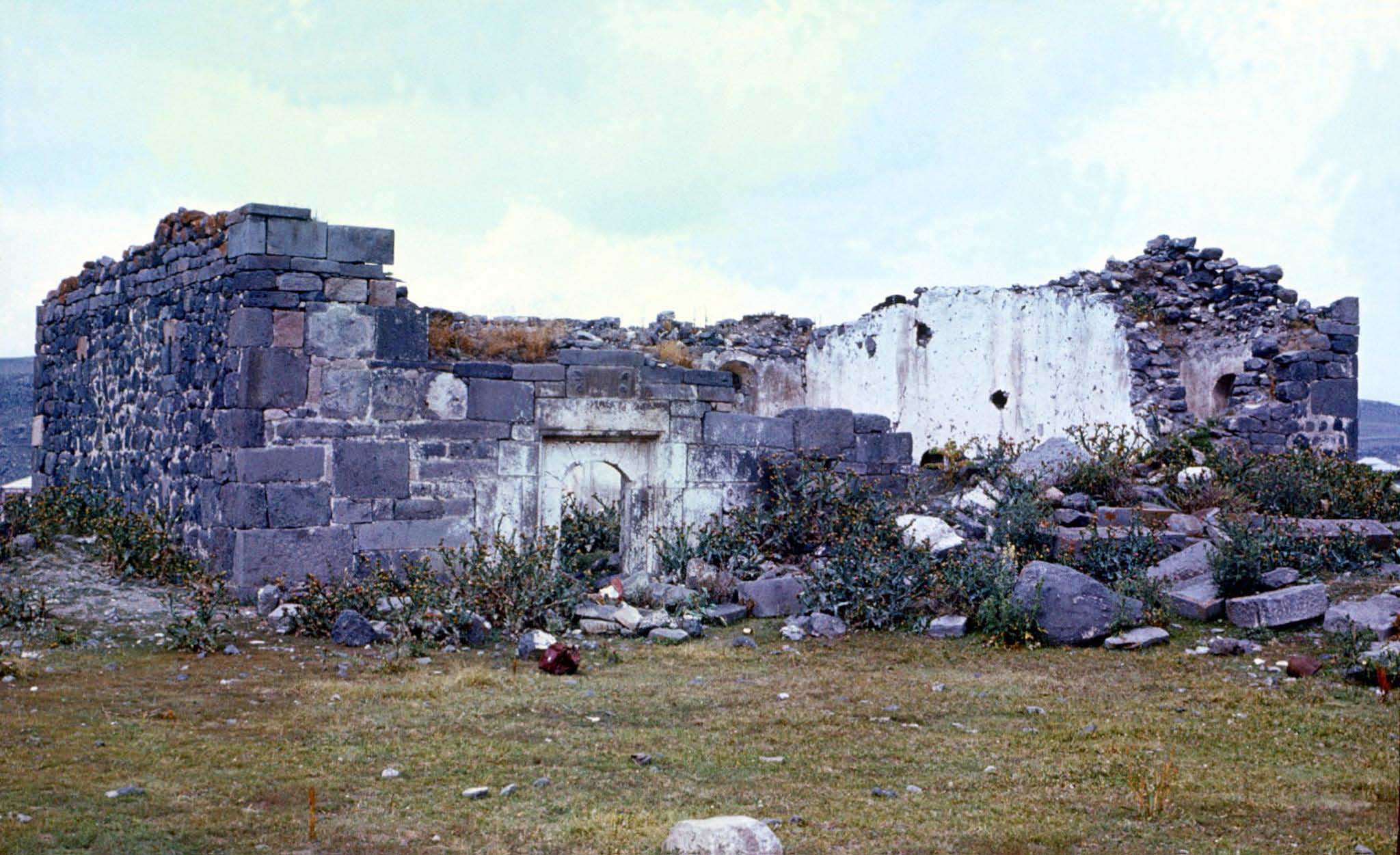 Parish priests: In the 1839-1870s Father Vardan Ter-Stepanyan is mentioned as a priest of the village, Toros Kyureghyan and Harutyun Khachatryan were the psalm readers[9] and Father Khachatur Ter-Vardanyan priested in the 1880s.[10]

School: According to the Bulletin of the Schools of the Armenian Apostolic Church in Georgia and the Imaretian Diocese of 1869, the church-parish school was founded in 1864 by the public funds. As of 1869, the school had 60 students and one teacher.[11]

Church re-consecration: As of 2006, the church was demolished and ruined. The dilapidated Surb Khach church was completely renovated and the area was improved by the philanthropy of Arkady and Hambardzoum Torosyans from Khando by origin. Before that, in 2003, the Torosians, along with their friends, also renovated Surb Astvatsatsin (Surb Marcos) church founded in the 10-11th centuries. The re-consecration ceremony of Surb Khach church become the greatest event of recent decades for the village Khando. On May 8, 2009, Surb Khach Church of Khando was re-consecrated by the Primate of the Diocese of the Armenian Apostolic Church in Georgia, His Grace Bishop Vazgen Mirzakhanian with the participation of the Prelate of the Samtskhe-Javakheti and Tsalka’s General Prelacy and clergy .[12] The Primate performed the solemn ceremony of re-consecration, which was followed by the First Liturgy. At the end of the ceremony, a great festival and a blessing of offering was held in the church yard.