The chapel was established at the end of the 19th century and the beginning of the 20th century.

Establishment of the church: Both archival documents and the press of that time provide information about the two churches in the village of Aghkyorpi, located 60km from Marneuli, Kvemo Kartli region, Georgia.

In accordance with the archival documents of Georgia and Imeretian Dioceses of the Armenian Apostolic Church, from 1845 to 1846 the village had one wooden parish church called Surb Astvatsatsin (Holy Mother of God), one priest, as well as a cemetery. The number of church parishioners is mentioned 135 [1]. There is a note in the bulletin of 1866-1867 which says that the village had two churches and two priests [2]. The parish church in the village was mentioned with the name Surb Gevorg (Saint George) in the bulletins of 1857-1860 and 1911-1913 [3]. In 1912, Surb Gevorg church was in a devastated condition, so the local public members initiated renovation of the church with their own funds [4]. The renovated church was consecrated in 1913 under the name of Surb Grigor Lusavorich (Saint Gregory the Illuminator) [5].

The parish church of the village is described as a simple, dark construction built of stone (the name of the church is not mentioned) in ''Travel Memoir'' published in ''Ardzaganq'' newspaper, in 1884. The author of the article added that there is a glorious monastery in the forested canyon 3 verst (3,2004 km) away from the village and it is a cruciform building, built of stone outside and built of brick inside and it has four columns. The outer frames of the temple doors and windows are decorated with paintings, and the existing Armenian inscriptions are engraved, so it is difficult to decipher them. It is clear from the article that as of 1884, the temple was located on the land of Prince Ivan Melikov. On the northern side of the temple were also ruins of two chapels [6]. 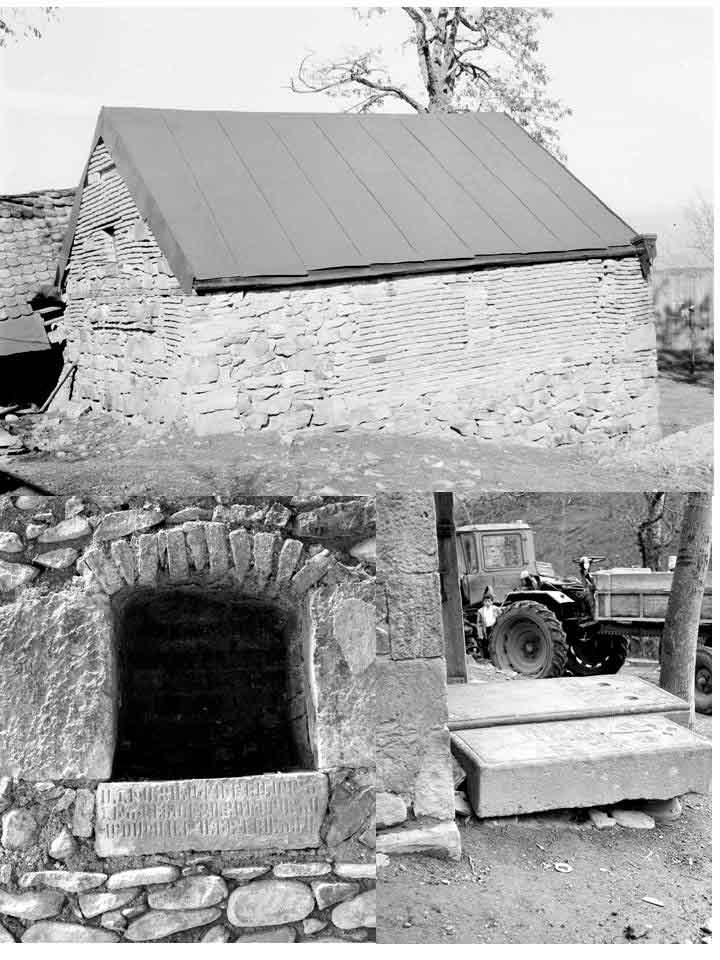 Architecture: Surb Astvatsatsin church-chapel is a small place of prayer built of breakstone and bricks. Hewn stones were used in the corners. Brick was used in the window on the southern side, in the western part of the front door as well as in upper rows of the same façade. The overall dimensions are 9,0x5,5 m. the entrance is from the western side. The double-pitched roof is tin-plated (the wooden roof was repaired in 2005 with the means provided by Anahit Avagyan, who was born in Aghkyorpi village and now lives in England. The inside walls are plastered and whitened. The Holy Altar is on the eastern part. The Baptismal Font is located on the northern wall, above which an Armenian inscription is engraved: «ԱՇԽԱՏԱՍԻՐՈՒԹԵԱՄԲ ՇԻՆՎԷՑԱՒ ԶԱՅՍ ԽՈՐԱՆՍ ՄՕՍԷՍ ԱԹԱԲԷԳԵԱՆՑՍ» (''THIS ALTAR WAS BUILT BY DILIGENCE OF MOSES ATABEGEYANTS''). There is one rectangular window on the eastern wall and one more on the southern wall. There are two tombstones with inscriptions at the entrance of the chapel: «Մոսես Աթաբեգյանցի և նրա տիկնոջ՝ Մարիամ Սիմոնյան-Աթաբեգյանցի» (''Of Moses Atabegyants and his wife, Mariam Simonyan-Atabegyan'') [7].

Parish priests: The church registers of both Surb Astvatsatsin and Surb Gevorg churches in Aghkyorpi village are preserved in the documents of Georgia and Imeretian Dioceses. Rev. Father Mkrtich Ter-Vardanyan [8] and Rev. Father Grigor Miskaryants [9] were mentioned as  priests of Surb Astvatsatsin church.

The church during the Soviet and Post-Soviet period: During the Soviet era Surb Astvatsatsin church, like many other churches, was closed and turned into a warehouse. Due to the care and initiatives of the villagers, the church remained standing. Later the church was renovated by the people, and it opened its doors to the faithful. It was partially renovated in 2005 and consecrated by the local clergy.