The establishment of the church: The village of Kizil-Kilisa is one of the Armenian villages in Tsalka region located 27 km from the regional center. The name of the village is translated from Turkish as Karmravank (Red Monastery) [1]. Archival documents about Surb Astvatsatsin church in Kizil-Kilisa village provide information from the 1930s and 1940s. Particularly, in accordance to them, the number of parishioners of the church during the above-mentioned period was 296 [2]. Kyuregh Harutyunyan was mentioned as a priest, and Vahan Vardanyan, Dinkianos Torosyan, Sargis Rafaelyan and Mikayel Baghdasaryan were mentioned as tbirs (clerks) of the church [3]. The list of the Diocesan movable and immovable property of 1837-1840 also includes Surb Astvatsatsin church with its various church items. [4].

In the 1860s, Surb Astvatsatsin church was mentioned as a wooden building [5], and in the 1800s as a construction built of stone, with tiled roof and white-plastered inside [6].

Architecture: Surb Astvatsatsin church has a basilica type; it is built of tuff (a type of stone), it is a rectangular structure built on an oblong axis. The overall dimensions are 16,84x10 m. The inner space of the building is divided into arched parts. The entrance is from the southern side, above it is placed a shiny cross in the form of the sun, dated back in 1874. A two-storey belfry is built near the entrance. On the eastern is the baptismal font is placed, above which, in the upper part of the edged arch there is writing in Armenian about the benefactor who built the Holy Font in memory of his parents: ''THE BAPTISMAL FONT OF THE CHURCH OF HOLY MOTHER OF GOD IN KIZIL-KILISA IN MEMORY OF GEVORK TER-ABRAMYAN TER-POGHOSYANTS AND HIS PARENTS, NOVEMBER, 1876'' [7]. 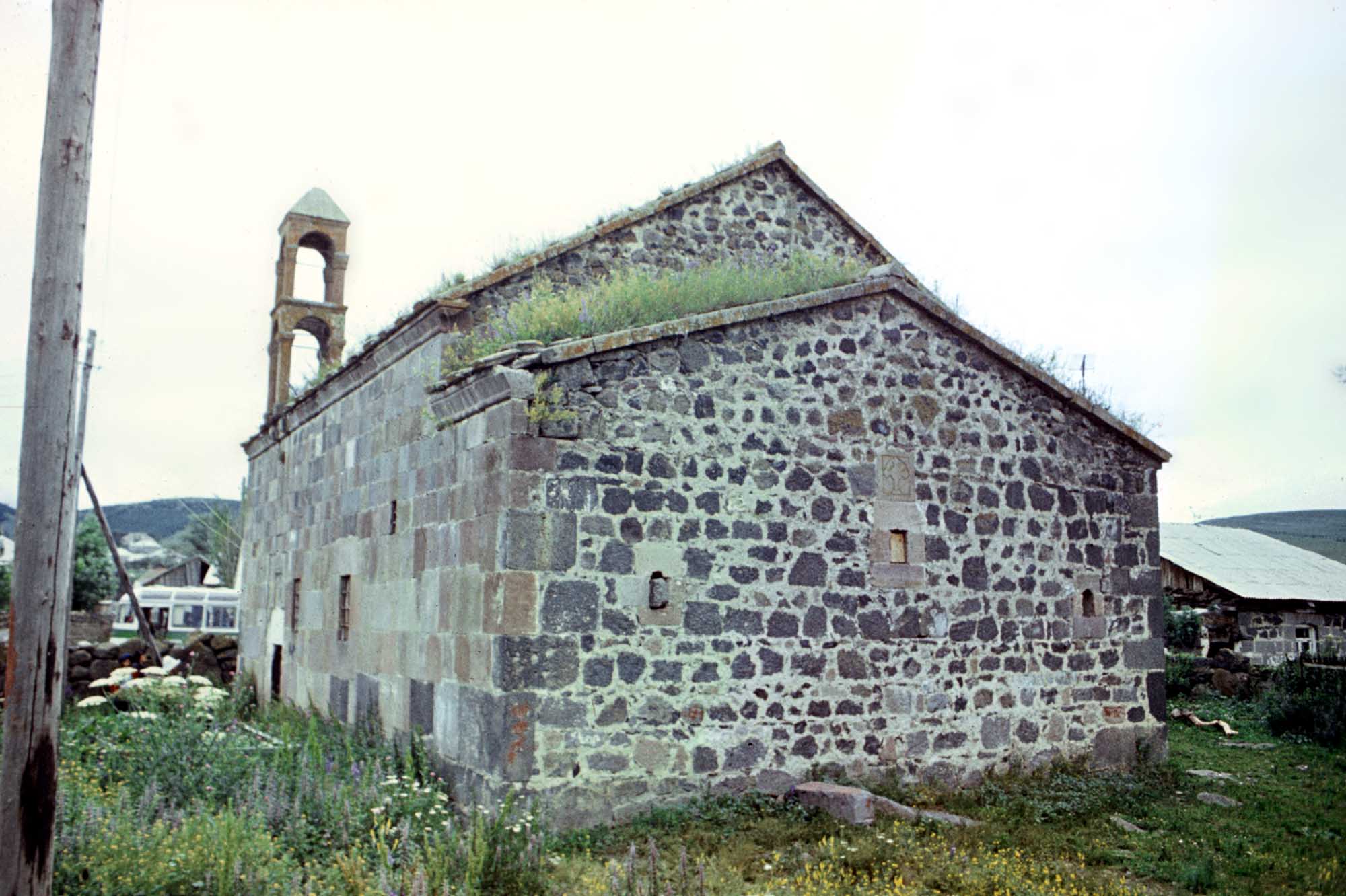 Parish priests: Rev. Father Hovhannes Ter-Khachatryan is one of the priests of Surb Astvatsatsin church in Kizil-Kilisa [8]. He was a priest from 1860 to 1880.

School: In accordance with the bulletin of the agency of Akhalkalaki and Tsalka (1906), both Kizil-Kilisa and Tsalka region's other villages did not have a school at that time [9]. From 1907 – 1908, at the initiative of the villagers and with the support of the Diocesan authorities, measures were undertaken in order to open a church-parish school.

Reconstruction and re-consecration of the church: On December 1, 2001, on the Feast of the Apostles St. Thaddeus and St. Bartholomew, Surb Astvatsatsin church, renovated with the support by benefactor Aramyan family, was re-consecrated by the Primate of the Armenian Diocese in Georgia, His Grace Archbishop Gevorg Seraydaryan with the participation of Prelate of Samtskhe-Javakheti and Tsalka's General Prelacy Rev. Father Babgen Salbiyan and clergymen. The four corners, columns, Holy Altar and the Baptismal Font of the church were consecrated with Muron (Chrism). After the conclusion of the solemn ceremony of consecration, Prelate of Samtskhe-Javakheti and Tsalka's General Prelacy Rev. Father Babgen Salbiyan celebrated the first Divine Liturgy in the sanctified temple, afterwards, the first Holy Baptism was offered in the church, then blessing of Matagh (Thanksgiving Animal Sacrifice) was offered and the faithful had a meal. The day ended with festive national dances and songs [10].