Church construction: The church of the village of Balxo was founded in the 30s of the 19th century by the initiative of the villagers. The church named Surb Harutyun is mentioned in the list of churches of the Armenian Apostolic Church in Georgia and the Imeretian Diocese of the 1839-1840s.[1] In connection with the renovation in 1868, the church is mentioned by the name of Surb Harutyun in the construction protocol made on the lintel of the western entrance of the church,[2] whereas starting from 1869 in the archival documents it is mentioned by the name of Surb Sahak Partev.[3]

In 1868 priest Minas Mkrtchyan initiated the construction of the new church on the site of the old church. Later, in 1898, they built the church enclosure. Some relevant construction protocols proving this have also been preserved.[4] After the reconstruction, the church was consecrated and later mentioned as Surb Harutyun.

Architecture: The church is made of red tuff. It is a hall- type church. The total dimensions are 17.1x9.50 m. They used composition decorative pilasters as an artistic-decorative way. There are square windows on the southern and northern walls, while on the western and eastern walls - semi-circular windows. The entrance is from the western side. Below the khachkar, engraved on the western façade, there is quatrain inscription in Armenian. The bell tower is built on the western side of the roof. The gable roof is installed with tinplate. The hall is divided into naves, which are connected to each other by arches. The Altar is on the eastern part with its chapels on the right and left sides. The Baptismal Font is on the northern wall.[5] 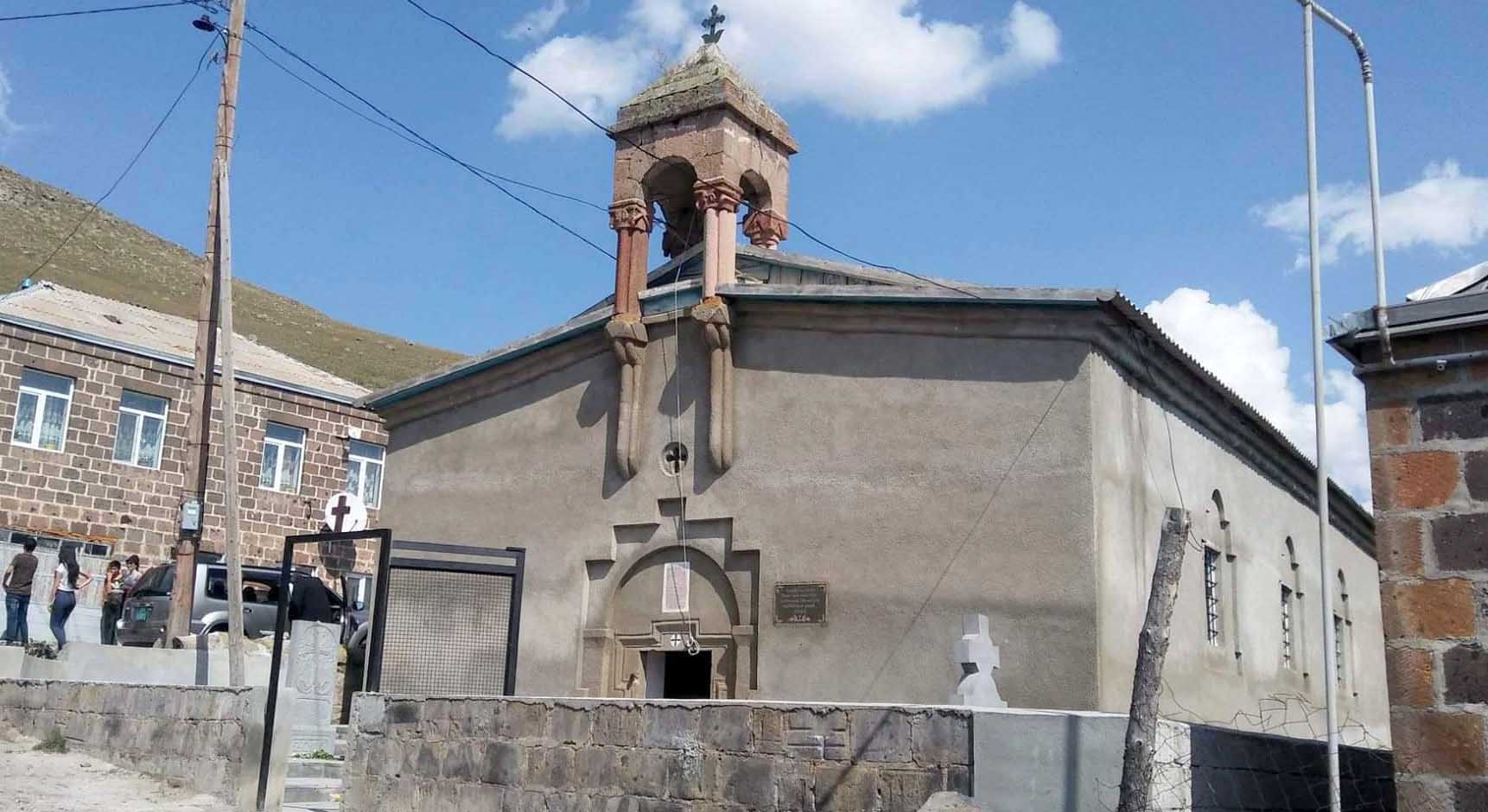 School: The archival documents about the church parish school of the village provide information starting from the 1860s. According to the school bulletin of Akhalkalaki and Tsalka of 1865, the number of pupils at that moment was 21.[7]

Church in the Soviet era: In the Soviet era, the church lost its function and turned into a collective farm warehouse. The neglected and prayer less church, has been partially renovated by the worthy sons of the village. In 2004 after the first partial renovation of the church, the Prelate of the Samtskhe-Javakheti and Tsalka’s Genereal Prelacy, Rev. Father Babken Salbiyan consecrated the church and the temple became one of the acting churches of the Diocese of the Armenian Apostolic Church.[8]

Church renovation and re-consecration: The solemn re-consecration ceremony of Surb Harutyun Church in Balxo was held on August 25, 2018. It was renovated by Mesrop Movsisyan’s charity, a worthy son of the village now living in Russia.

The church was re-consecrated by the Primate of the Diocese of the Armenian Apostolic Church in Georgia, His Grace Bishop Vazgen Mirzakhanyan with the participation of Reverend Father Tatev Marukyan, Father Tadevos Ter-Mkrtchyan and Father Tigran Mkhitaryan. After the Oening of the Doors (Drnbatsek) Service, the Holy Table ,the Baptismal Font and the 16 columns of Surb Harutyun Church were consecrated with Holy Chrism.

In the renovated and re-consecrated church, the first Divine Liturgy was served by the Reverend Father Tadevos Ter-Mkrtchyan, the spiritual pastor of Surb Gevorg church and adjacent villages of Arakova.[9]

[4] S.Karapetyan, in the same place

[9] Press Office of the Diocese of the Armenian Apostolic Church in Georgia.