Construction of the Chapel: The village of Karmir (Red) in Marneuli region, Kvemo Kartli, Georgia has a history of more than 100 years. It is an Armenian-populated village. It is mainly inhabited by the generations of deportees and survivors from Western Armenia. Here the Armenians kept and preserved their language, faith, and national values. Living during the Soviet era, when God was denied, the villagers did not have places of prayer and a church, but in 2012, on the initiative of community resident Vilikhan (Vilik) Khachaturyan and other community members and with the support of the Headquarters of the Armenian Apostolic Holy Church of the Armenian Diocese in Georgia, Srbots Avetaranchats (Holy Evangelists) chapel was built in Karmir village. On June 2, 2012, the newly built chapel was consecrated by the Primate of the Armenian Diocese in Georgia, His Grace Bishop Vazgen Mirzakhanyan. At the conclusion of the holy ceremony of consecration of the chapel, the first Divine Liturgy was celebrated by the Pastor of Armenians in Marneuli region Rev. Father Movses Ashuryan [1]. 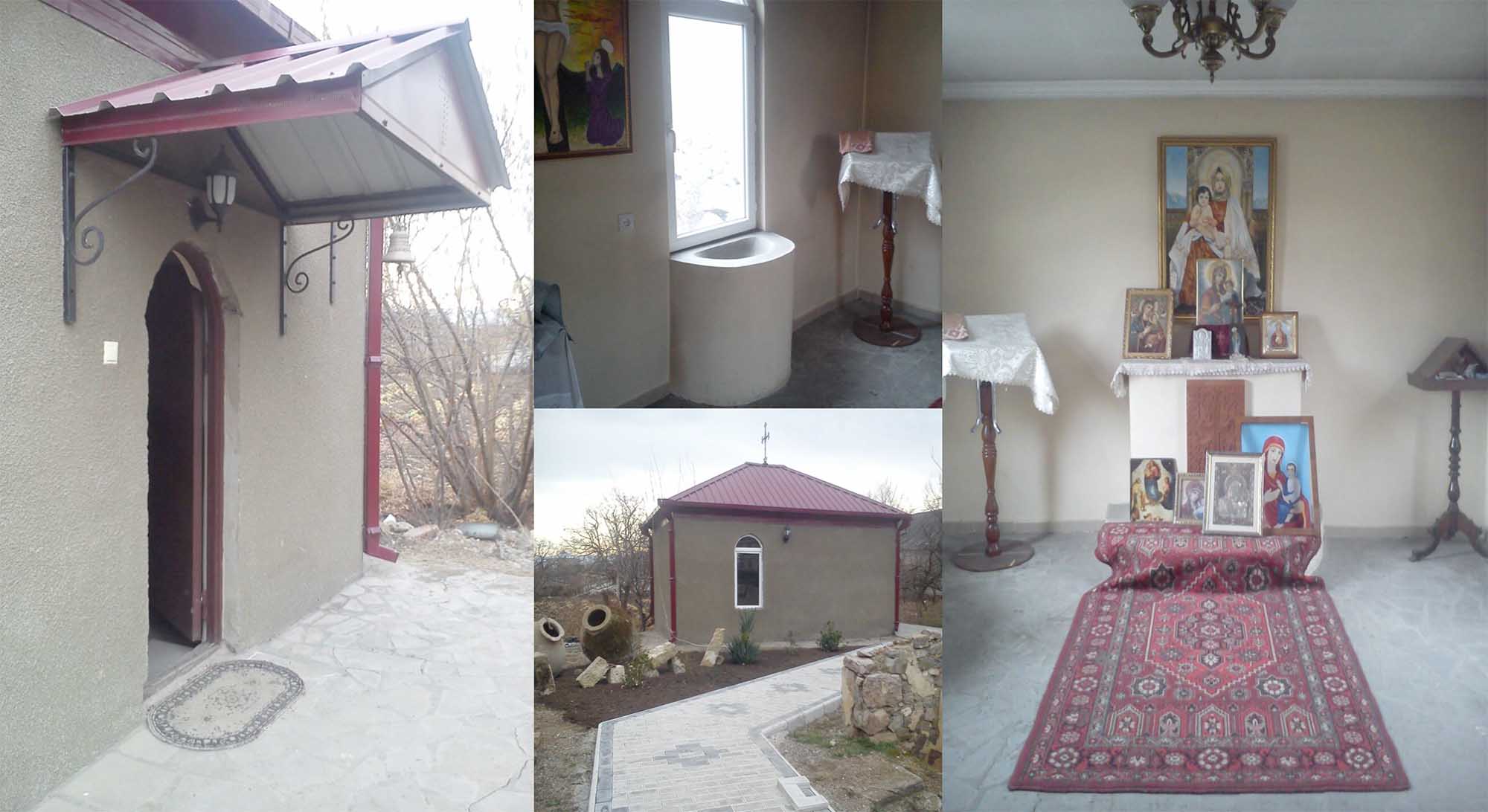 Brief description of the chapel: Srbots Avetaranchats chapel is a rectangular chapel. The overall dimensions are 6.17x4.43 m. The front walls are plastered with concrete solution. The semicircular entrance is from the western side, above which there is a cover. The double-pitched roof is tin-plated. The walls are plastered inside. In the eastern part, at the height of one stair, there is the Holy Altar, in which a cross-stone (khachkar) made of tuff (type of stone) is carved. The Baptismal Font is located on the northern wall [2].

Srbots Avetaranchats chapel is the only functioning sanctuary in the eight Armenian communities in Marneuli region [3]. In 2015, on the anniversary of the Armenian Genocide, a cross-stone (khachkar) in memory of Armenian Genocide martyrs was erected in Karmir village.

The monument was erected on the initiative of with the sponsorship of Davit Davtyan and Grigori Eloyan, who were born in Karmir village and now live in Russia. They were joined by a number of people from Karmir village who moved to Russia. The solemn consecration of the cross-stone was held on June 26, 2015.

The cross-stone (kachkar) in memory of martyrs of the Armenian Genocide ercted in Karmir village is the first one among the Armenian-populated villages in Marneuli, Kvemo Kartli region [4].

[4]http://armenianchurch.ge/hy/news/34-news/959-karmir-gyugh: Press Department of the Armenian Diocese in Georgia