Mentioned from the 1840s

The village cemetery extends to the north-western edge of the village. 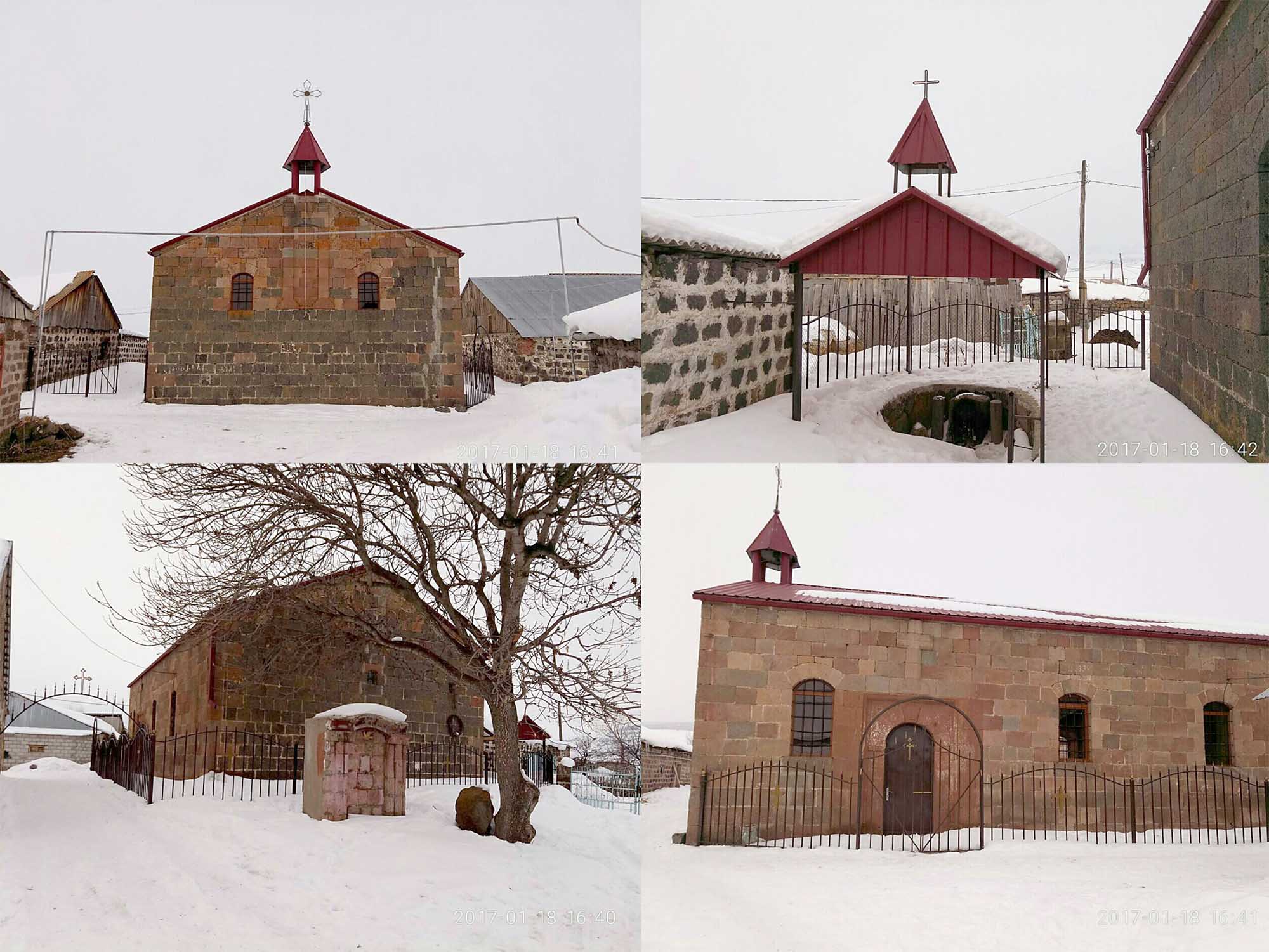 Architecture: Surb Amenaprkich church is built of tuff and belongs to the hall type. The total dimensions are 16,82x9,67m. There are arched windows on the southern and northern walls. The entrance is from the southern side. The bell tower, based on four pillars, is built on the western side of the roof. The church is roofed with tinplate. The interior space is a large hall without separating pillars . The walls are plastered and painted. The Altar with its right and left- side chapels is located on the northern part of the church .The Baptismal Font is also on the northern wall .The ceiling is covered with wooden boards.[7]

Parish priests: Father Ghukas Ter- Baghdasaryan was one of the priests of Surb Amenaprkich Church.[8]

School: The church-parish school in the village of Lomatutskh was opened in 1863 by means of the local residents. As of 1869, it had 20 pupils.[9] Hovhannes Ter-Baghdasaryan was one of the teachers.[10]

Church re-consecration: Surb Amenaprkich Church belongs to the number of churches that lost its function during the Soviet era and turned into a warehouse of a collective farm, thereupon a wedding and funeral banquet hall, and then was neglected.

In 2016 on the initiative and charity of the former residents of Lomaturtskh, Sedrak and Arthur Khachatryan Brothers, the renovation works of the church were carried out in the short term with the active involvement of the village builders and local Gevorg Iritsian’s arrangement.

111 years after its first consecration, the re-consecration ceremony of Surb Amenarkich Church was held on June 11, 2017.

The festive day ended with a hospitality organized by Sedrak and Arthur Khachatryans.[11]

[11] http://armenianchurch.ge/hy/lurer/34-news/1347-ekghecu-ocum: Press Service of the Diocese of the Armenian Apostolic Church in Georgia