Church foundation: Surb Sargis Church of the village of Diliskka of Akhalkalaki region is mentioned in the church bulletin of the Armenian Apostolic Church in Georgia and the Imeretian Diocese of 1840, according to which the number of church parishioners was 499 .[2] The new church was built in the early 1870s.[3] In 1885 the church was stony with wooden cover. It also had a manuscript Gospel written by dean Grigor.[4]

Architecture: The church is built with not cultured stones, lime and belongs to the single-nave hall type. The western façade is an exception, as it is built of a polished stone. There are kachkars (cross-stones) of the 15th and 16th centuries put into the interior walls. The external dimensions of the church are 19.68x12 meters. The bell tower set on six pillars is located at the top of the western façade.[5] The entrance is from the western side at the top of which there is a semi-circular window. The roof is curved. Previously it was wooden ,whereas now it is roofed with tinplate . The interior space was divided into three naves with four pairs of wooden pillars, whereas presently there is a large hall without any support columns. The Holy Altar is built on the eastern part with its right and left-side chapels. The baptismal font is on the northern wall.[6] 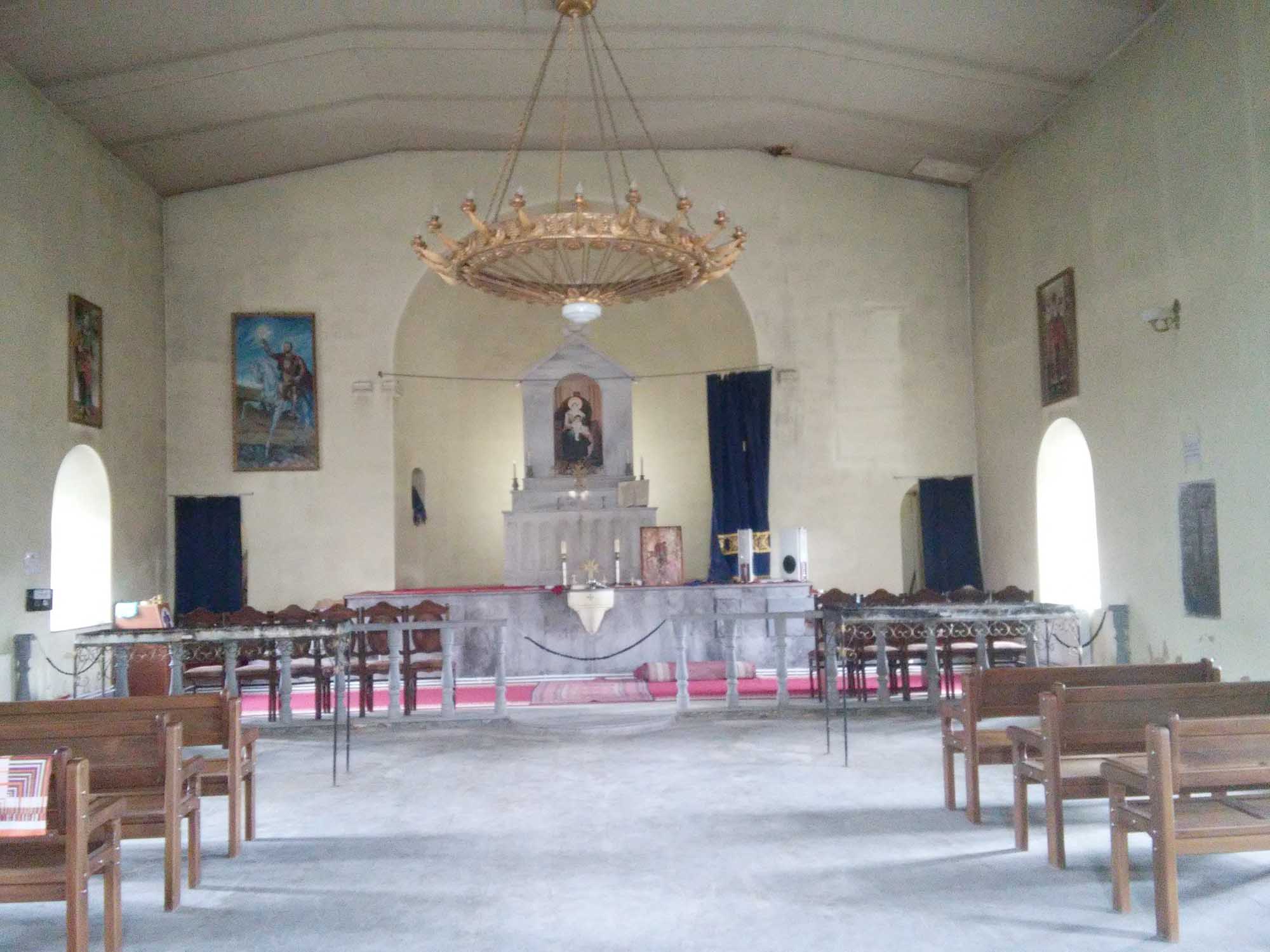 Church in the Soviet and post-Soviet era: Like many other churches, Surb Sargis Church of Diliska also appeared in the state of warehouse . During those years the church did not serve its purpose, therefore gradually appeared in a hopeless state because of its dampness and unreformed condition. However, later the church and the adjacent area were completely renovated and reformed with the financial support and philanthropy of Samvel Nahatakyan from Diliska by origin.[11]

Church re-consecration: On December 9, 2009, Surb Sargis Church of the village of Diliska was re-consecrated by the Primate of the Diocese of the Armenian Apostolic Church in Georgia, His Grace Bishop Vazgen Mirzakhanyan with the participation of the Prelate of the Samtskhe-Javakhketi and Tsalka’s Prelacy , Rev. Father Babken Salbiyan. During the re-consecration ceremony of the church, the temple was blessed, therefore the 16 columns, the baptismal font, icons and khachkars were re-consecrated. Then the first Divine Liturgy was served.[12] 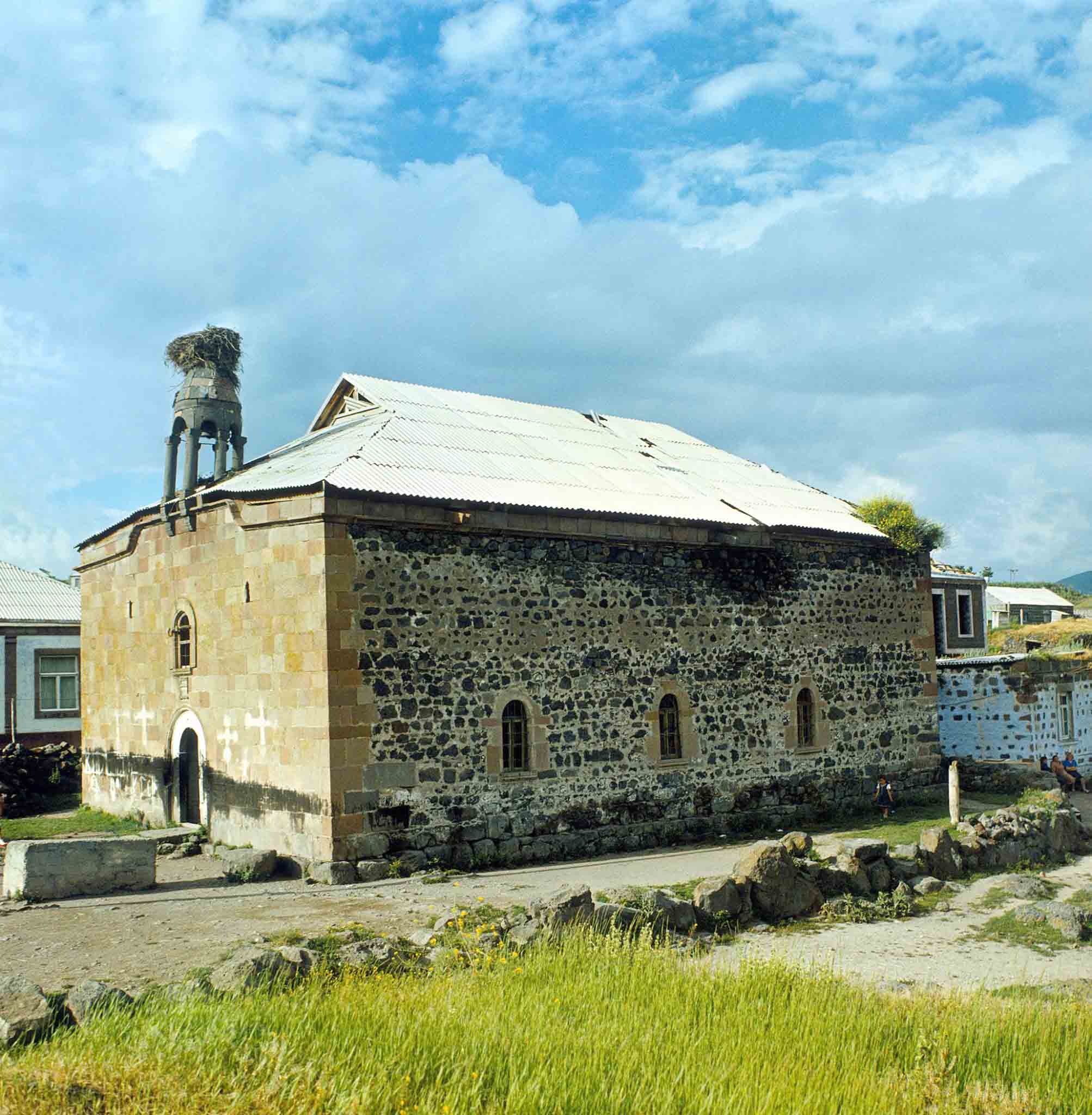 The holiday of Surb Sarkis is one of the exceptional church holidays in Javakheti which gathers tens of thousands young people around the Armenian Church. According to the accepted tradition, on that day young people from nearby villages and settlements go to Surb Sarkis Church in Diliska of Akhalkalaki region.[13]

The church actively promotes its activity today as well. The church once again was renovated in 2007 by the philanthropy of Nairi Nahatakyan who is from Diliska by origin living in Russia at present. The church received more splendid appearance with its altar and baptismal font ornamented with frescoes. On December 9, 2017, the consecration ceremony of the khachkar(cross-stones) dedicated to the memory of the Armenian Genocide victims and unknown soldier was held in the yard of the renovated church. The consecration ceremony of the church and the blessing of the memorial khachkar was performed by the Primate of the Diocese of the Armenian Apostolic Church in Georgia, His Grace Bishop Vazgen Mirzakhanyan with the participation of the clergy.[14]

[13] http://armtimes.com/hy/article/126956 Press Service of the Armenian Apostolic Church in Georgia

[14] http://armenianchurch.ge/hy/lurer/34-news/1510-khachqar-diliska Press Service of the Armenian Apostolic Church in Georgia