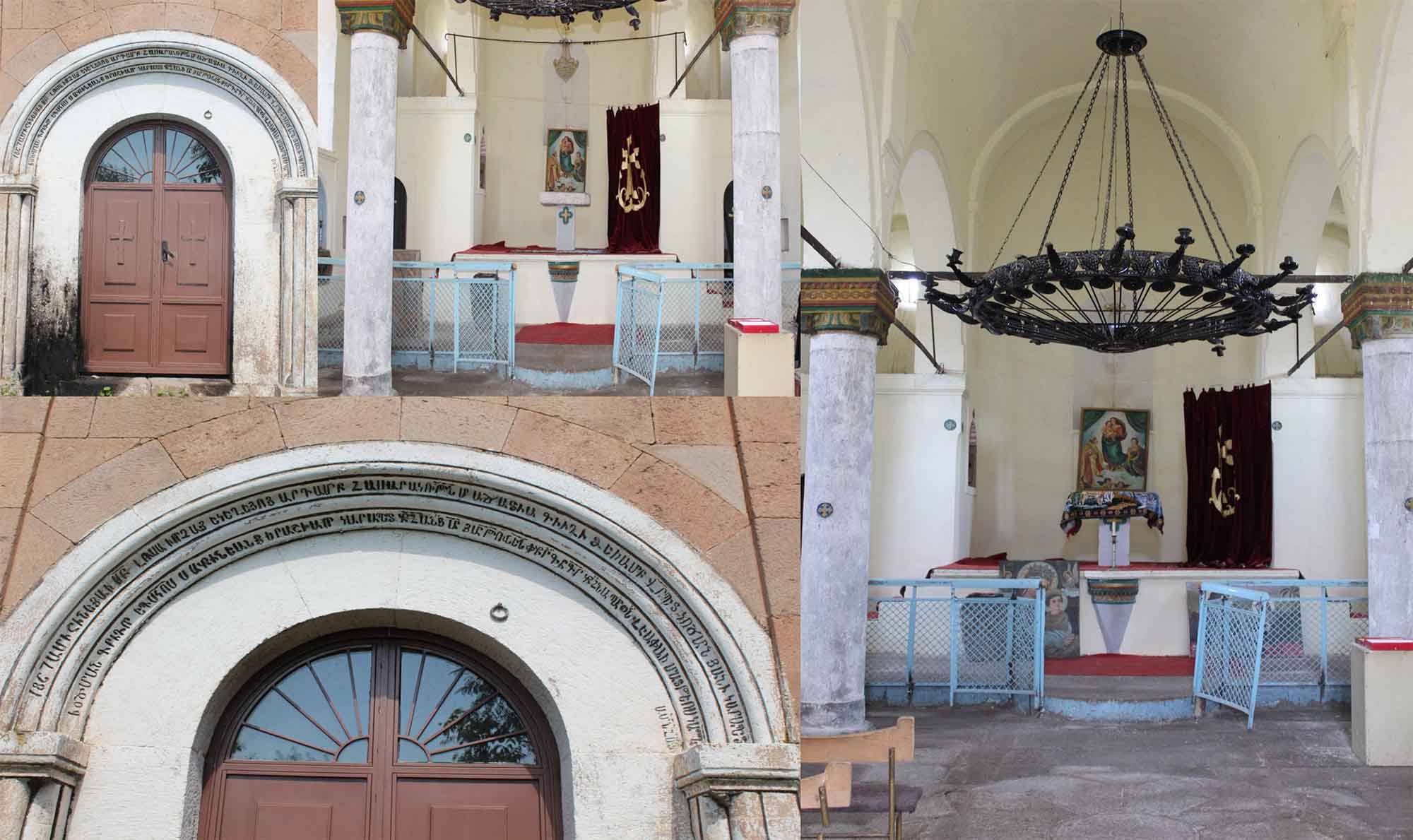 {/modalMentioned in the 1840s by the name of Surb Harutyun(Holy Resurrection) .

Church Foundation: Grigor Lusavorich Church in the village of Majadia, 5km north-east of Akhalkalaki, was founded in 1867, as evidenced by the construction protocol above the church lintel. According to the protocol, the church was built by means of the village community, and the master of the church was Karapet Kotsmanyan. The church was consecrated by Bishop Grigor Sakinyants.[1] It is mentioned as a stony, vaulted building. [2] Before the construction of the mentioned church, in the village operated a church by the name of Surb Harutyun, which is mentioned in the archival documents of the Armenian Apostolic Church in Georgia and the Imeretian Diocese of the 1840-1850s. Particularly, the church is mentioned by the name of Surb Harutyun (Holy Resurrection) in the church bulletin of the diocese of 1840.[3] 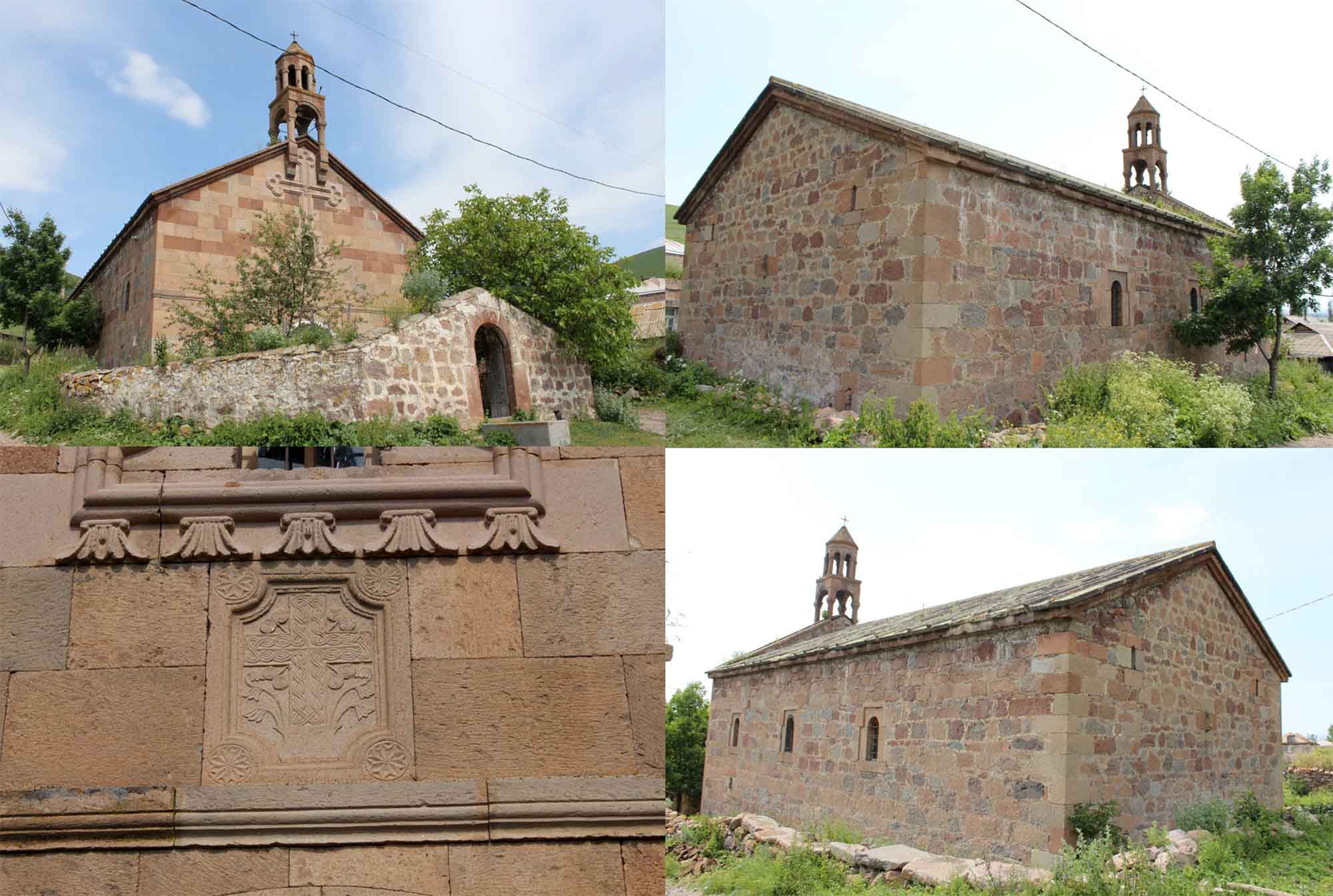 Architecture: Surb Grigor Lusavorich Church is built of mixed types of tuff and belongs to the hall type. The total dimensions are 18.34x10.15m. There are arched windows on the southern and northern walls. The entrance is from the western side. There is an Armenian inscription made on the frontal facade. There is a cross-shaped ornament engraved of tufa at the top of the entrance. The two-storey bell tower is built on the western part of the roof. The gable roof of the church is installed with tuff tiles. The interior walls are plastered and painted. The hall is divided into three naves with pillars. The Altar is located on the eastern part with the chapels on its right and left sides. The Baptismal Font is on the northern wall.

Cemetery: The cemetery is extended not far from the church, where there are quadrilateral fragments of monuments dating to the 6-7th centuries and a khachkar dating back to the 15th-16th centuries.[6] 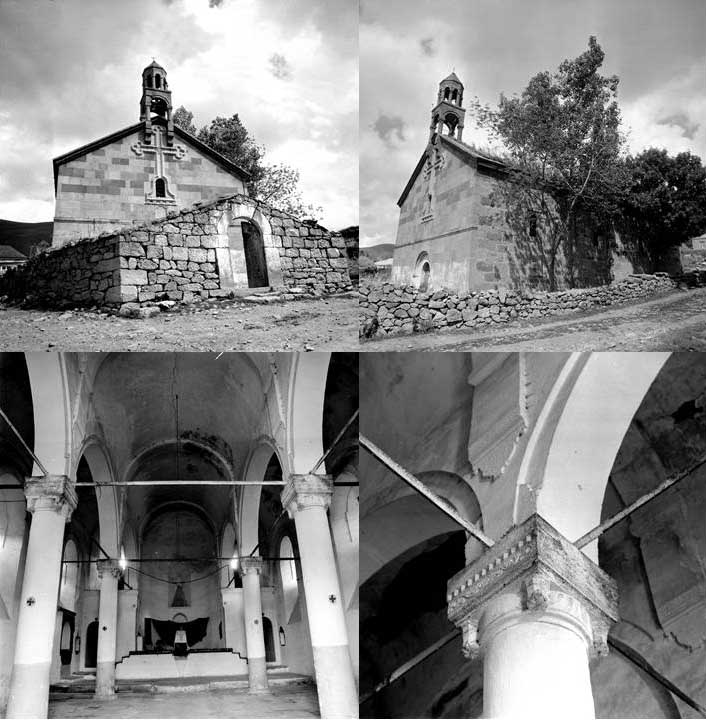 Church renovation: After the years of atheism in the Soviet Union, Surb Grigor Lusavorich Church was also in need of consecration and repair. In 2013 Surb Grigor Lusavorich Church of Majadia was renovated by the former residents of Majadia living in Samara. The works of roofing, tiling of the interior space and improvement of the outer space were carried out in 2017.

On May 28, 2017, on the occasion of the 150th anniversary of the church construction, a Divine Liturgy was served by the Prelate of the Samtskhe-Javakheti and Tsalka’s General Prelacy, Rev. Father Babken Salbiyan. During the Divine Liturgy, the Liturgy Priest and the Primate addressed the words of encouragement and congratulation to the inhabitants of Majadia for celebrating the church’s 150 anniversary and renovating the church by their own.[7]

[7] Press Office of the General Prelacy of Javakheti