THE CHURCH IS MENTIONED FROM THE 30-40S OF THE 19TH CENTURY.

Establishment of the church: Ashkhala (Ashkala) is an Armenian-populated village in the Tsalka region of Kvemo Kartli province, Georgia. In the 1830s, parishioners raised the issue of having a church and the Church Council decided to build it with donations [1]. The exact date of the establishment of Surb Minas church in Ashkhala village is not known. The name of the church was mentioned since the 30s and 40s of the 19th century in the archival documents of the Armenian Apostolic Church in Georgia and Imeretian Diocese. The number of parishioners and the names of priests and tbirs (clerk) were mentioned in them. Particularly, as of 1840, the number of the parishioners was 770[2], Rev. Father Khachatur Hovhannisyan was mentioned as a priest, Petros Harutyunyan, Gevorg Poghosyan, Khachaturyan Harutyunyan were mentioned as tbirs [3].

Archival documents also provide information about the movable and immovable property of the church during 1837-1840. Apart from church items, it also had vacant lands on its four sides [4]. 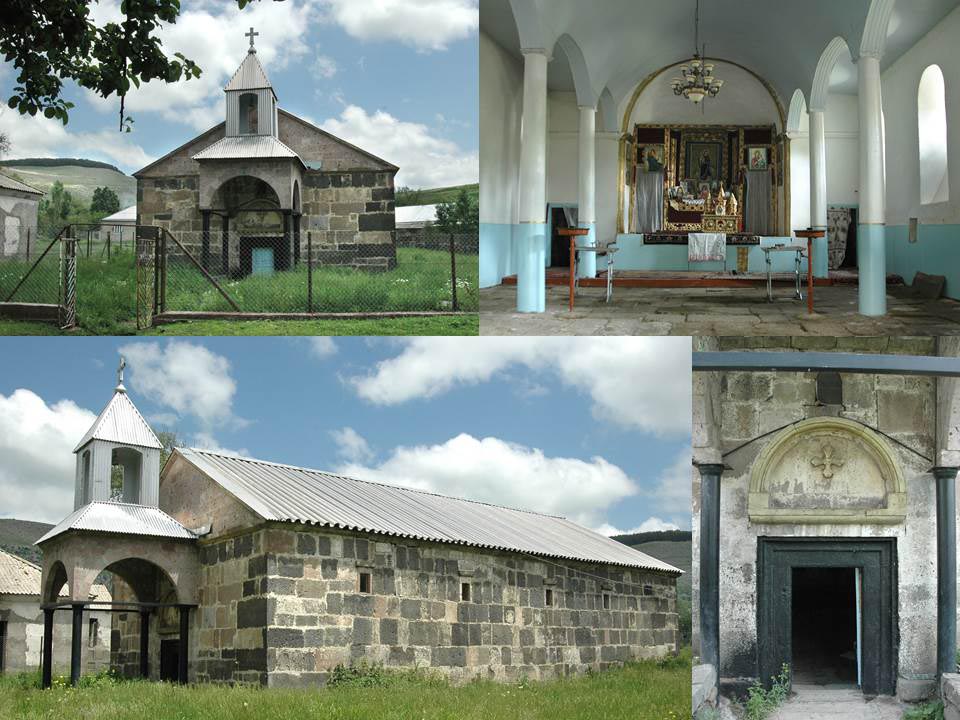 In the 1860s, the church was mentioned as a wooden building [5] and in the 1880s – built of stone, wooden-covered with painted ceiling building [6].

Architecture: Surb Minas church has a type of basilica, it is built of stone. The overall dimensions are 17.25 x 10.2m.

The entrance is from the west, which leans on a small four-story belfry. A cross is placed in the arch area, just above the entrance. The inner hall of the church is divided into arched walls which lean on four columns. In the eastern part of the church is the Holy Altar with its left and right chapels [8].

School: The decision to open a parochial school in Ashkhala village was made on October 8, 1907, at a village parish meeting held under the presidency of the Diocesan Primate Rev. Father Archimandrite Zion. The school was meant to be built and maintained with the support and means of the local community [12].

The church in the Soviet and Post-Soviet Period: Surb Minas church was operating until the establishment of the Soviet regime. During that period, the church was renovated several times, but in 1930 it was closed, turned into a warehouse, afterwards into a cinema hall. For some time the church building served as an elementary school, then an eight-tear school, but later it was turned into a warehouse again. The main reconstruction of the church was initiated in the 90s of the 20th century by the young residents and benefactors of the village; after the reconstruction it was reopened. Surb Minas church was restored in 1994 [13].

[8] The Armenian Historical and Cultural Heritage Study Center in Georgia. Diocese of the Armenian Apostolic Church in Georgia