THE CHURCH IS MENTIONED FROM 1960S.

The establishment of the church: The village of Khach (Cross) is one of the Armenian villages in Tsalka region. The inhabitants of the village are mainly from neighboring Ashkhala, but later Armenians who had emigrated from Erzrum also settled in the village.

The archival documents of the Consistory Fund of Georgian and Imeretian Dioceses of the Armenian Apostolic Holy Church contain information about Surb Gevorg church in Khach village since the 1960s. In the bulletin of the Diocesan churches, it is mentioned as a stone-built building, which had 290 parishioners [1]. Originally the church was covered with wood, but later it was reconstructed several times and the wooden roof was changed. According to the ''Travel Memoir'' (''Chanaparhordakan Hishatakaran''), besides Surb Gevorg church built of stone, there was also Surb Karapet (Saint Karapet) chapel (built of stone) [2]. The latter was located in the high part of the northern side of the village and every year, as spring came, the Pilgrimage Day of Surb Karapet chapel was celebrated [3].

Architecture: Surb Gevorg church has a basilica type. It is made of mixed tuff (a type of stone). The overall dimensions are 11,17 x 8,2 m. The entrance of the church is from the western side, at top of which the four-tier belfry is built. The inner space consists of one ship. The Holy Altar is in the eastern part. There is a lantern in the northern wall. There is an inscription written in Armenian on the left side of the entrance. The inscription is about reconstruction of the church: ''THE CHURCH IS BUILT | BY THE ANCESTORS OF TER KHOREN | IT WAS RESTORED | (swallow) BULUDYAN KHOREN OF KHACHATUR |TOGETHER WITH HIS BROTHERS | 2002 '' [4].

School: In accordance with the archival documents of the Georgian and Imeretian Diocesan Headquarters, in 1908, a parish school was opened in the village. Bagrat Arakelynats is mentioned as a deputy and a member of the Board [5]. 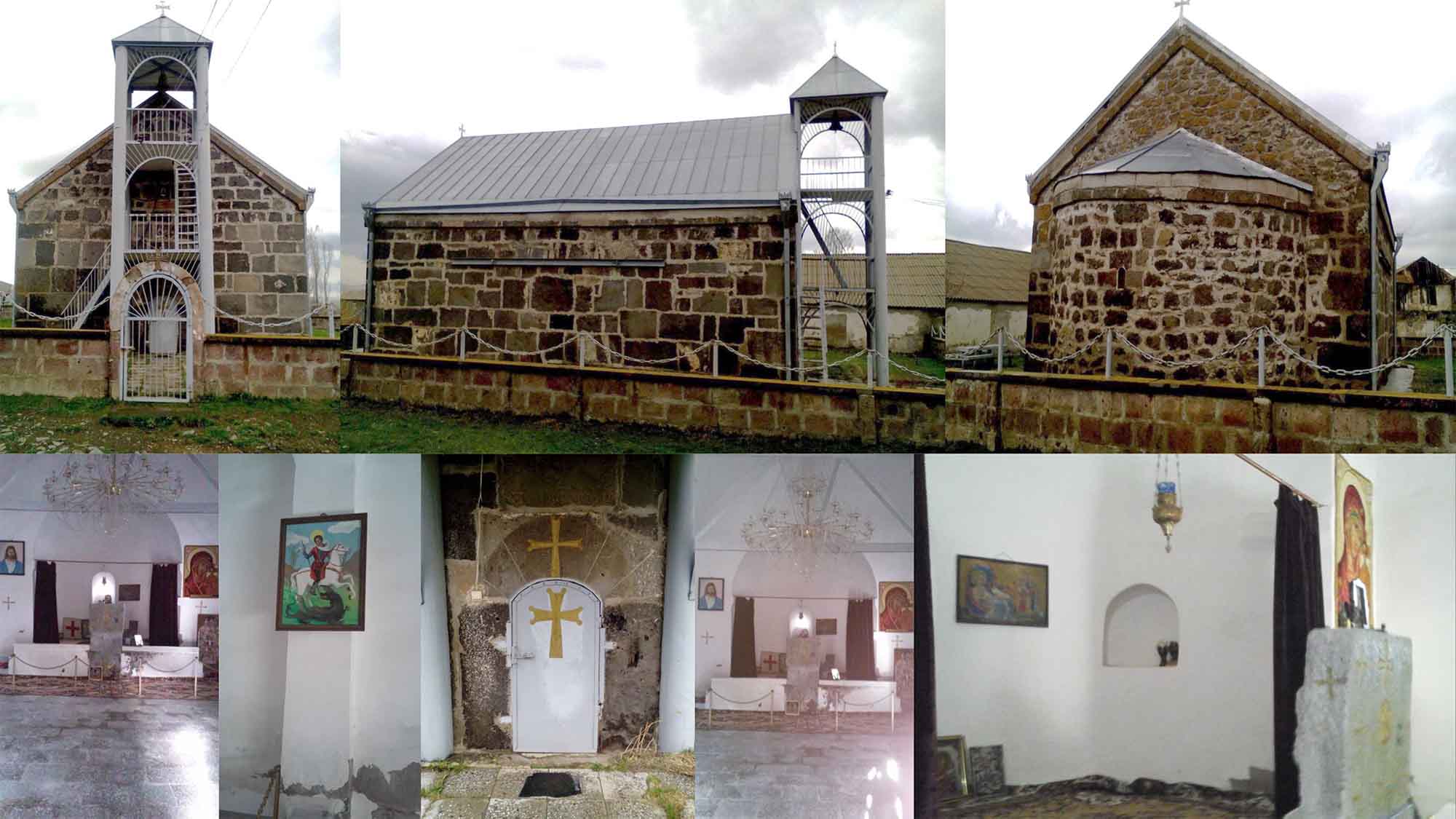 Reconstruction and reopening of the church: During the Soviet regime, Surb Gevorg church was repressed. In 1924 it was closed and turned into a warehouse. Later, only in 2002, thanks to the efforts of the villagers, the church was cleaned of the accumulated garbage and all unnecessary things. Afterward, it was renovated, and the church regained its former appearance with the help and financial support provided by Khoren Buludyan, who was born in Khach village and was living in Russia.

On October5, 2002, with the blessings of the Primate of the Armenian Diocese in Georgia, His Grace Bishop Vazgen Mirzakhayan, Opening of the Doors (Drnbatsek) Service was offered by Prelate of Samtskhe-Javakheti and Tsalka's General Prelacy Rev. Father Babgen Salbiyan and Rev. Father Samvel Torosyan. On October 6, blessing of the church service was offered in the presence of numerous guests and the doors of the church, which had been closed since 1924, were solemnly opened. The ceremony was followed by the first Holy Baptism. After the spiritual ceremony, at the initiative of the benefactor a meal was served accompanied by folk songs and dances [6].