Establishment of the church: The village of Khojabek is located 16 km southeast of Akhalkalaki, 2 km away from the eastern shore of Lake Khanchali, 1930-1950 m above sea level. It was adjacent to the Ninotsminda regional center from the northwestern side, now it is united with the regional center and it is considered one community. The residents of the village of Khojabek established their parish church in the 1940s without the approval of the consistory. The church was not consecrated until 1848. In the same year, they applied to the consistory asking for consecration of the church [1]. As of 1866, the church is mentioned as a wooden structure in the archival documents of the Diocese [2]. Surb Sarkis church served its purpose until the 1980s. In 1882-1884 the construction of a new church began. Information about the construction and consecration of the church is kept in the inscription about the construction on the western wall of the church, on the window lintel above the entrance. According to the inscription, the church was built with public funds. The church was consecrated in 1884 by the Primate of the Georgian and Imeretian Dioceses of the Armenian Apostolic Holy Church His Grace Bishop Aristakes [3]. 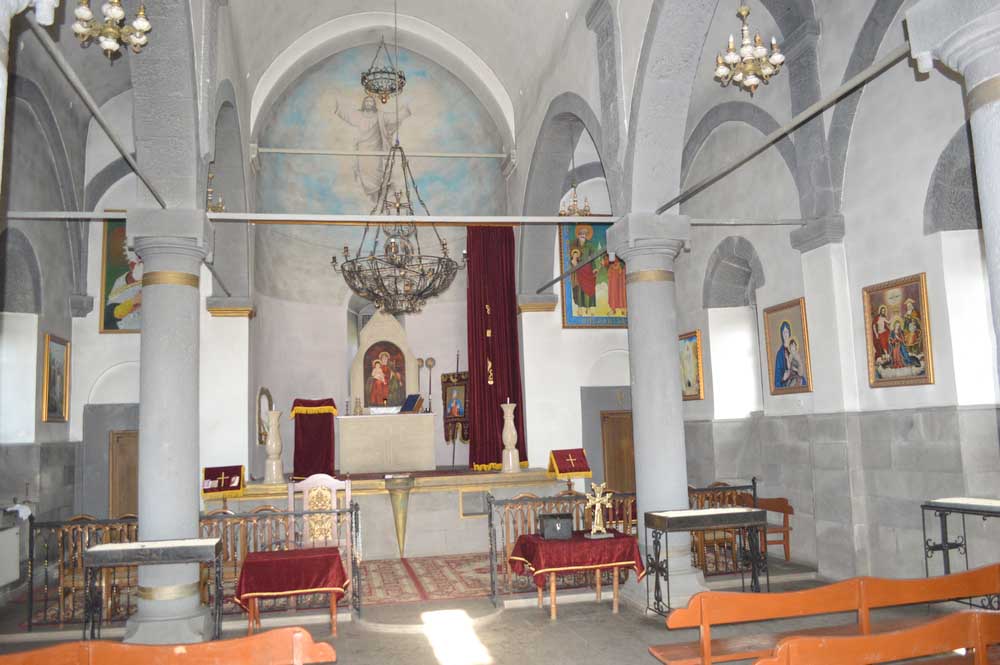 At the beginning of the 20th century, the capital of the church was 417 rubles and 58 kopeks, the income from real estate was 76 rubles and 46 kopeks in silver [4].

Architecture: Surb Sarkis church was built of hewn stone. The external dimensions are 18,68 x 11,02 m. The entrance is from the western side. The two-story belfry is built on the top of the western front [5].

School: The church parish school of the village was opened in 1864 with public funds [6]. In accordance with the diocesan schools' bulletin, the preschool was located in the narthex of the church. Simeon Tumasyan is mentioned as a teacher [7].

The church in the Soviet and Post-Soviet period: During the Soviet era, the church was turned into a 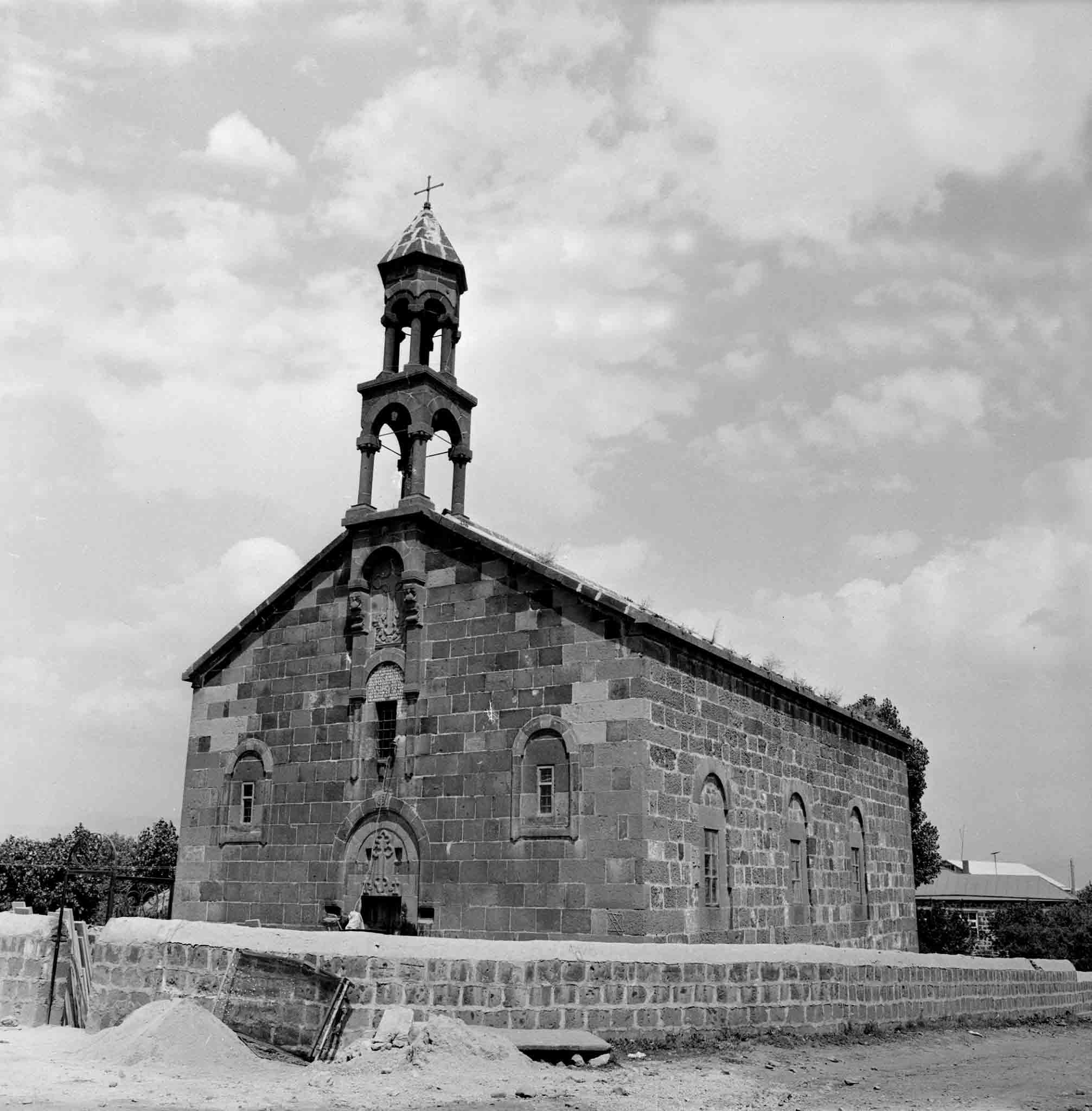 warehouse and did not serve its purpose until November 13, 1993, when the Primate of the Armenian Diocese in Georgia, His Grace Bishop Gevorg Seraydaryan offered consecration service and reopened the church. In 1995, the residents of Khojabek village celebrated both the 165 anniversary of the founding of the village and the 110th anniversary of the construction of the church. On August 13 of the same year, a Divine Liturgy was celebrated in Surb Sarkis church. The celebrants were Archimandrite Sepuh and Priest Yeghia[8]. 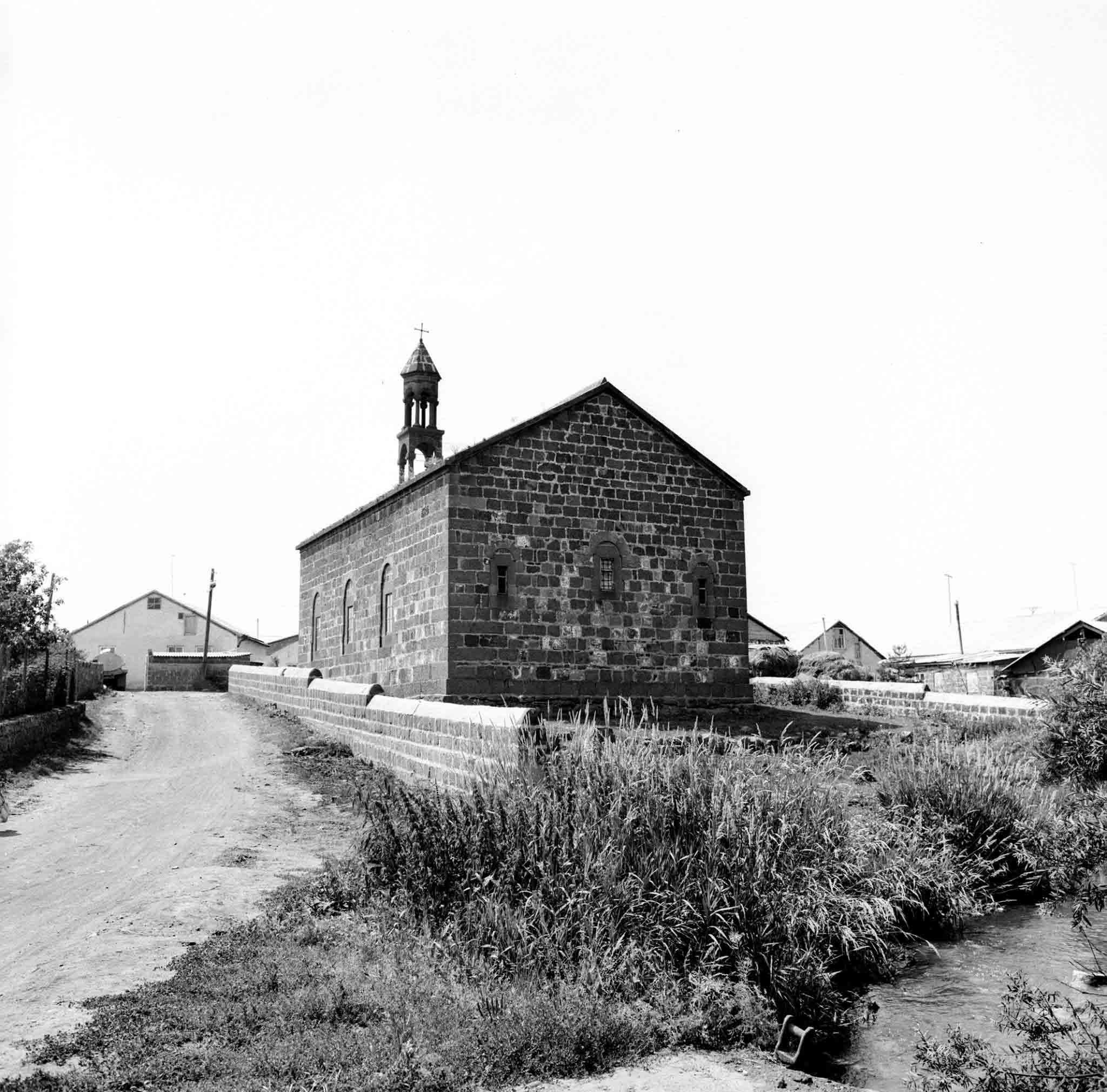 Renovation and reconsecration of the church: The further reconstruction activities were being implemented on the initiatives of the local pastor Rev. Father Armash Poghosyan. The church was renovated and the area was improved with the donation of Tatul Gharslyan and Armen Gharslyan brothers who were born in the village and living in Russia.

On July 4, 2010, under the presidency of the Primate of the Armnian Diocese in Georgia, His Grace Bishop Vazgen Mirzakhanyan and with the participation of the Prelate of Samtskhe-Javakheti and Tsalka's General Prelacy Rev. Father Babgen Salbiyan, the blessing service of Surb Sarkis church was offered, followed by Divine Liturgy [9].