The church was established in the first half of the 19th century.

Establishment of the church: The archival documents of Georgia and Imeretian Dioceses of the Armenian Apostolic Church as well as the press of that time provide information about Surb Astvatsatsin (Holy Mother of God) church in the village of Shamshulda. Particularly, there is a mention about one functioning church built of stone in the village in the Diocesan churches' bulletin of 1845-1846; the church had 219 parishioners and one priest at that time [1]. In the bulletin of 1875-1860 the church cemetery was also  mentioned [2]. The inscription on the tombstone preserved under the southern wall of the church (ԱՍՏ ԱՄՓՈՓԵԱԼ ԿԱՐ ՀԻՄՆԱԴԻՐ ՍՈՅՆ ԵԿԵՂԵՑՒՈՅ ՊԵՏՐՈՍ ՔԱՀԱՆԱՅ ԱՐԱՐԱՏԵԱՆՑ, Ի 1860 ԱՄԻ, Ի 10-Ն ՄԱՐՏԻ – HERE RESTS IN PEACE THE FOUNDER OF THIS CHURCH PRIEST PETROS ARARATEANTS, IN THE YEAR 1860, MARCH 10TH) shows that it was founded due to the efforts of priest Rev. Father Petros Araratyan. 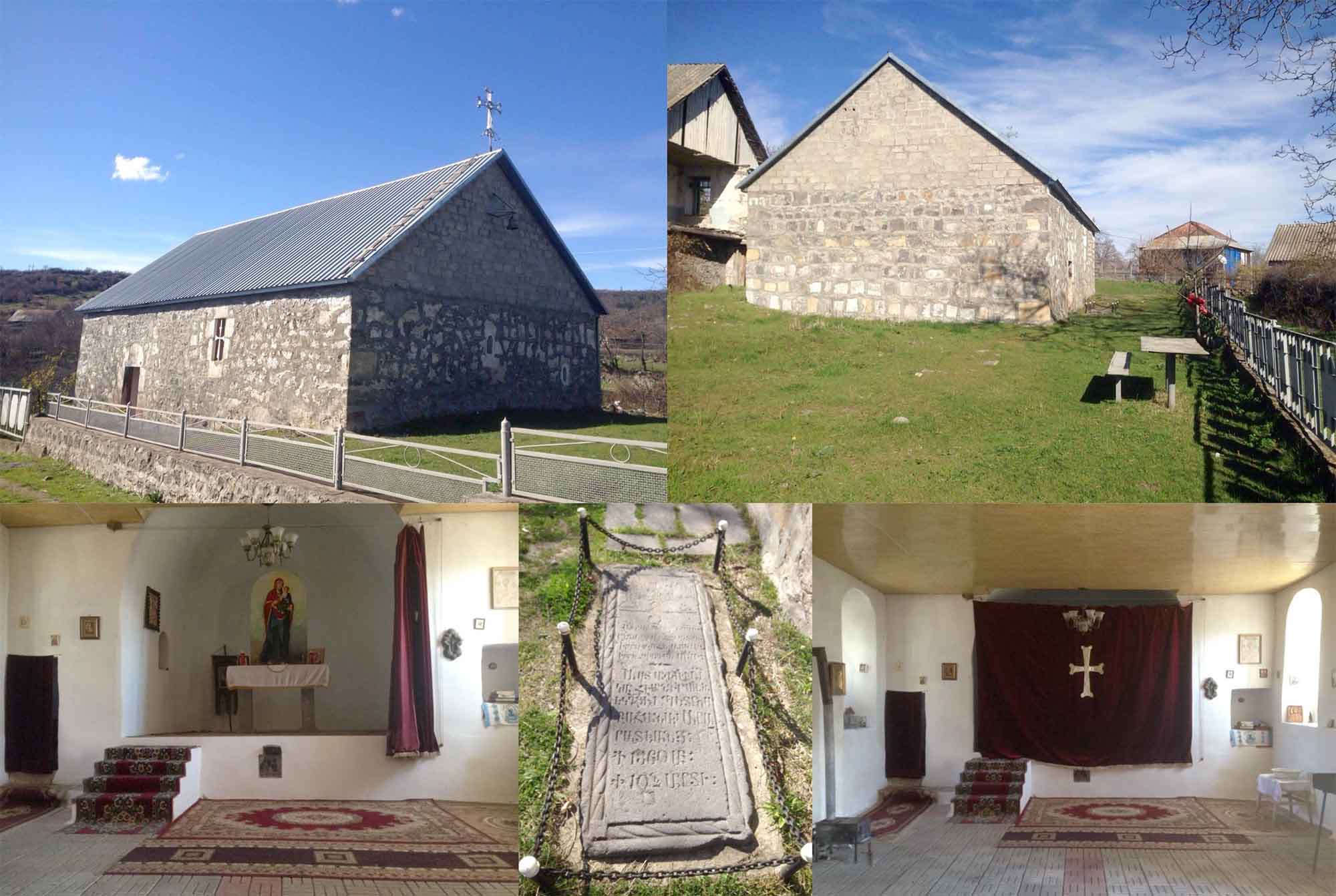 In the 70s of the 19th century the church was in a devastated condition [3]. In accordance with the data reported by ‘’Travel Memoir’’, as of 1884, there was one functioning church built of stone in the village. In archival documents, the church in Shamshulda is mentioned with the Surb Astvatsatsin (Holy Motherof God) name [4].

Places of pilgrimage: A small chapel built of stone and named Surb Astvatsatsin was located 1.5 verst (1,6002 km) away from Shamshulda village. A cross-stone (khachkar) with an Armenian inscription was erected in the center of the chapel [5]. There were ruins of numerous ancient buildings from the eastern part of the places of pilgrimage, on the outskirts of those places the famous fortress of Shamshulda was with strong double gates made of mortar. On the other side of the village there was another place of pilgrimage named Surb Gevorg (Saint George). The income from both places of pilgrimage were donated to the village college [6].

Architecture: The church is built of tuff (type of a stone) and has a hall-type. The external dimensions of the church are 14,35×7m. The entrance is from the southern side. The inside space is a large hall. The walls are plastered and painted.

School: In 1878, the correspondent of ‘’Meghu Hayastani’’ (‘’The Bee of Armenia’’) newspaper wrote that the village of Shamulda, like the other Somkheti (Armenian) villages did not have schools [10], but already in 1884, in accordance with the ‘’Ardzaganq’’ newspaper, the income of Surb Astvatsatsin and Surb Gevorg places of pilgrimage was donated to the college [11]. This means that in the 1880s the village already had a school. Later the school was closed. The local residents took actions in order to reopen the school in 1905-1906 [12].