The church was established in the first half of the 19th century.

The Blessing of Foundation of the church was offered in 1844.

Church foundation and renovations: The exact date of the foundation of Surb Astvatsatsin (Holy Mother of God) church located in the district called Zagametsots in Mets Shulaver village, Marneuli, Kvemo Kartli region is not known. It should be mentioned that a half-ruined church was located on the site of the same named church [1]. As of 1841-1842, the plan and the facade for the new church was ready [2] and already in 1844 the Blessing of Foundation of the newly-built church was offered by the Diocesan Primate Rev. Father Archimandrite Sargis Jalalyants [3]. 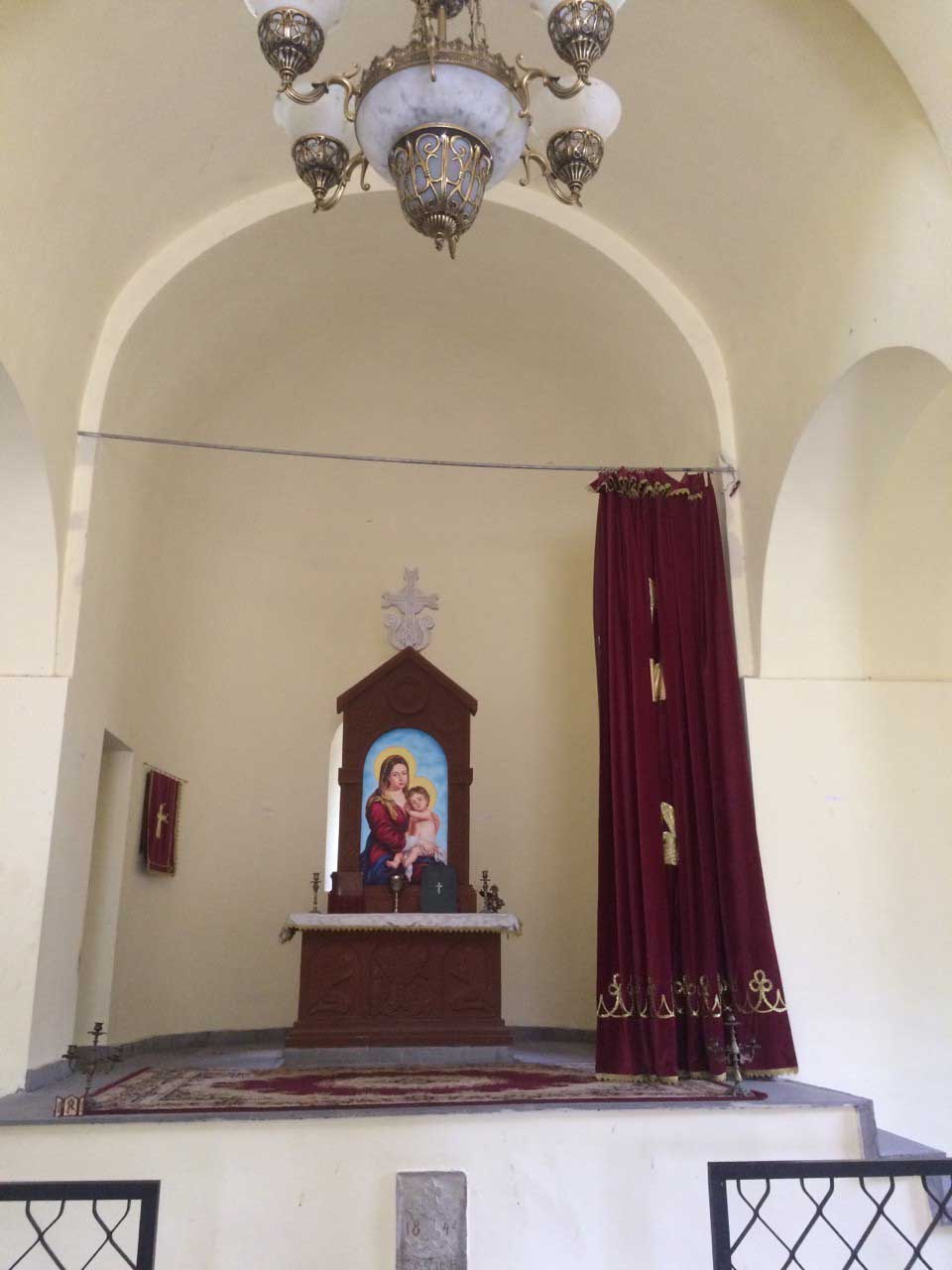 Later the church underwent many renovations. Particularly, capital repair works were implemented in 1862-1864. As of 1879, the belfry near the northern entrance was in a devastated condition [4]; the reconstruction works were carried out during 1887 [5]. Renovation was carried out also in the late 19th and early 20th centuries [6]. In 1913, Surb Astvatsatsin church needed renovation again, so steps were taken in order to organize that with the support of local spiritual officials. In 1916, the roof of the church and the interior walls were repaired [7].

The church in Soviet period: Surb Astvatsatsin church functioned until the 1920s. In 1923, the newly elected Board of Trustees was approved [8]. Afterwards, it was closed and turned into a warehouse. From 1989 to 1990, villagers in Shulaveri undertook the renovation of the church. In 1998, Diocesan Primate Rev. Father Archimandrite Gevorg Seraydaryan appointed Vahan Aslamazyan [9] as a church servant.

Architecture: Surb Astvatsatsin church is a structure with three pairs of columns built of raw stone 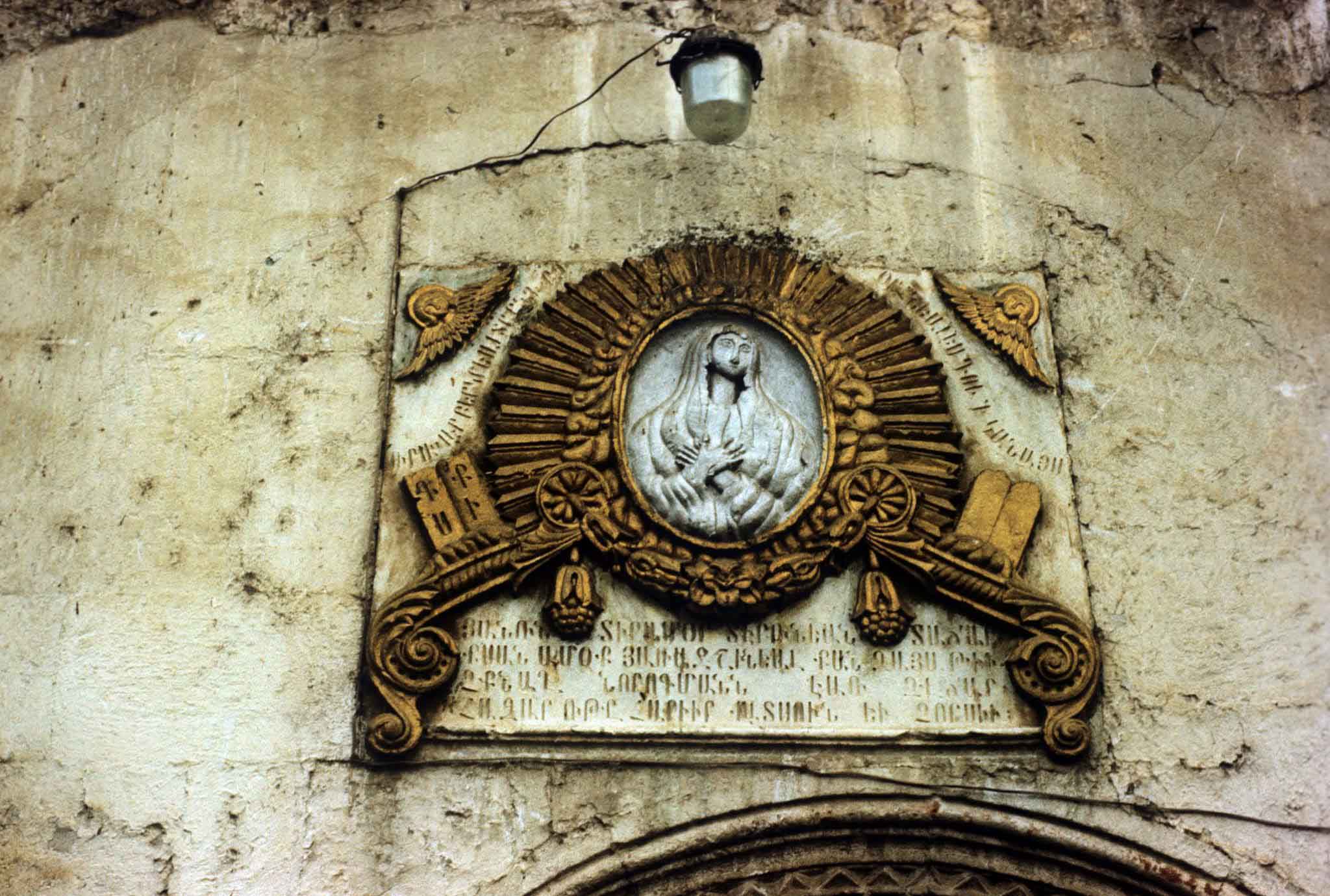 and mortar. It has been described by contemporaries as an ancient, arched building [10]. The columns and arches are built of hewn stone. It has two entrances from the northern and western sides. As a result of the repairs, a drum made of red tuff was added. The belfry is on the top of the western front. The overall dimensions are 18,30 × 11,00 m [11].

Economic condition of the church: In accordance with the church bulletin of 1857-1860, the main amount of money of Surb Astvatsatsin church was about 551 rubles and 89 kopeks in silver [12]. Archival documents of Georgia and Imeretian Dioceses of the Armenian Apostolic Church also provided information on economic activities of Surb Astvatsatsin church. In accordance with those documents, as of 1886, in addition to various church items, the church had two shops and adjacent land for the construction of the college [13]. 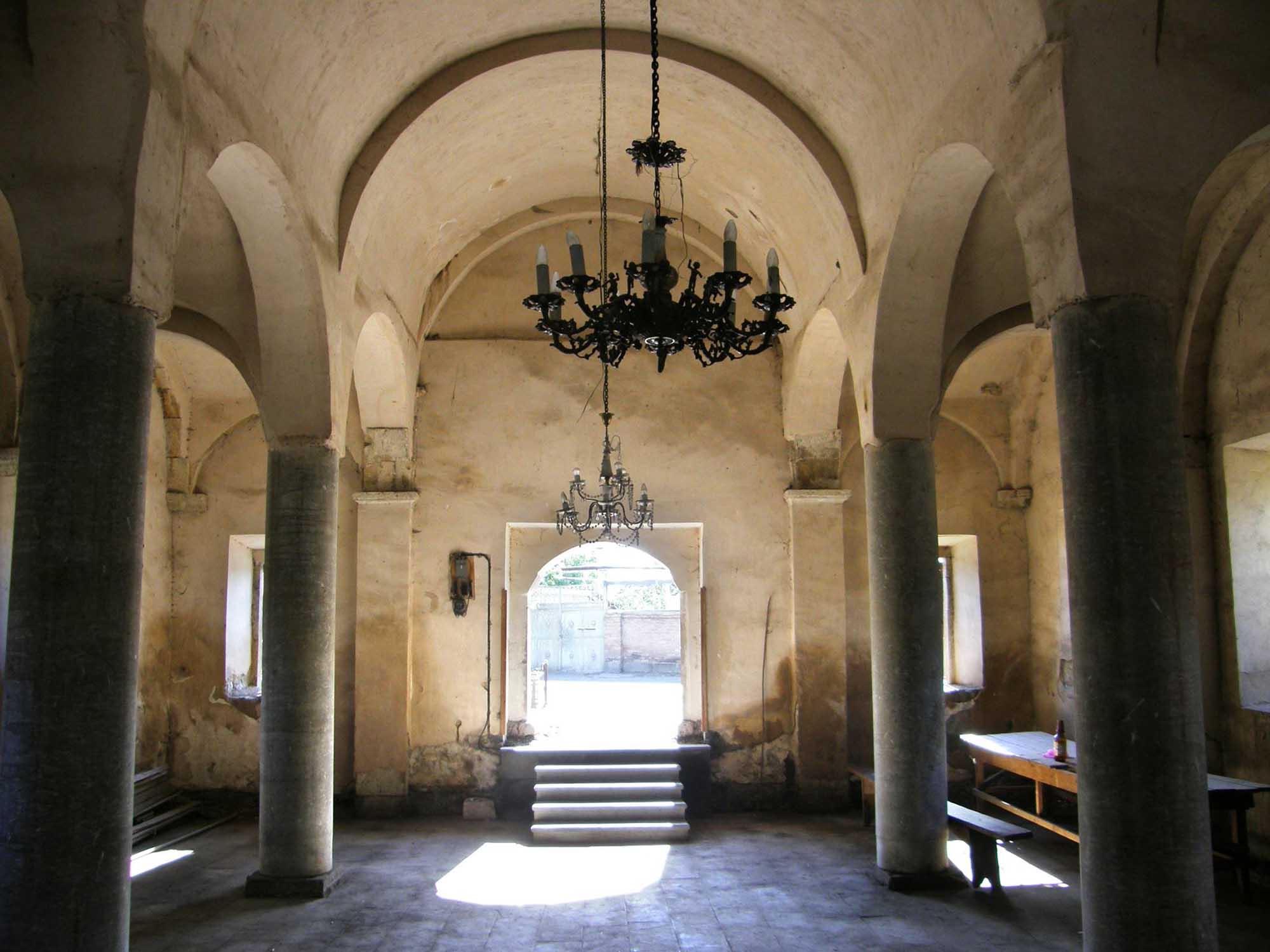 School: The village had both a male and a female parish school. In the 1890s a two-story college was built on the land adjacent to the church [15]. In 1893, the Gayanyan-Paravyan Girls’ College was built with the means provided by the local resident Simeon Paravyan [16].

On The south-eastern side of the village, on a hill, there was a place of pilgrimage called Surb Sargis (Saint Sarkis) and a chapel named Surb Kiraki (Holy Sunday). An ancient village named Siptakshen was on the south-western side, near which there were a chapel and a cemetery. There were inscriptions on the tombstones [19].

The reconsecration of the church:  On December 21, 2013, Surb Astvatsatsin church in Shahumyan settlement, Marneuli region was reconsecrated by the Primate of the Armenian Diocese in Georgia, His Grace Bishop Vazgen Mirzakhanyan with the participation of Prelate of the Samtskhe-Javakheti andTsalka's General Prelacy, Rev. Father Archimandrite Babgen Salbiyan and representatives of clergy. The renovation of the church which was in a  devastated condition for decades was initiated and organized by the Armenian Diocese in Georgia with donations of Hrach and Vitali Manasyans and Mikael Arabajyan. After the consecration of the church, the first Divine Liturgy was celebrated by Rev. Father Husik Harutyunyan.

In Shahumyan settlement besides of Armenians live Azeris, Georgians, Russians, Greeks, so not only having a place of prayer is important for local Armenians, but also having an opportunity to be baptized, be offered Matrimony, to live in accordance with the rules and national traditions of the Armenian Apostolic Holy Church [20].